Scary Proposal From Convention of the States Project 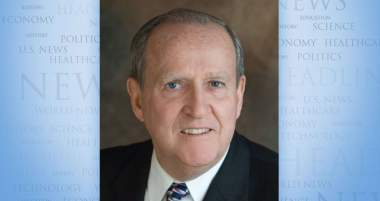 Scary Proposal From Convention of the States Project

Almost five years ago, in 2016, a group of state legislators got together in Virginia where they agreed to push for an Article V constitutional convention. Claiming that their proposal would be limited to only the amendments they have in mind, they ignored the historical reality that a constitutional convention (Con-Con) cannot be limited, and can do great harm. This easily understood fact is why there has never been a Con-Con in the 240 years since the U.S. Constitution took effect.

But the above good sense seems not to impress those who are willing to rely on the second way to amend the Constitution, the dangerous route that would open the document for a total re-do. The state legislators who met in Virginia in 2016 came up with six proposed amendments they want considered at a Con-Con they claim could be limited to only those six. One of their proposals would mandate term limits for members of Congress. Experience shows that enacting term limits results in swapping an elected official who is either a bad or good legislator and not getting anything except a repeat of the same performance from a new electee. Not a good idea and one that, by itself, should be discarded if truly Informing voters about why an elected official should be considered deficient is the way to obtain needed change.

The other five proposed amendments produced at the Williamsburg event would actually increase the power of the federal government, something most of the attendees who went to the meeting hoped to avoid. They were misled. Here are the dangerous amendments the Williamsburgers produced in 2016 for consideration at a national convention they were falsely told could be limited:

Most of the participants at the 2016 Williamsburg gathering didn’t want to increase federal power. But slick-talking Con-Con promoters persuaded them to go along with such proposals. The promoters of bigger government were overjoyed as they closed the proceedings that never should have been held. They urged those who attended (state senators and representatives) to have their states approve the call for a Con-Con, the very practice that has wisely been avoided for 240 years.

If two-thirds of the state legislatures approve a call for a Con-Con, there will be one and it could send the current Constitution to a dumpster. As to who the delegates to such a meeting would be, how many will represent each state, and numerous other rules that would have to be formulated, no one knows. But those who would like to see the current Constitution abolished surely have slick answers to all questions that might arise.

The push for a Con-Con can be likened to walking along a steep precipice on a very windy day. In other words, it amounts to possible suicide. Therefore, our two-part message to state legislators everywhere in the United States is simple: 1. Don’t vote for a constitutional convention. 2. If your state has already voted for such a dangerous gathering, take action to rescind what has been approved.