The USMCA Will Place the Average American Into Feudalism 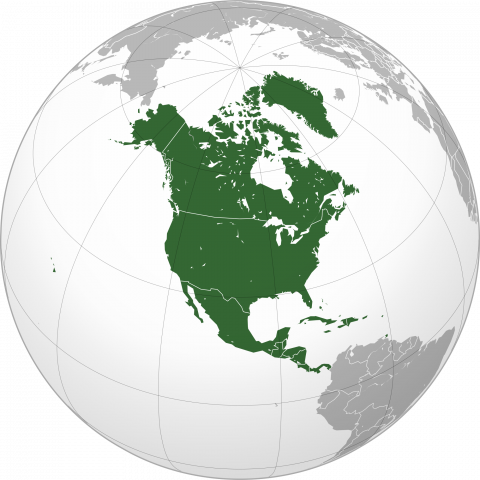 The USMCA Will Place the Average American Into Feudalism

In Part One, I detailed the history of trade agreements as a lead to help people understand what is coming with the USMCA. This is a combination of the TPP, the North American Union and NAFTA on steroids. The provision of this agreement will turn America into a corporate dictatorship.

This part of this series analyzes the economic, environmental and energy integration for the United States into the USMCA and none of this news is good. Trump is being deceived by his advisors and we need to reach out, collectively, and let the President know how we feel.

President Trump had better smell the coffee. His legacy is in danger if he approves this legislation in its present form. Something that the President has not fully realized is that his legacy is at risk with the American people. The USMCA is just another sovereignty-robbing, liberty destroying piece of legislation. All free trade agreements are born of the communist, new world order and enslavement documents. Here is a partial examination of the USMCA.

Christian Gomez, an expert on this topic, has produced a detailed analysis of the threat to America:

This would involve economic integration of currencies. Please allow me to make this simple. To achieve equalization of one currency, the high and the low must be averaged. For example, if it takes 11 Pesos to purchase one dollar, the midpoint would be 5.5. In other words if equalized unification of currency to the Amero, which the regional currency was named in 2006, the value of your money would be reduced by 200%. Are you ready to make that sacrifice?

The USMCA also promotes the United Nation’s concept of “sustainable development,” which is the cornerstone of the UN’s Agenda 21/Agenda 2030 program to address the purported problem of anthropogenic climate change. Agenda 2030 calls for the redistribution of wealth from richer developed nations to underdeveloped countries in the global south. It also advocates for numerous controls over people’s lives and daily actions; and imposes onerous regulations that would prevent developing nations from industrializing, in turn stagnating their economies.”

This impacts property rights and of all the USMCA provisions, this is perhaps the most egregious. You own your land, but not for long. Look at Virginia’s HR 152. You could be forced to give up part or most of your land to permit the construction of smaller unit housing on your land. However, nobody is paying you to use your land. Carried out to its finality, this will result in an established system of feudalism. Does anyone really think that Virginia governor, Ralph Northam, will ever allow 3rd party tenants on his land? Ostensibly, this is being done to alleviate the unaffordable housing crisis. However, this is classic communism by taking from those who have earned their wealth and giving it away to what every group the government deems deserving.

Professor Kian Goah, assistant professor of urban planning at UCLA, whose expertise includes urban ecological design in the areas of climate change and global urbanization, stated that what makes the California forest fires even worse is urban planning. Private property is in the way of proper land management. This marks a return to feudalism in modern day America. This is a pervasive belief of Democratic urban planners like Goah.  A subtitle of one his articles states, “if we want to keep cities safe in the face of climate change we need to seriously question the ideal of private homeownership.” How do you like being a serf on the globalist feudal manor?

…Chapter 8, entitled “Recognition of the Mexican State’s Direct, Inalienable, and Imprescriptible Ownership of Hydrocarbons,” simply states that “the United States and Canada recognize that”:

(a) Mexico reserves its sovereign right to reform its Constitution and its domestic legislation; and

(b) The Mexican State has the direct, inalienable and imprescriptible ownership of all hydrocarbons in the subsoil of the national territory, including the continental shelf and the exclusive economic zone located outside the territorial sea and adjacent thereto, in strata or deposits, regardless of their physical conditions pursuant to Mexico’s Constitution.

Although the USMCA promotes the integration of North American energy markets, Mexico will still retain full sovereignty and ownership over all hydrocarbon, or fossil fuels, within its geographical and political boundaries. While this is good news for Mexico, no other chapter in the USMCA affirms the same recognition for the United States’ or Canada’s sovereignty over its own hydrocarbons. In other words, as the lyrics by Woody Guthrie go, “This land is your land, this land is my land,” except what’s in Mexico’s land.”

This is solely being done to accommodate China. China controls PEMEX, Mexico’s state-owned oil company. This puts American energy providers at a distinct disadvantage. Do you think the Chinese will hesitate to charge you $10 per gallon, or more, for gas, under this agreement?

This article only examined the areas of energy, economic and environmental integration under the USMCA. Every bit of this agreement runs contrary to the welfare of this country. Gender and culture issues and more will be covered in Part III.  If we do not stop this, it is the end of America. The impeachment trial will delay action on this, but America does not have long.

Dave Hodges has been publishing the Common Sense Show since 2012. The Common Sense Show features a wide variety of important topics that range from the loss of constitutional liberties, to the subsequent implementation of a police state under world governance, to exploring the limits of human potential. The primary purpose of The Common Sense Show is to provide Americans with the tools necessary to reclaim both our individual and national sovereignty.