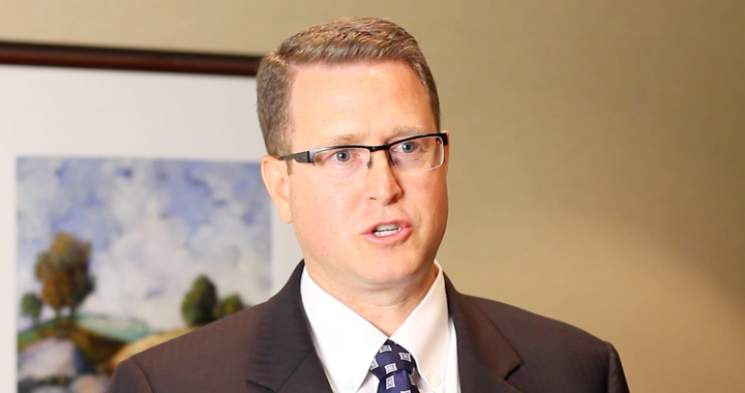 Washington State Representative Matt Shea (shown), who has been under vicious attack from political opponents and the media, is facing a possible vote of expulsion from the state House of Representatives, when the legislature convenes for the 2020 session on Monday, January 13. Amidst the cacophony of calls for him to resign, Rep. Shea has said, “I will not back down, I will not give in, I will not resign…. I will continue to defend the Constitution against tyranny and fight to protect our God given unalienable rights to life, liberty, property, and the ability to defend the same.”

Rep. Shea, a decorated U.S. Army combat veteran and distinguished constitutional attorney, has been targeted by the Left ever since he was elected to the legislature in 2008. He is widely recognized in progressive-left-controlled Washington State as a leading force for the right-to-life, the Second Amendment, property rights, traditional marriage, parental rights, and other liberty issues. With each election cycle the smears against him have intensified.

In December, the smear attacks escalated to an all-out media lynching, coinciding with the release of a dossier by the far-left Democrat-controlled House that accused him of engaging in an “act of domestic terrorism against the United States.”

Under our Constitution, anyone accused of a crime has a right to see all the evidence against them, to face their accusers, and to call witnesses in their defense.

I have been falsely accused of being a “domestic terrorist” by a private investigator who never spoke to the principals involved in the incidents she described and relied instead on anonymous sources. Based solely on this investigator’s dossier, the Speaker of the House said I “engaged in an act of domestic terrorism.”

This is a lie.

The Speaker also said she forwarded the dossier to the FBI and the US Attorney’s office.  I have heard nothing from either office in the month since she did so.  In fact, the only contact I have had with the FBI I am deeply grateful for — this past year agents contacted me to warn me of threats against me and my family as a result of these continued politically motivated attacks.

If the Speaker actually believes what she says, that I am a “domestic terrorist,” she should respect the ability and proper role of prosecutors and federal law enforcement to make a charging determination. Elected officials who casually accuse others of crimes without waiting for prosecutors to charge (much fewer juries convict), all with an eye towards overturning the results of elections they disagree with, are an ugly and corrosive feature of our modern political landscape.

The only member of the House to ever be expelled in Washington State was after they had been afforded due process and convicted of a crime. You don’t have to agree with my political views to believe that anyone accused of a crime has a right to see all the evidence against them, to face their accusers, and to call witnesses in their defense. These rights are guaranteed by our Constitution. Any action by the Legislature based solely on the dossier and without affording me those basic rights undermines the very pillars of our Republic.

I look forward to continuing to represent the people of my district. I do so with a renewed sense of the importance of our Constitution’s protections for the powerless against the vindictiveness of the powerful.

Readers can follow developments regarding Rep. Shea at www.voteshea.com or www.facebook.com/voteshea.