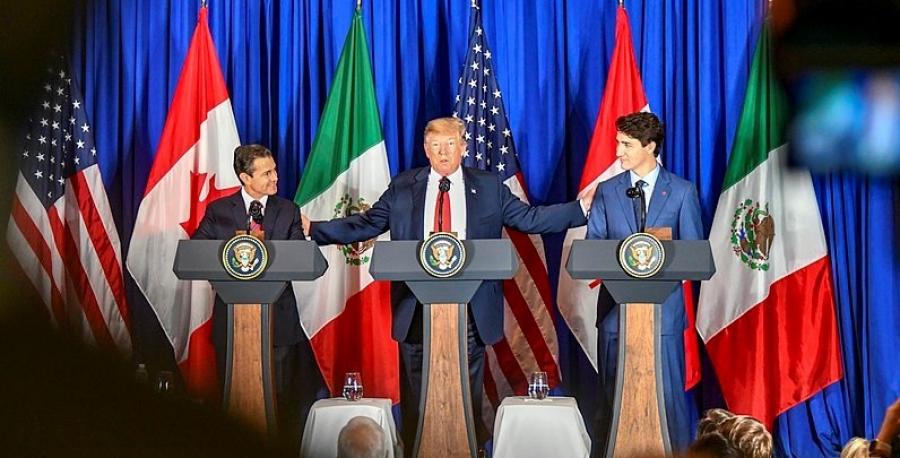 President Trump’s immigration reform has everyone holding their breath. From a campaign promise to build the wall, imposing new tariffs, and now threatening to close the border, uncertainty is looming. What is certain though is that the White House is aiming to have Congress swiftly approve the USMCA “trade deal” before the August recess. With some Democrat lawmakers flagging issues such as environmental standards, labor and enforcement rules, and more with pharmaceuticals, they are missing much larger threats with the USMCA that will directly affect your day-to-day life.

The United States-Mexico-Canada Agreement has been widely portrayed as an improved replacement for the NAFTA, yet it expands upon NAFTA and further deepens economic ties with Mexico and Canada. Originally politicians and lawmakers touted that NAFTA would increase economic growth and job creation. But we’ve seen the disaster it has caused! Now USMCA promoters are using similar tactics, without considering the ramifications.

The passage of the USMCA would certainly bring about a loss of sovereignty! Buried in the 2,325 pages of this new North American trade agreement is a Free Trade Commission, which surrenders well-fought-for independence and sovereignty to a regional governing bureaucracy. This trade commission ties U.S, Mexico, and Canada into a North American Union and compromises our sovereignty – as well as threatening the constitutional security for our rights to free speech, bear arms, practice religion, own property, fair trials, and much more!

The U.S. Constitution protects our God-given rights; the USMCA strips them away. If you are not willing to be governed by Mexico and Canada, this trade agreement must be stopped! The Democratic-controlled House is already working on getting a “yes” for its passage and might even side with the Trump administration to get it through. Now is the time to expose the USMCA’s underlying problem: the loss of U.S. sovereignty.

Dig deeper and take action with us today to stop the passage of the USMCA!

Published with Permission of JBS.org