Report: Your State Is Likely DESTROYING Your Money 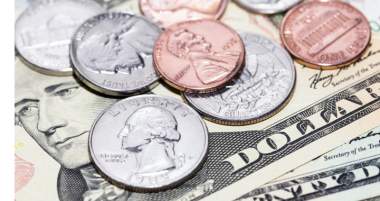 Report: Your State Is Likely DESTROYING Your Money

Your current dollars are worth less than four cents relative to their value in 1913, the year the privately owned Federal Reserve took over the banking system. What’s more, a recent report illustrates how states exacerbate the problem by “destroying” more tangible wealth: gold and silver.

Wyoming, Texas and Utah are the best states for money policy, with South Dakota, Alaska, Arizona, New Hampshire and Washington close behind.

That’s according to the Tenth Amendment Center, which focuses on protecting states’ rights.

“Is your state destroying your money?” asks the center’s report. “Most states are, but several have taken action in the last few years to support sound money.”

The index looks at all 50 states using 12 different criteria “to determine which states maintain the most pro- and anti-sound money policies in the country.”

The top eight states have implemented policies that repeal taxes on gold and silver, established gold and silver as legal tender and, make it easier to transact business with sound money. Texas has established a state Bullion Depository, the report said.

As stated earlier, a bit more than a century ago the dollar was worth 100 cents valued against gold or silver; today it’s worth less than four cents. What happened?

Dollar devaluation is easy to understand: It occurs when the U.S. Treasury prints money. This causes there to be more currency but not more actual wealth — or, as is said, more dollars chasing the same goods and services — causing individual dollars to be worth less and prices to rise.

To illustrate the point with an extreme example, imagine the government “just gave everyone in America $1 million,” writes Buy Bitcoin Worldwide. “Wouldn’t that be great if everyone in America became a millionaire overnight? Unfortunately, nothing would change, except prices would increase. Think about it. How much would you have to pay the plumber to come to your house, if he’s already a millionaire?”

In other words, the government is a legalized counterfeiting operation. This is great, of course, for the powerful entities first getting their hands on the newly printed bills, before the inflation they induce sets in. It’s not so good for everyone else.

Note here that the amount of money in circulation (money supply) increased more than 5,300 percent — rising from $286.6 billion to $15.3248 trillion — between January 1959 and November 2019. Talk about putting the printing presses on a spin cycle.

(Thus did economist Dr. Walter E. Williams once quip that were he a counterfeiter before a judge, he’d simply say he was engaging in “monetary policy.”)

Unfortunately, while that defense won’t get the little guy very far, what can help restore “sound money is repealing taxes on gold and silver,” the TAC reports states. The center continues:

Imagine if you asked a grocery clerk to break a $5 bill and he charged you a 35 cent tax. Silly, right? After all, you were only exchanging one form of money for another. But that’s essentially what [for example] Virginia’s sales tax on gold and silver did. By removing the sales tax on the exchange of gold and silver, Virginia will treat precious metal specie as money instead of a commodity. This represents a small step toward reestablishing gold and silver as legal tender….

“We ought not to tax money — and that’s a good idea. It makes no sense to tax money,” former U.S. Rep. Ron Paul said during testimony in support an Arizona bill that repealed capital gains taxes on gold and silver in that state. “Paper is not money, it’s fraud,” he continued.

The center also points out that the “United States Constitution states in Article I, Section 10, ‘No State shall … make any Thing but gold and silver Coin a Tender in Payment of Debts.’” Yet, currently, “all debts and taxes in South Carolina are either paid with Federal Reserve Notes (dollars) which were authorized as legal tender by Congress or with coins issued by the U.S. Treasury — very few of which have gold or silver in them.”

But is what’s a bad idea for the states really, somehow, a good idea for the feds? Some Founders certainly didn’t think so. “Washington wrote that paper money was ‘wicked,’” writes the Money Metals Exchange (MME). “Madison called it ‘unjust’ and ‘unconstitutional.’ Jefferson wrote that ‘its [paper money’s] abuses also are inevitable and, by breaking up the measure of value, makes a lottery of all private property.’”

In fairness, the MME is in the precious metals business, so it’s not exactly unbiased. It does seem certain, however, that giving the feds’ counterfeiting operation some competition can only be healthy. More and more states are doing just that, too, realizing that as with the power to tax, the power to print is the power to destroy.

Selwyn Duke (@SelwynDuke) has written for The New American for more than a decade. He has also written for The Hill, Observer, The American Conservative, WorldNetDaily, American Thinker, and many other print and online publications. In addition, he has contributed to college textbooks published by Gale-Cengage Learning, has appeared on television, and is a frequent guest on