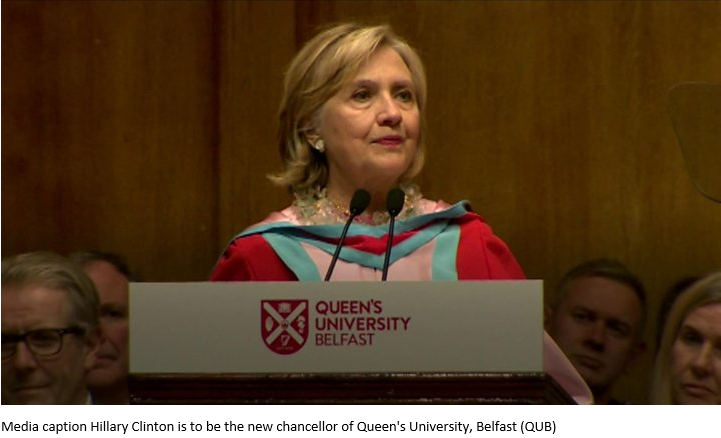 Media caption Hillary Clinton is to be the new chancellor of Queen’s University, Belfast (QUB)

Hillary Clinton is to be the new chancellor of Queen’s University, Belfast (QUB).

The former US secretary of state is the university’s 11th chancellor and first woman to take up the post.

In a statement, Mrs. Clinton said it was a “great privilege” to become the chancellor of QUB.

She takes up her role immediately and will serve for a period of five years, succeeding Dr Tom Moran – who died last year. 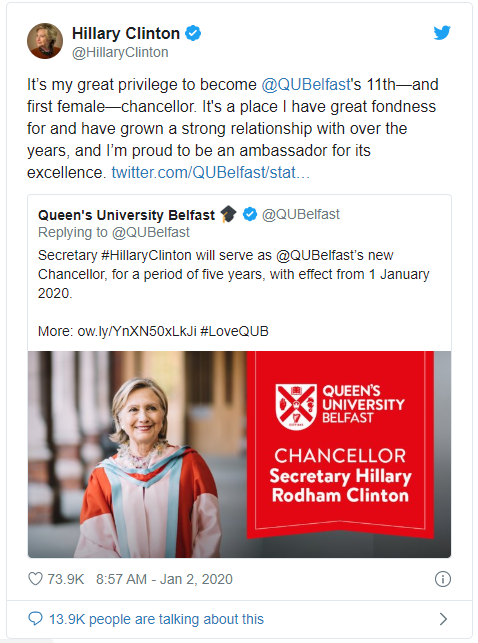 While the role of chancellor is mainly a ceremonial one, securing Mrs Clinton will be seen as a coup for Queen’s.

The chancellor often presides at graduation ceremonies and is also an ambassador for the university abroad. 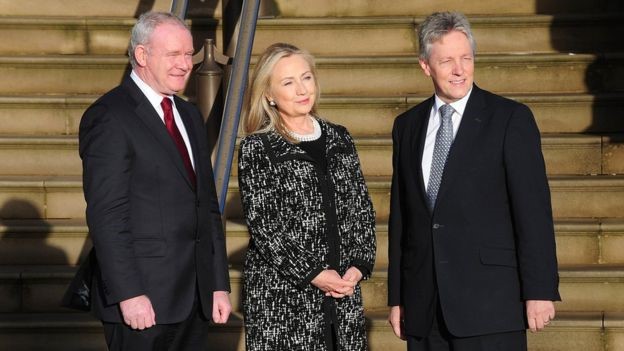 Mrs. Clinton will also act as an advisor to the vice-chancellor Prof Ian Greer and senior management.

The former Democratic presidential nominee previously received an honorary degree from Queen’s in 2018.

However, her connection to Northern Ireland stretches back over three decades.

She first visited Northern Ireland as First Lady in November 1995 with her husband, President Bill Clinton.

They spent a day meeting representatives from across the community and also switched on Belfast’s Christmas lights. 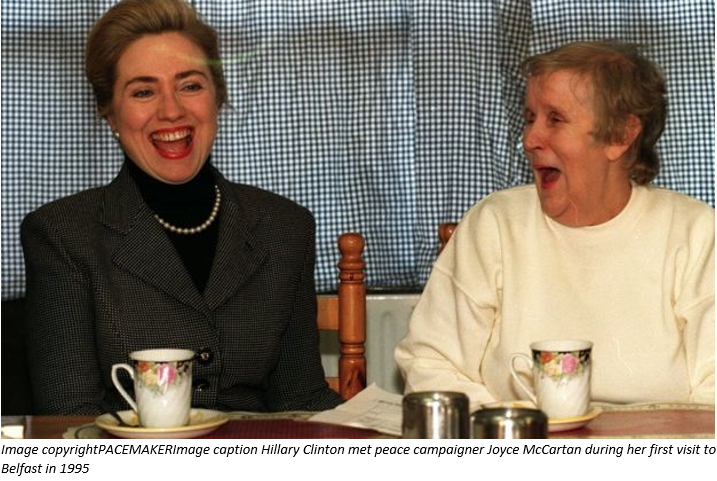 President Clinton was the first serving US president to visit Northern Ireland.

She was appointed US Secretary of State by President Barack Obama in 2009, serving for four years until stepping down in 2013.

However, after winning the Democratic nomination for the White House she lost the 2016 Presidential election to the Republican Party candidate Donald Trump.

Mrs. Clinton recently told the BBC that she was “under enormous pressure” to challenge President Donald Trump in next year’s election.

The chair of the QUB senate – the university’s governing body – Mr. Stephen Prenter said he was delighted that she was the new chancellor.

“Secretary Clinton has made a considerable contribution to Northern Ireland and as an internationally recognized leader will be an incredible advocate for Queen’s and an inspirational role model for the Queen’s community,” he said.