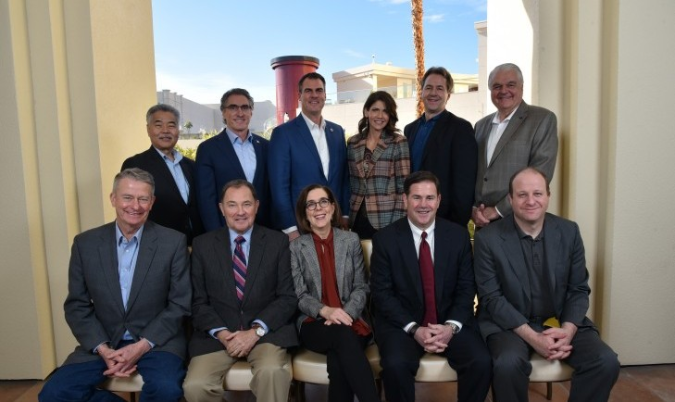 As the WGA advances their in-bed relationship with the feds, they have created their Center of Excellence for Improving the State-Federal Relationship

They have included a menu of items in their center, including an analysis of legal issues.

See:  States are Not Stakeholders

Flavors of the State-Federal Relationship –

Especially nauseating is the “Shared Principles on Federalism.”  While spouting the Tenth Amendment, WGA proceeds to use terms such as “American democracy,”  “state and local governments have been appropriately regarded as laboratories of democracy,” “State and local government officials are excited to work in true partnership with the federal government,” and “operating as authentic collaborators in the development and execution of policy,” the most interesting aspect is the number of regional groups who are part of this, CWAG, CSG West, WIR, and PNER.  WGA is on their own path now with regionalism, representation of citizens is gone.

While the link to the Coalition Letter is a 404, it was a letter sent to Congress in 2018 with Recommendations for Congress: Process Improvements to Build a Stronger State-Federal Relationship, this time listing the WIEB and WSWC as two more regional groups involved.

By all appearances, the Idaho Executive Branch has joined hands with other governors and regional groups to guide the direction of Idaho.  With the feds all wrapped up with Agenda 2030 I think we know what that means for us.