Guilt by Accusation? The Pillorying of WA Rep. Matt Shea as a “Domestic Terrorist.” 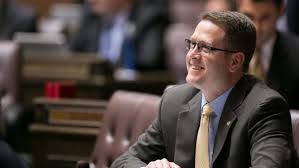 Guilt by Accusation? The Pillorying of WA Rep. Matt Shea as a “Domestic Terrorist.”

The Spokesman-Review is again fanning the flames under the feet of WA Rep. Matt Shea. The SR is hyperventilating, and it needs to take several deep breaths before reporting regarding the new stories on Shea in the Guardian and the contract “investigation” of Shea by the WA Legislature. There isn’t much new, only a rehash of old events. I’m waiting to see if there was any real further information that led the investigators to conclude that Shea is a domestic terrorist. Is this guilt by accusation in the court of public opinion driven by the nonobjective reporting by the media?

A read of Alan Dershowitz’s new book, Guilty by Accusation, is in order before folks lynch Shea.

I’ve warned both the SR editor, Rob Curley, and SR reporter Chad Sokol that the sources that underlie these stories are not reliable who selectively leaked out of context information. They are trolls that have a political agenda. Much of this has to do with the politics and make-up of the City Council in Spokane Valley. One operative was fired from his job in the City of Spokane for doing oppositional research and electioneering on city time during a post council election in the Valley.

Critics of certain elected officials are labeled as “extremists and terrorists” to marginalize and discredit them. The media takes such reports at face value and reports with bold headlines. I realize this region was once a hotbed of extremist activity, but I know many of these people who have been branded as extremists. While conservative, they are not “domestic terrorists.” They do seek to hold their government accountable. They do not advocate the violent overthrow of our government like Antifa does regularly. As an aside, the Guardian reporter has links to Antifa: The Guardian’s Jason Wilson on Cultural Marxism

Count me as an extremist too, who supports the State of Liberty, as Olympia does not represent the interests of our region regarding legislation and taxation.

If Shea was all that evil and a domestic terrorist, I think by now the FBI Joint Terrorism Task Force (JTTF) would have indicted Shea, and he would be in prison. Much information was given to the FBI with much fanfare. Why do you suppose? Perhaps there is no ‘there, there.’

The incident cited in Priest Lake is laughable. See this YouTube of the event https://tinyurl.com/teol2sw.

The Bundy incidents in Nevada and Oregon have many other sides that weren’t covered well by the media, including the overreach of the federal government.

Contrary to what others have said, I’m not a cop hater, but there are legitimate questions with the FBI’s sniper shooting to death of one of the activists at a road blockade (Wash Post https://tinyurl.com/t4jy4sy).

The Bundy cases were thrown out of court. There were problems with overzealous prosecutors who withheld exculpatory evidence. President Trump pardoned the ranchers in Oregon.

The Seattle Times quoted Ammon Bundy that Shea did not help him plan the takeover (https://tinyurl.com/sne9nnu).

I will stand by my previous assessment. https://tinyurl.com/rlqr6jo

Shades of Trump and the Deep State?