America now has proof: Democrats have become the tyrants America’s founding fathers warned us about 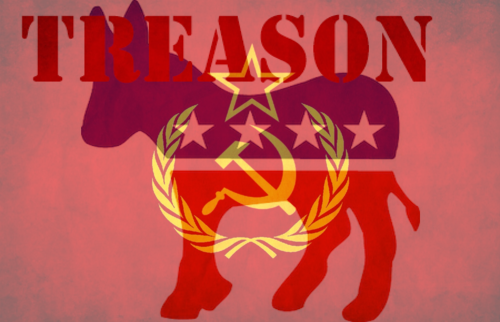 America now has proof: Democrats have become the tyrants America’s founding fathers warned us about

Many words were spoken yesterday, Dec. 22, many of them on the progressive socialist (Communist!) Democrat side have fallen on deaf ears, the American people know better. So much has been said about how President Trump endangered national security and extorted something from Ukrainian President Zelensky. Not one has explained how that was supposed to have happened. The money was not late until after September 30th.

Liar Adam Schiff has said that all the depositions from his start chamber have been released. Nothing is nothing further from the truth. John Ratcliffe asked ICIG Michael Atkinson about why his statement was not released and is even classified as “Secret.” The IG testified eight hours, and some of that testimony was exposed to have been about the informant “whistleblower” and the Adam Schiff staff meeting, which Schiff lied about.

So it was those within the impeachment circle including Schiff, Vindman and the informant Eric Ciaramella that had to get started on this process to meet the agenda of removing President Trump or damage him for the 2020 election. As has been said by many in the leftists’ cabal have stated, “If we don’t impeach Trump, he will win in 2020″.

It is the progressive socialist leftists that while speaking of constitutional integrity while ignoring the rot that they have produced in the impeachment process. 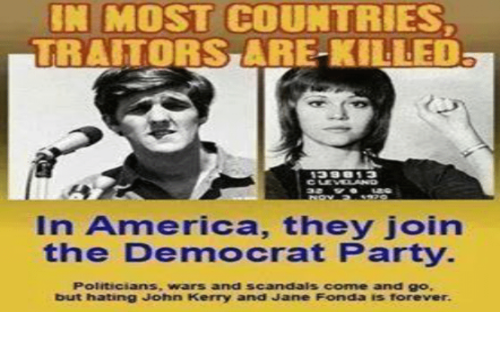 Also mentioned, Ambassador Taylor spoke of President Trump seeking a quid pro quo for a meeting at the White House. And yet, on June 17th, Taylor gave a letter to Zelensky congratulating on his election and inviting him to the oval office. Did he forget the letter, or did it not fit the narrative that Adam Schiff wanted to be pushed.

Sondland also has declared by the progressive socialists as to have to state that there was indeed a quid pro quo. During his testimony, he admitted that he did not know why the money was held and had no idea that an audit of all foreign aid had been started many months before. Amb. Volker testified that there was no linkage between a White House meeting and Ukrainian investigations. He also testified that the Ukrainians did not know anything about the pause on the lethal military aid.

Lt. Col. Vindman declared that it was legal to temporarily withhold the close to $400 million in aid to Ukraine.

Our media is complicit in this partisan sham. Following the agenda of the old Soviet-style Pravda they are attempting to manipulate the American people in steps that have been used before. Step one is the make up a bogus story; Step two is to plant it in the compliant media and stating it is what your opponents believe. Step three is to use the progressive socialist fact-checkers to ridicule those who believe the planted story. Such is what our media is doing now in blaring many stories about the President as defying the Constitution, stating that Trump is subverting the laws of order that our country depends on.

Not mentioned is the fact that Ukraine is stronger under President Trump. They put out disinformation that conservatives are haters, racist, corporate shills, and heartless. To this day, there are still leftists that believe that President Trump is a Russian agent and colluded with Russia in 2016. They claim that President Trump is going after Biden because he is a presidential candidate. Not mentioned is the fact that President Trump was asking about Burisma and 2015. Biden was vice president under Obama and the point man to Ukraine and threatened to hold a billion dollars of aid unless the Prosecutor who was investigating his son was fired. The Democrats declare that any investigation of Hunter Biden had ceased before Biden made his threat. The Prosecutor was days away from interviewing Hunter Biden when he was fired, That was a fact as revealed in conversations with not only the fired Prosecutor but by the Ukrainian government. Another lie that the leftists cannot let be known.

And the progressive socialists keep promoting the idea that Trump and the conservatives state Ukraine was the primary operator in the 2016 debacle and Russia. I have not heard one conservative state that, but it polls well in the media, so the leftists will continue to use the false talking point.

It is informative that, not having any sort of impeachable offense, they are now working hard to manufacture an attack worthy of impeachment. All the talk about President Trump not adhering to the Constitution and is a “clear and present danger” to the national security is laughable. They must have poll-tested the phrase because every sycophantic talking head is using the same term.

The progressive socialist has spent the past three weeks spewing words like extortion and bribery. San Fran Nan has said the evidence for these claims was devastating. Of course, the leftists’ rags that pass for news these days have trumpeted it all from on high attempting to convince the American people. But if the evidence was devastating, why is it not in the articles of impeachment.

They have now attempted to move on to wire fraud, another allegation with no place in reality. Even today, many of the progressive socialist Democrats have pompously spoken of President Trump withholding the aid for political or personal benefit. There is no proof of this at all, but it fits with all the other lies these leftists spew forth.

The leftists have tried to convince the American people that the President’s executive privilege does not pertain to impeachment proceedings in the House. Jonathon Turley has made it quite clear that he is entitled to executive privilege. Interestingly, the impeachment articles do not have any basis in the criminal statutes that are the basis for the rule of law in our country.

The House Democrats are considering not sending the articles of impeachment to the Senate until the Senate agrees to their terms. Leaving it in limbo will not help the Democrats. They have been whining about President Trump is taking further steps to cheat in the upcoming election. It has been made quite clear that those that the progressive socialists have chosen to run this sham through do not have the vaguest idea of how impeachment should work.

They are now calling for the Senate to call witnesses already protected by executive privilege in the Senate. The House is responsible for testimony from witnesses, not the Senate. Because Adam Schiff did not have the courage to take up the court case and wanted to push through with no evidence is not a situation where the Senate is responsible.

Not letting impeachment go to the Senate until they agree to the socialist terms that the House wants will further alienate the patriots of the country and force the progressive socialists of the Democrat party into a wilderness of which there may be no return. But it will come back to bite them in the Barr and Durham investigations. As the progressive socialists repeat over and over – no one is above the law.