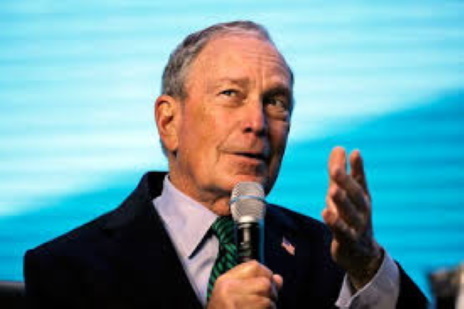 The former New York City mayor is now using Hawkfish to help collect data on voters and promote his run for president, the report noted, citing communication with a spokeswoman with the Bloomberg campaign. Two former Facebook big wigs are involved in the venture.

Hawkfish will be the “primary digital agency and technology services provider for the campaign,” Julie Wood, the spokeswoman, told reporters. The firm “is now providing digital ad services, including content creation, ad placement and analytics,” she added.

“Hawkfish appears to have been assembled in secret. It has no public website. A search of elections databases turned up no financial records connected to work for other Democratic causes,” CNBC noted in its report, which also notes that Hawkfish will help Democrats running for office.

Hawkfish began helping Democratic groups involved in races in Virginia and Kentucky, according to CNBC. Wood did not comment on which races Hawkfish worked on, the report notes, adding that the state’s progressive groups did not respond to comments about the group.

Democrats flipped the Virginia legislature in November for the first time in twenty years.

Former Facebook Chief Marketing Officer Gary Briggs is one of Hawkfish’s top lieutenants, the report notes. Briggs is not the only Facebook alum joining the cause. Former vice president of operations, Mike Buckley, also announced on Dec. 10 that he is joining Bloomberg’s team.

Another Hawkfish advisor, Tom Secunda, is a co-founder of Bloomberg LP and played a critical role in setting up Bloomberg Terminal, according to CNBC. The team is working double-time to collect data and pool together resources necessary to boost Bloomberg’s prospects ahead of 2020.

“It’s supposed to be very intense over there,” one Bloomberg employee who commented anonymously told CNBC. “Everyone was told you are not going to be taking any vacation between now and the end of this. Anything you need to do in your personal life, do it before you go over there.”

Bloomberg began booking up “massive” amounts of TV advertisements in November before announcing his candidacy. He bought air time in stations around the country and has spent more in just a few weeks than some presidential candidates do throughout their entire campaign.

“This buy is MASSIVE,” Advertising Analytics analyst Ben Taber told Politico in November. “We’ve only seen a few one-off stations but it looks like the buy is going to be at least $10 [million] for one week. Possibly way more.” Bloomberg

Despite being flushed with money, the former mayor is still struggling to get recognition.

A Dec. 20 Reuters poll, for instance, shows only about 5% of Democratic-leaning voters support his candidacy, up from 3% in mid-November before he announced his bid. He is sitting in fourth place among the 15 candidates.