Michigan: County Threatens To Demolish Amish Homes If They Don’t Give Up Their Religious Beliefs 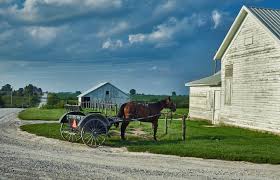 Michigan: County Threatens To Demolish Amish Homes If They Don’t Give Up Their Religious Beliefs

Over a dozen Amish families are being threatened by Lenawee County Michigan regarding their water supply and disposal.  The threats stem from the county health department condemning their homes, saying they are “unfit for human habitation” and filing lawsuits against 14 families in November.

If the county is successful in its pursuit to demolish the homes, which apparently are fit for human habitation as the families are living there, it would result in the loss of these families’ homes, but it should be noted that it is also an attempt to bend their consciences against what they believe to be right, whether you agree or disagree with them or not.

Of all people, the American Civil Liberties Union of Michigan (ACLU) and the law firm Wright & Schulte, LLC had come to the aid of the families and filed a countersuit against the Lenawee County Health Department for violating the constitutional and civil rights of the families.

“The county is persecuting this Amish community because of their deeply held religious beliefs that have safely guided their way of life for generations,” said Phil Mayor, senior staff attorney with the ACLU of Michigan. “Lenawee County residents should be outraged that their local officials, using taxpayer money and in the county’s name, have condemned their Amish neighbors’ homes and are threatening to demolish their houses, and leave them homeless. They should contact their county commissioners and other local officials and implore them to end this vicious attack on the Amish religion.”

According to the ACLU:

The Amish community in Lenawee County adheres to their “old order” religious way of life by hand-pumping water from wells, using outhouses instead of flush toilets, and not using electricity, cell phones, or automobiles. Despite the fact that the Amish community’s choice to live in traditional ways causes no harm to themselves or anyone else, the Lenawee County Health Department has condemned their homes, and is now asking a court to authorize the demolition of their property, unless the Amish community abandons its religious beliefs.

After harassing the Amish community for years regarding its water supply and disposal, the county health department posted signs on the Amish families’ homes earlier this year condemning them as “unfit for human habitation” and filed lawsuits against 14 Amish families in November. If successful, the lawsuits would result in the demolition of the Amish families’ homes and would effectively banish an entire religious community from Lenawee County. The ACLU and Wright & Schulte filed answers to those lawsuits today in Lenawee County Circuit Court, which include counterclaims against the county for religious discrimination in violation of the federal and state constitutions and the federal Fair Housing Act.

“This is not a question of public health — it’s Lenawee County officials using religious discrimination as a tactic to run this Amish community out of their homes and destroy their way of life,” said Richard Schulte, attorney with Wright & Schulte, LLC. “This community’s commitment to live according to their religion harms no one.”

On this issue, I can get behind the Communist ACLU, but only because they actually are appealing to law and calling out the lawless in this matter, and I do hope the Amish families prevail.