Could Little’s Budget Cuts Mean Higher Taxes on the Horizion? 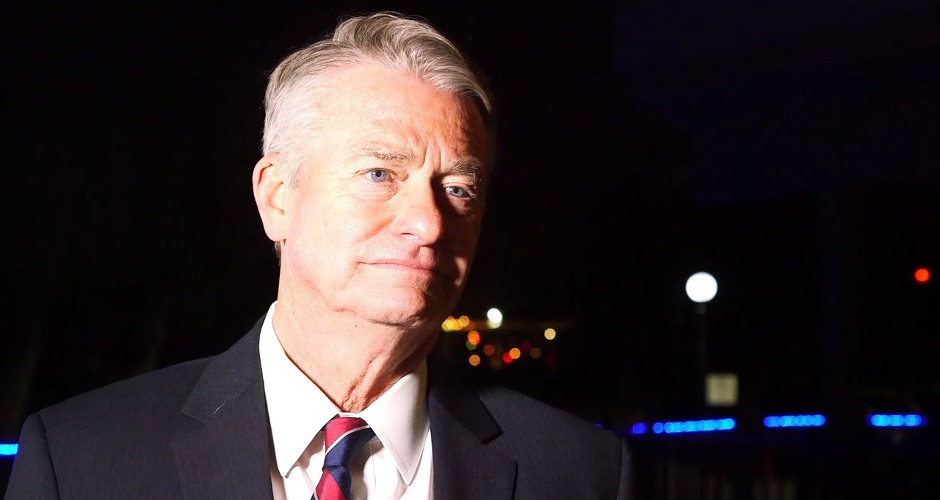 Could Little’s Budget Cuts Mean Higher Taxes on the Horizon?

Governor Little has asked all state agencies to cut their budgets by 1% for this year and 2% for next because of falling tax revenues. He has also asked our state colleges to cut their budgets by 1% this year and 2% next year. The only budgets that were not cut were those connected with K-12 education. Although the state has reserve funds of 486 million or 13% of the previous year’s tax collections, it seems that there is some serious concern about revenues.

With all the growth that is taking place in our state, we now need to be cautious but alas we think, is it too late? We were wondering if these cutbacks might not be a smokescreen to get everyone thinking government is doing what they can to cut expenses. Then in the next year or two if sales tax revenues continue declining, there would be a need to raise some other tax or even the sales tax to meet future needs.

Our state is required to have a balanced budget, but it doesn’t say how it should get there. Surly the downsizing of Micron and Hewlett Packard have had an impact on tax revenues, but we don’t hear anyone talking about that as of yet. Both of these companies had some of the highest paying jobs in the Treasure Valley and indeed revenues into the state coffers were sure to drop as they closed some of their operations.

Idaho is going through a transitionary period and we believe that many of those new residents coming from other states are in the retired category and therefore are not either high wage earners or big spenders. We talked about this a few years ago on the Kevin Miller Show with economist Steve Ackerman. Idaho has been one of the low-cost states to live in but those costs have been rising substantially over the past few years. If indeed we are right and more retired transplants move into our state, we are betting that there is another tax hike just around the corner.

Idaho is a very small state when it comes to total revenues as most of our output is agriculturally oriented. If we are relying on farm income to make up any difference in loss of revenue from high paying tech jobs, we should be careful as farm income has dropped 4 years in a row from 2013, when it was $2.02 billion, to just 1.3 billion in 2017. We got a pop in 2018 to 1.69 billion but who knows what will happen if these trade deals aren’t signed and tariffs removed by the Chinese. In any case, Idaho’s farm income has been in decline for four of the last five years and that is not a good omen.

While currently, Idaho ranks 9th in GDP growth, it ranks 16th in growth of young population and 6th in net migration. More details are available at this link.

When the Idaho Division of Financial Management Economic Analysis Bureau did their projections of personal income from 2017 to 2021, they were estimating that income would grow from 4% in 2017 to 5% in 2021. This would be quite a strong move, but we haven’t seen any analysis of how much this rise would add to disposable income. With the cost of housing rising faster than anyone had ever expected and taxes running rampant to the upside, it would be wise to temper those numbers in terms of disposable income, and that may be where Governor Little is coming from. Idaho is in desperate need of upgrading its infrastructure and that costs money, which it seems we have little of except for the reserve fund.

We believe that Governor Little is heading for some big trouble especially with the new Medicaid expansion which we estimate will have cost overruns galore once it is fully implemented. It will get a lot worse if the federal government decides to raise the amount the states are responsible for to 20 or 30%. We also believe that the projection of 92,000 on the rolls will swell to 140,000 in the next two to three years making it untenable for Idaho not to raise taxes to keep up with these costs.

The cost of infrastructure is going to continue to rise substantially as we are about 5 years behind the curve because of all the development that has taken place without any real planning for the future. Property taxes have already reared their ugly head and will temper any real gains in earnings along with the increased cost of housing. You can also forget all about those campaign promises of repealing the grocery tax as that is out of the question now. We never thought that was going to happen anyway, but we bet a lot of Idahoans believed the cronies who peddled it as part of their campaign promises if you elected them.

Idaho will face many financial problems in the next 3 to 4 years and we doubt that they will be solved without raising taxes on everyone in the state. Poor planning and crony politics are responsible for the problems facing Idahoans. I keep remembering Congressman Labrador’s campaign promise of 5-5-5 tax that he wanted to implement, but no one could figure out where he would get the money from. Well, the crony bureaucrats knew, which is why they fought so hard for Little.

We believe we know where he was going to get the money and it would have changed the bureaucratic quagmire we are currently living in. You ask how, by changing who got exemptions from the sales tax. He was also going to ask for the resignations of all the state bureau heads and have them reapply for their jobs. Bet most of them would not have made the cut to get their jobs back.

While we love this state we have called home for the past 26 years as it is still one of the last bastions of conservatism, we fear that the crony politicians will over time destroy it if they are not voted out of office. We have already seen Boise turn Blue. Meridian will soon meet the same fate. So, as we say, as goes the capital, so goes the rest of the state in time. We already have Gay Pride month, children protesting at the capital about climate change and our illustrious Governor declaring Columbus Day Indigenous Peoples’ Day.

How things have changed.