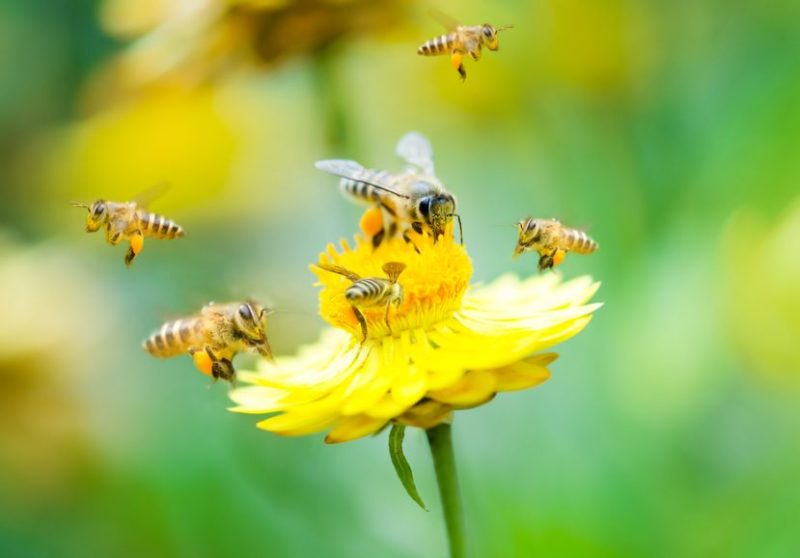 The House of Representatives Committee on Natural Resources recently approved HR 2854, the 2019 Protect Our Refuges Act, prohibiting the use of neonicotinoid insecticides in any of the nation’s 560 National Wildlife Refuges, some of which are the size of Delaware and even Indiana. The legislation will now be considered by the full House, while a companion bill (S 1856) makes its way through the Senate.

The legislation is unnecessary, misguided and based on embarrassingly bad science. Rather than protecting our refuges, it would force farmers to use other insecticides that truly are harmful to bees, birds and other wildlife (and even humans), or end programs to grow crops that nourish refuge inhabitants and visitors. Sadly, the forces driving it forward are par for the course on far too many ecological issues.

The twin bills are designed to reinstate a 2014 Obama-era US Fish & Wildlife Service (FWS) ruling that banned neonic use in refuges, in response to sue-and-settle lawsuits and intense pressure from anti-pesticide groups. The FWS reversed the ban in 2018, after analyzing multiple scientific studies that found the insecticides are safe for bees, birds and other wildlife. The reversal once again allows the use of neonic-coated seeds or neonic sprays in parts of certain refuges where cooperative agreements between the FWS and farmers permit growing corn, alfalfa, sorghum, soybeans, wheat, clover and other crops.

Such agreements are employed when the Service determines that it cannot meet its wildlife enhancement and refuge management goals without assisting natural ecosystem processes. Refuges benefit from farmers providing more food for wildlife, including bees and migrating birds, under conditions set forth by the FWS. The farmers benefit from harvesting and selling the remaining crops.

The arrangements have worked well for decades. However, some environmentalist groups oppose any pesticide use (and even biotech crops) in refuges, while others oppose all farming (and grazing) in refuges. In recent years, they focused on neonics, alleging that this new insecticide technology threatens honeybees. After the 2018 decision, they sought legislation like HR 2854 to impose their views.

For years they had claimed neonics were causing “colony collapse disorder” around the world. When “bee-pocalypse” claims were disproven by studies in multiple countries, and by the rapid recovery of honeybee colonies from Varroa destrutor mites and other lethal pests and diseases, the groups shifted their attention to wild bees, about which far less is known. More recently, they have claimed birds are affected.

HR 2854 sponsor Rep. Nydia Velázquez (D-NY) insists that neonics are “toxic chemicals” that “infect” our soil and waterways, threaten biodiversity, bees and other wildlife in our refuges, and just pad “the bank accounts of chemical manufacturers.” She rarely lets reality get in the way of her rhetoric.

In a fascinating new article that should be required reading for every Member of Congress prior to voting on these bills, science journalist Jon Entine presents the facts about neonics, and depressing details about the junk science behind the ongoing activist and media frenzy about alleged threats to birds and bees.

For example, claims that bees are harmed by neonicotinoids are based on lab tests that exposed honeybees to dozens of times more neonics than they would ever encounter foraging for pollen or nectar. Assertions that birds are endangered by the same Imidacloprid are based on studies that force-fed sparrows the equivalent of at least 120 corn seeds at one time. Moreover, that earliest of all neonics is tens of times more toxic to birds than neonics that are actually used to coat corn, canola and other seeds today.

Moreover, neonics are used on only a few of the crops commonly planted in refuges (corn, alfalfa and wheat, for instance, but not clover), and not all those crops attract bees or birds. It’s a complex reality, which should not be (but too often is) simplified by cheap slogans and sound bites to drive agendas.

Neonicotinoids have become the world’s most widely used insecticide class because they work and are safe. At times they sprayed on fruits or vegetables, but about 90% of them are used as seed coatings. Either way, but particularly with coated seeds, their pest-killing properties are absorbed into plant tissues and so affect only insects that actually feed on the crops, especially early in the growing season. Neonics also reduce the need for multiple sprays, often with more harmful insecticides.

By the time the plants flower and attract bees, the amount of “neonics” in flowers, nectar and pollen can be measured in a few parts per billion, equal to a few seconds in 32 years.

This helps explain why dozens of extensive field studies in multiple countries found no harmful effects from neonics on bees under real-world conditions. That fact and increased success in controlling Varroa mites and bee diseases helps explain why hive numbers and honeybee populations have rebounded nicely. Most wild bees are also healthy, despite little-reported problems, such as diseases carried to wild bee colonies by their domesticated cousins.

Moreover, a 2015 study found that most wild bees never even come into contact with crops, or the neonics that supposedly threaten them. Only 2% of wild bees do much crop pollination in any event, and thus get exposed to various neonic pesticides; yet they are among the healthiest of wild bee species.

Bird counts are up, down or stable, depending on the species, while the sparrows used in the forced-feeding study have increased in numbers since neonics were introduced in the 1990s.

In recent decades, a lot of habitat and forage land has been lost to housing, business and shopping mall developments, solar installations, biofuel farms and other changes. The extra nourishment that crops planted in refuges can provide often offsets those losses. Farmers and ranchers should be given incentives to plant crops, not subjected to bans, disincentives, and increased costs that reduce flowers and forage.

More land dedicated to corn, sorghum, canola and other monoculture crops for biofuels has also reduced overall wildlife habitat land and flowers that bloom later in the season, nourishing bees during the critical weeks before winter sets in. Refuges planted with clover and other flowering crops can help here too.

Farmers who do plant these crops – and the bees that benefit – are much better served by neonic-coated crop seeds, than they are by a return to outdated insecticides that neonics have largely replaced: such as pyrethrin and organophosphate pesticides, which definitely do kill bees and other beneficial insects, threaten birds and other wildlife, and pose poisoning, cancer and other health risks to humans.

This higher-risk category includes crop-protection chemicals used by organic farmers. They may be “natural,” but many are highly toxic to bees – and people. Pyrethrum and pyrethrins can kill bees on contact; these powerful neurotoxins have also been linked to leukemia in humans. Rotenone is also highly toxic to bees and fish and can enhance the onset of Parkinson’s disease. Copper sulfate fungicide is highly toxic to soil organisms, fish and aquatic invertebrates – and to human brains, livers and hearts.

Rep. Velázquez needs to acknowledge these realities. She should also recognize potentially serious threats to bees, wildlife, soils, waters and plants in refuges from sources that she, her colleagues and their environmentalist and media allies routinely ignore: solar panels, for instance. Not only do they blanket many thousands of acres, allowing little to grow beneath or between them. They can also leach cadmium and other metals into soils and waters. They should no longer be built near wildlife refuges.

Finally, it’s not just bees. It’s also birds, and bats – which are already being killed and even eradicated in many areas by America’s 56,000 wind turbines. Imagine what Green New Deal turbine numbers would do.

If Ms. Velázquez and her colleagues truly care about bees, birds, bats, other wildlife and refuges, they would hold hearings on all these problems – and enact legislation to address them. At the very least, Members of Congress should pay attention to the facts and studies noted here before they vote on HR 2854 or S 1856.