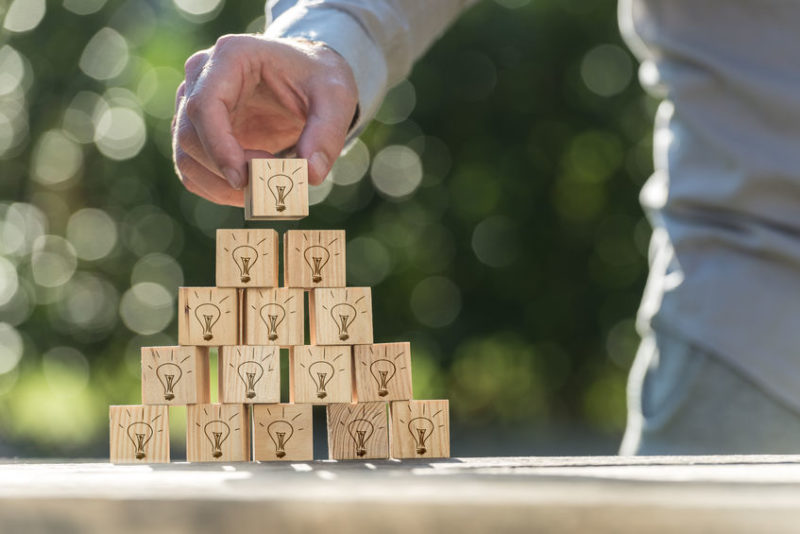 Every year the UN produces a climate action report just before the annual climate summit (this year COP 25 in Madrid). This time the UN greens have outdone themselves, but not in a good way for them. The UN Environmental Program has produced a report that graphically demonstrates why what they want to happen is impossible.

I call this graphic the Impossible Pyramid. It is starkly simple and worth careful contemplation, especially by the 20,000 climate action negotiators in Madrid and their bosses at home. Yet, the people who should really care are the ones who would be clobbered.

The report is titled “Emissions Gap Report 2019”, which sounds like there is a gap of some sort to be filled. This turns out to be a gross understatement, to say the least.

The graphic is Figure ES.4. “Global GHG emissions under different scenarios and the emissions gap by 2030.”

The basic structure of the graphic is a simple pyramid. On the left it rises rapidly to a peak, after which it falls rapidly on the right. The x-axis on the bottom is time and the peak is now. Thus the rapid rise on the left is real while the rapid decline on the right is not. It is a hoped-for-fantasy, over the next ten years, between now and 2030.

What is rising and falling (the y-axis) is global human CO2 emissions. What the graph says is that emissions have been rising rapidly (primarily in the emerging economies) but now they must suddenly stop and then fall rapidly.

This nonsense is impossible — politically, socially, economically and even physically. Most importantly, consider what the rapid rise signifies. It is billions of people greatly improving their lives, with things like electricity and mechanical transport. Light, heat, running water, computers and TV, scooters, cars, tractors and much, much more. There is no way this dramatic progress is going to suddenly stop and reverse.

The difference between the left and right sides of this pyramid is not a gap and calling it such is hugely deceptive. We are talking about reversing human progress.

The report specifically calls for social disruption. Here is some of the social revolution stuff, from page X of the Executive Summary (couched in the nicest possible terms):

“Decarbonizing the global economy will require fundamental structural changes, which should be designed to bring multiple co-benefits for humanity and planetary support systems. If the multiple co-benefits associated with closing the emissions gap are fully realized, the required transition will contribute in an essential way to achieving the United Nations 2030 Agenda with its 17 Sustainable Development Goals (SDGs).”

“Climate protection and adaptation investments will become a precondition for peace and stability, and will require unprecedented efforts to transform societies, economies, infrastructures and governance institutions. At the same time, deep and rapid decarbonization processes imply fundamental structural changes are needed within economic sectors, firms, labour markets and trade patterns.”

“By necessity, this will see profound change in how energy, food and other material-intensive services are demanded and provided by governments, businesses and markets. These systems of provision are entwined with the preferences, actions and demands of people as consumers, citizens and communities. Deep-rooted shifts in values, norms, consumer culture and world views are inescapably part of the great sustainability transformation.”

“Legitimacy for decarbonization therefore requires massive social mobilization and investments in social cohesion to avoid exclusion and resistance to change. Just and timely transitions towards sustainability need to be developed, taking into account the interests and rights of people vulnerable to the impacts of climate change, of people and regions where decarbonization requires structural adjustments, and of future generations.”

So the UN clearly says that we are to restructure society, plus reversing energy progress, in order to pursue an impossible goal. This is like the statements of nonsense promoted by the radical alarmists, except now it is the United Nations saying it. No major government is prepared to take these absurd steps. In fact most are pulling back from any new near term emission reduction commitments. It simply cannot be done.

They do mention some technological approaches, but nothing of this magnitude could be done in ten years. We couldn’t even build the factories that fast and the cost of the revolution would be crippling.

Note too that there are actually three right sides to the Impossible Pyramid, each sloping rapidly downward but at slightly different rates of descent. They correspond to what the UN claims is needed in order to limit warming to 1.5, 1.8 and 2.0 degrees C.

These numbers are also hugely misleading (along with the term “gap”). Each target already includes the supposed 1.0 degrees of past warming over the last 100 years or so. Thus these targets, for which we are supposed to sacrifice our energy supply and restructure human society, are really just 0.5, 0.8 and 1.0 degrees of future warming. These are tiny amounts of global warming, the very opposite of catastrophic.

The targets are trivial and the means impossibly disruptive. This simple UN graphic says it all. Governments may talk the talk but they ain’t going to walk the walk. I find this rather comforting, except for the noise.