Holiday Blessings From the Democrat Party 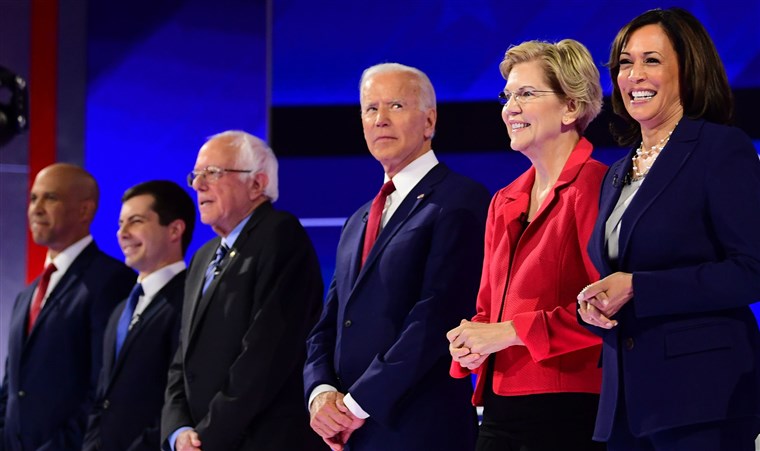 Holiday Blessings From the Democrat Party

My Thanksgiving column listed quite a few reasons to be thankful for President Donald J. Trump. But I’m still in a holiday mood. And the Democrat Party’s presidential candidates deserve credit too for delivering holiday blessings too.

I’m thankful the Democrat party’s candidates are so awful. Even Barack Obama is disgusted. Have you seen Obama’s comments about the Democrat field? He’s not happy with any of the candidates. He believes they’re too radical and extreme to win. Might be the first time I’ve ever agreed with my old Columbia college classmate.

Obama reportedly told a Democrat candidate that Joe Biden doesn’t have what it takes to win the White House. Even the liberal New York Times reported Obama quietly urged Biden not to run.

And thankfully Biden’s fertile elderly mind keeps making him talk about his hairy legs and how much little children want to sit in his lap and rub his legs in the pool. What? Yup.

By the way, Biden is in fourth place in a new poll in New Hampshire. Bernie Sanders now leads the field. Probably because Bernie can give a speech without discussing hugging little girls, or his hairy legs.

But Obama is no fan of Bernie Sanders either. Politico reports that Obama warned he will step in to prevent Bernie Sanders from winning the Democrat presidential nomination.

Then there’s Elizabeth Warren. She was the new leader for about a month. The latest national Quinnipiac Poll shows Warren plunging by half. She was at 28% last month. Now she has free-fallen to 14% and third place. Liberal commentator Donny Deutsch summed up my view. He says if Warren is the nominee, Trump wins by a landslide.

Why is this happening? Because the Democrats have no candidate that can beat Trump. That’s why Democrats cling to a new “flavor of the month.” It’s all about hope and desperation.

The latest “flavor of the month” is Pete Buttigieg. I’m sure my liberal critics will be shocked to hear I couldn’t care less that he’s gay. I’m a Libertarian when it comes to bedroom issues. But Mayor Pete has a much bigger problem: he’s a small town Mayor with zero accomplishments.

Mayor Pete’s town (South Bend) is falling apart. Crime is through the roof. Violent crime is dramatically higher than other neighboring towns. His own police department hates him. He should be home dealing with the mess he presides over. Nope. He thinks he deserves to be president of the United States. My educated guess is he couldn’t win re-election as South Bend Mayor.

That’s precisely why Tom Steyer, the first billionaire to jump in the Democrat presidential race, has spent tens of millions, and in the latest Quinnipiac Poll he’s at 0%. Even Tulsi Gabbard beats Steyer.

Being a billionaire isn’t a positive in the Democrat Party. But in the end, Tom Steyer has the same problems as Bloomberg: he’s a stiff. He’s boring and thoroughly unlikeable on television. All the money in the world can’t change that. You can’t buy a personality.

Then we come to the message. Bloomberg just said, “the USA needs an awful lot more immigrants, rather than less.” That line may play in New York City, where English is no longer the main language, but in the rest of America, Bloomberg just committed political suicide.