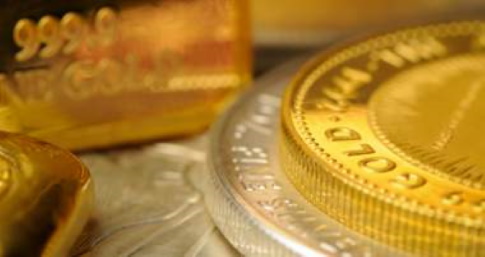 A bill filed in advance of the next legislative session would make gold and silver legal tender again in the state of South Carolina.

State Representative Stewart O. Jones submitted legislation that would restore gold and silver to their status as legal tender in his state.

In an op-ed written in October, Representative Jones set out the sound economic principles that support his proposed statute:

To understand the full extent of the debt and the destruction of the dollar, it’s essential to realize that paper money has a history of being printed as bills of credit to finance runaway government. In 1775, the founders attempted to use paper money without gold or silver backing, and they found that the inflation robbed them of any value. In 1788, Thomas Jefferson wrote: “Paper is poverty. It is only the ghost of money, and not money itself.”

Finally, in 1971, the Nixon Administration suspended wages, issued price controls, and canceled dollar-to-gold convertibility, completing the final step in ending the “gold standard.” This gave the central government planners — and the federal reserve — the power to print money without restraint. This is how the national debt has been able to reach the levels that it has. The only thing backing the US dollar today is public debt.

“Gold and silver coins minted foreign or domestic shall be legal tender in this state,” H4678 declares.

Historically, there was no need to explain the effectual use of gold and silver as money. As Jones writes in his article:

Both James Madison and Thomas Jefferson warned that “the greatest threat to be feared” was the “public curse” of “public debt”, and that “banking establishments are more dangerous than standing armies.” The founding fathers understood the dangers of centralized manipulation of the money supply, the hidden taxation of inflation, and the control of buying power.

They understood that gold and silver are real money.

It is his understanding of the universal and historical benefit of gold and silver as legal tender that Jones’ claims spurred him to submit his bill to the South Carolina state legislature. Again, from his article:

This is exactly why, in my home state, I will soon be filing the “2020 South Carolina Sound Money Bill,” allowing South Carolinians to use gold and silver as legal tender. I will also introduce legislation to exempt gold and silver from capital gains tax, both of which are already exempt from sales tax in South Carolina. We the People can restore sound money by using the Ninth and Tenth Amendments to the US Constitution.

The key to protecting the American way of life from the federal reserve’s obliteration of our currency rests with the legislatures, but we must heed the lessons of history now.

Until and if Jones’s South Carolina Sound Money Bill is signed Into law, the laws of the Palmetto State require that all debts be paid in Federal Reserve notes or in coins issued by the government of the United States.

This is in direct contradiction of Article I, Section 10 of the U.S. Constitution, which reads, “No State shall … make any Thing but gold and silver Coin a Tender in Payment of Debts.”

Distinct from many other unconstitutional programs and policies forced upon the people of the United States by judges, lawmakers, and presidents, the compulsory use of Federal Reserve notes as legal tender “for all debts, public and private” is an open and hostile affront to the blackletter of the Constitution.

One could make a bit more of a connection between the violation of Article I, Section 10 and Article IV, Section 4, the latter being the section of the Constitution that guarantees “to every state in this union a republican form of government.”

In other words, by making mandatory the acceptance of paper money (Federal Reserve notes), Congress is denying to the states a republican form of government, as it is prohibiting the representatives of the people from making laws that conform with the Constitution.

If lawmakers and the governor of South Carolina live up to their Article VI oath to support the U.S. Constitution, they will join Representative Jones in legislatively placing the rights of residents of their state beyond the tyrannical overreach of the federal government and the Federal Reserve, as pertaining to money, particularly specie.

If we sincerely seek the enforcement of the Constitution — every article and every clause — then we must demand that our legislators prove their fidelity to their Article VI oath and that federalism be re-enshrined as a cornerstone of American liberty, and that Article I, Section 10 be followed.

Representative Stewart O. Jones is doing his part to accomplish this worthwhile goal in South Carolina. On January 14, 2020, Jones’s South Carolina Sound Money Bill will be referred to the state House of Representatives Judiciary Committee.

Joe Wolverton II, J.D., is the author of the book The Real James Madison and his second book, What Degree of Madness: Federalist 46 and James Madison’s Call to Make America STATES Again, will be published this fall, along with a book about the forgotten influences on the Founding Fathers.

Published by Permission of thenewamerican.com