The Legal Perspective on Abortion being Murder in Idaho: Support the AHRA 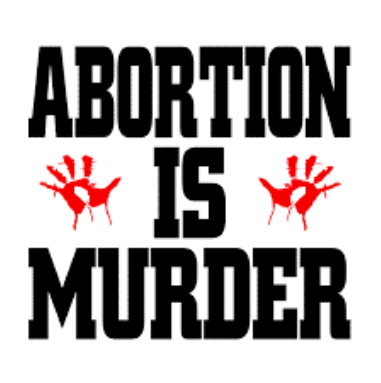 The Legal Perspective on Abortion being Murder in Idaho: Support the AHRA

As an experienced attorney, Rep. Green brings legal insight into the cause and mission dealt with in this most important of endeavors to stop thousands of babies from being killed in the future in Idaho.  Repeating Pastor Paul Vanoy’s remarks at that meeting:  “Over 63 million babies have been killed since Roe versus Wade in 1973 in America. This cannot happen on our watch, we have to do something about it.”  Also Herndon mentioned that 28 babies were killed that week here in Idaho.

John Green opened his remarks stating, “I was very honored to co-sponsor this bill with Heather Scott, and if I stay in public service another 20 years there will be not a single issue that’s more important than this. And this is the critical time right now as we see how much society in this country is deteriorating more and more every day. And as I look at the genesis of the spiral downhill it lays directly at the feet of the abortion issue.

“Scott Herndon talked a lot about the law, and it’s kind of a legal maze that we try to navigate on a daily basis to decide how we control our conduct in our activities. People really have, in a lot of cases, a misunderstanding about the law.  Now I’m a lawyer by profession, so I’ve been trained in the law, as they say.  And everybody’s heard the term ‘practicing the law.’  Well the reason that we ‘practice’ the law as lawyers is… well we don’t get it either.  It changes every day. A lot of times it’s on a whim from a court.  So I want to talk a little bit about the nature of law, and specifically this law, that’s at the heart the abortion controversy.” 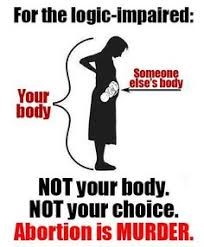 “Abortion is really not the appropriate word.  Abortion is a sanitized word for another legal concept we call murder. Does anybody disagree with that? he asked. Somewhere between the sixth grade and eighth grade, I had a very good education, I went about half of my school career at a public school in about half at private. I grew up in an era where teachers really cared. They weren’t campaigning nonstop for raises, they were actually educating their students and the appreciation they got for doing their job was enough reward for them. They really valued the educational process. So sometime between the sixth grade and the eighth grade I understood enough about the basics our legal system to know how it got started and where a lot of the terms that we deal with on a daily basis come from.”

Every murder is a homicide and every homicide is not a murder. Homicide is one human being killing another. In states that execute prisoners for capital crimes, on the death certificate it would say that the person died as a result of a homicide, obviously a legal homicide as opposed to a murder which would be unlawful.

“This is actually a definition of murder from early English common law,”  stated Green: “‘Murder is when a man of sound memory and of the age of discretion, unlawfully killeth within any county of the realm any reasonable creature in rerum natura under the king’s peace, with malice aforethought, either expressed by the party or implied by law so as the party wounded or hurt die of the wound or hurt within a year and a day of the same.’”

“So under English common law if you hurt somebody either by intending to kill them or intending to hurt them very severely and they died, that is murder.  You probably would be executed for that.

“Now in law we have things that I call anomalies. First off, and I’m kind of sad to tell you, I don’t have a lot of colleagues that look at law the same way that I do. Our law has a hierarchy, and first and foremost at the top of the chain is the natural law which is God’s law. And nothing can be lawful, no matter what statutory law says, if it’s first not lawful. So an anomaly in the law to me is something that we put into our civil law no matter the state or federal criminal code that violates the natural law. 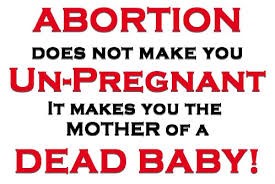 “So we have this anomaly in Idaho code. Currently it’s titled 18 Section 1416:  Definition of Human Embryo and Fetus Prohibiting the Prosecution of Certain Persons: ‘For the purpose of this chapter embryo or fetus shall mean any human in utero. Section 2: Nothing in this chapter arising from the killing of an embryo or fetus shall be construed to permit the prosecution of……,’ “What is it that we are prohibiting or not allowing the prosecution of?  Were not allowing the prosecution of murdering babies in utero. That’s an anomaly. That obviously is saying that, ‘Well in Idaho abortion is clearly murder, it meets our murder statute by definition in every other way. But we now put this artificial prohibition against prosecuting specifically people who are committing abortion. Committing murder of the unborn.'”

“This really is a very simple bill. All this bill, the Abortion Human Rights Act does is to remove this anomaly from law. And we’re saying by correcting this statute by amending it to remove the anomaly that in the state of Idaho we have the sovereign jurisdiction to say what constitutes murder and who will be prosecuted for it.

“So we removed under the language of the new bill the exception for prosecution for murder. So if our bill were passed, immediately upon the governor’s signing it into law on the effective day, anybody that participated in murder by abortion in Idaho could be prosecuted for murder. It’s really that simple.

Green said he wants to place blame always on the lawyers because he can tell you, as a lawyer, they are responsible for a lot of what’s wrong with this country and he said he was very sad to say that.  He pointed out that this particular issue is not a legal problem, this is not a problem that the lawyers or the courts have created. He said this is a ‘we the people’ problem, this is our problem, and he  said Scott Herndon gave a very detailed, excellent, explanation of the history of the cases that brought us to this point in time.  Because the term abortion has been so sanitized today that nobody ever really thinks about it. 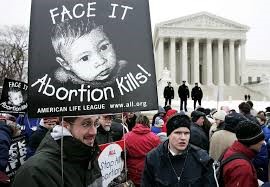 After mentioning pictures that were included in some slides Pastor Paul had shown, Green shared some personal comments, “I can tell you I’ve been pro-life my entire life. The problem is, I was kind of a lukewarm pro-life. When I found out about what God had to say about lukewarm people, that was kind of a wake-up call. Those pictures remind me of some pictures that really woke me up.

I was in Dallas, Texas working for a client there and I finished early and went to a shopping mall where there was an abortion clinic in the area and I didn’t know exactly where it was. But there was some people there with some huge signs, very graphic signs showing the atrocity that is abortion. These were horrific images. I thought the pictures were really graphic, abhorrent!  But I was kind of intrigued about why these people were out there doing what they were doing.

“Those pictures weren’t for me. I had never seen those graphic pictures before in public. But I understood why these people who were protesting abortion felt the need to show those pictures in public.  So I engaged with them a little bit.  And this is when I finally woke up to the lukewarmness of my pro-life stance. As I engaged them they kept asking me about my involvement in pro-life.  I’d given my time, my talent and treasure to a lot of causes.  I represented people who would been arrested for protesting abortion clinics for praying outside of abortion clinics’  Can you imagine police officers would take people to jail for standing outside and public praying in front of an abortion clinic? It happens in the United States. I’ve represented those people, at pro bono, and I’ve been involved with lobbing for pro-life issues. But those were really only lukewarm measures. I was only kind of doing it halfway.

“It was when I saw those graphic pictures and when I understood that what these people were saying something that I had actually believed since I was a kid. Why doesn’t the state just say no, were not doing this anymore?

“And so fast forward from my education, my childhood and my seeing those pictures to today, or to last year when Heather asked me if I’d participate in cosponsoring this bill.  I realized, if I don’t stop my half measures now it’s never going to stop. If you are not for abolishing abortion right now, today, you’re not pro-life. Period. Anybody that’s offended by that I’m sorry, it’s the truth.

“Shifting the blame, let’s give the lawyers a break, they’ve really done a lot of bad, but they need a break on this one. Because the problem is not the lawyers. The problem is we the people have not put people into office by exercising our right to vote, who will say no more half measures, were not going to do this anymore. 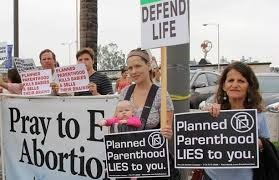 “And we need an attorney general that has his back and say “I’m with you.”

“So we’re either going to make a decision now, probably most of you have already made this decision, you’re not going to be lukewarm anymore. We’re going to stop this now.

“Heather and I are going to Boise in January, we’re going to submit this bill again. We’re going to try our best to get it passed.  By the grace of God, it will get passed and the governor will sign it. Then there will be no more… “