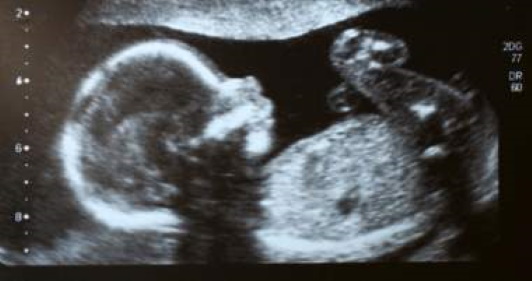 Westbrook, Texas, has become the seventh sanctuary for unborn babies in the state after the town voted unanimously on the pro-life ordinance last week. Westbrook marks the first city in West Texas to declare itself a pro-life sanctuary, prompting abortion advocates to set their sights on the area, pro-lifers claim.

The ordinance declares Westbrook to be a “Sanctuary City for the Unborn” and bans abortion at all times and during all stages of pregnancy. It also declares organizations that assist in abortions or helping others to obtain abortions to be criminal organizations, and listed several examples, including Planned Parenthood.

The ordinance outlines its legal foundation by noting the U.S. Constitution established “the right of self-governance for local municipalities” and that unborn children are “the most innocent among us and deserve equal protection under the law as any other member of our American posterity.” It also states the Supreme Court’s ruling in Roe v. Wade was in error and was based on faulty reasoning and is a “lawless and illegitimate act of judicial usurpation.”

Under the ordinance, it is unlawful to obtain or perform an abortion, or to assist anyone in obtaining or performing an abortion.

The effort to create sanctuary cities for the unborn has been led by the Sanctuary Cities for the Unborn initiative, spearheaded by Mark Lee Dickson, director of Right to Life of East Texas. Dickson believes they will be an invaluable tool in the fight to end abortion. But as LifeNews observes,

Some lawyers have warned cities about passing the ordinances because of a potential legal challenge. The U.S. Supreme Court took away the power of state and local governments to protect unborn babies from abortion through Roe v. Wade.

But Dickson told LifeNews that the ordinances take this into account.

He said the public enforcement part of the ordinance fines abortionists $2,000 per abortion, but the penalty only would be enforced when Roe v. Wade is overturned.

“In other words, if you break the law today, you could be penalized for that crime years from now,” Dickson said. “The private enforcement mechanism does not have to wait upon the overturning of Roe v. Wade, and is in effect immediately. This part of the ordinance is about private lawsuits. When a child is killed by abortion, the family of that child … can sue the abortionist, the one who paid for the abortion, the one who drove the mother to the abortion, etc.”

The effort to declare sanctuary cities for the unborn is certainly gaining steam.

In June of this year, Waskom, Texas became the first in the state to declare itself a sanctuary city for the unborn. Omaha, Naples, Tenaha, Joaquin, and Gilmer followed suit, though the city council in Omaha later walked back its ordinance and passed a resolution instead. The Texan outlines the difference between the two: “Whereas a resolution is an expression of the city council’s sentiment, the ordinance actually makes the measure part of the city code — something that can be enforced.”

And more cities are expected to follow. Life News reports the biggest may be Big Spring (population 27,000), which is scheduled to consider a pro-life ordinance on December 10.

“As a longtime believer in the right to life for the unborn, I look forward to bringing the anti-abortion ordinance to the council at our next meeting,” Mayor Shannon Thomason recently told the Big Spring Herald.

Naturally, the movement has pro-abortion advocates concerned. Ducilla Tigner, political strategist for the American Civil Liberties Union of Texas, contends, “While it’s not being enforced technically, it still could potentially be enforced any minute, so it’s a problem.”

“Their movement doesn’t really stand on values. And you only have to see who’s passing these ordinances or introducing them,” opined Delma Catalina Limones, communications manager for NARAL Pro-Choice Texas. Limones claims the sanctuary city movement is comprised of “old white men.”

Planned Parenthood is turning West Texas into a battleground with billboards promoting its services. Texas Right to Life is concerned the abortion giant is attempting to reestablish a significant presence in the area after the last abortion facility in Abilene closed in 2012, The Texan reports.

“Planned Parenthood is doubling down on their efforts to have an anti-Life presence in West Texas,” the group posted on its website. “This is cause for concern because these billboards may signal the abortion giant reestablishing a physical presence in West Texas sooner rather than later.”

But Dickson is unphased. He claims to have spoken with people in cities throughout West Texas — in Abilene, Colorado City, Eastland, Cisco, Lamesa, and Rising Star, and has “not met one person who wants to see an abortion clinic open in their city.”