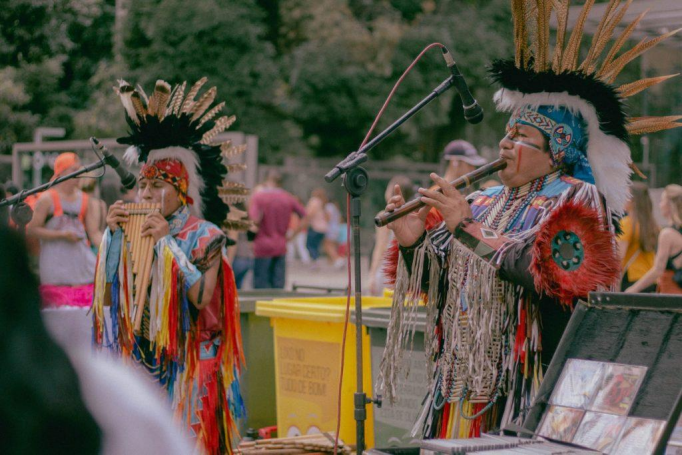 ASSERTION: Since its origins in the 1830’s (judicial, legislative, administrative), all of federal Indian policy is: 1) entirely unconstitutional; 2) denies full American citizens enrolled in tribal governments their 14th Amendment protections and civil rights; 3) compels forced reparations in perpetuity upon American taxpayers to annually subsidize all basic needs and services of 573 tribal governments; and 4) permits tax-exempt casinos and other tribal enterprises to determine the marketplace of the tax-paying economy in thousands of communities across the nation.

I have attached a brief professional statement supportive of the contents of this letter. Below is a cursory chronology that describes the increasing spread of tribalism as a governing system replacing our Republic form of government in America, and supports the assertion noted above.

1830 Chief Justice James Marshall issued three Indian-related rulings known as the Marshall Trilogy in 1830. With no support found in the U.S. Constitution, Marshall instead drew from international law to declare that the federal government has a “trust” relationship with its Indians. The Judiciary, Congress and the Executive Branch forged the Bureau of Indian Affairs and began the incremental expansion of tribalism as a governing system in the United States increasingly expanding for two centuries.

1871 The first half of the 1800s brought the formation of the Bureau of Indian Affairs, congressional statues and administrative laws, managing Indian treaties, tribes, annual subsidies, and peacekeeping needs.

1887 Congress implemented efforts from the 1870s through 1924 to bring American Indians to full and equal citizenship with all other citizens, by ending the reservation system, tribal governments, and allowing Indians to be individual landowners and full citizens of their respective states.

1934 An avowed and self-proclaimed Communist, John Collier, became Commission of the Bureau of Indian Affairs, and persuaded Congress to pass the Indian Reorganization Act (IRA) of 1934. This created separate communal tribal governments and created dual citizenship that denies enrolled tribal members their 14th Amendment and Civil Rights. IRA has been an intentional and incremental deterrent for individual tribal ownership of land.

1978 Congress passed the Indian Child Welfare Act (ICWA) transferring full parental authority from tribal parents to the tribal government. The benign intent was to preserve culture, but the reality for tribal families is that ICWA is often used as a weapon to punish or otherwise influence tribal families at risk of the tribal government taking their children – sometimes forever. ICWA, drug addiction and suicides have been completely devastating to family units within Indian reservations.

2000 Federal Election Commission Advisory Opinion (FEC-AO 2000-05) authorized tribal governments to financially and directly participate in funding political parties, incumbents or candidates. No other American governments may do so. But 573 tribal governments monetize America’s elections while being exempt from most federal and state decisions made by legislators that tribes elect.

2012 Congress passed the HEARTH Act under the Obama administration, allowing tribal governments to long-term lease federal Indian ‘trust’ lands to Middle Eastern countries for up to 75 years, without BIA oversight or approval. Note that in 1904, Secretary of Interior A.B. Fall required all major dams, water and energy systems in Western states to be located on or near Indian reservations. This act affords opportunity for adversaries of this country close proximity to the nation’s energy systems and power grids on lands receiving little or no state or local observation or oversight. 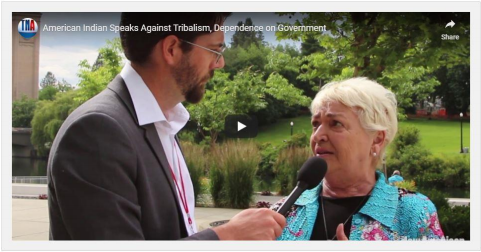 2014 Accelerating tribal involvement in the nation’s power grid, Congress passed the Indian Energy Act authorizing multi-billions of dollars for tribal governments to acquire major power infrastructure by a government that: 1) has no duty to the customer base, and 2) is protected by “sovereign immunity” from liability to the American people.

The original 1930 ‘trust’ relationship was intended to be with individual Indians, but for perhaps expediency, Congress and federal agencies worked exclusively with tribal governments, unfortunately to the detriment of the tribal members they serve. Nationally, this massive issue impacting America is the best kept secret as most federal, state and local decisions are made in private communications with elected officials, administrators and tribal leaders. Minimal to no public hearing or input from tribal members and the general public occurs. Yet the enormity of the annual financial burden upon taxpayers and increasing loss of lands within states no longer served by a republic form of government quietly expands, year after year.

All of this can be viewed as forced reparations in perpetuity that saddles innocent American taxpayers annually with the sins of yesterday, long since and abundantly compensated for over two centuries by such unconstitutional largess – going to governments never contemplated in our country’s Constitution.

I remain so deeply grateful for your election as out President in 2016, and eagerly look forward to your reelection in 2020. In your second term, my belief is that you alone can persuade your colleagues in the Executive Branch and members of Congress to restore the United States to One Nation Under God, and make the following requests: 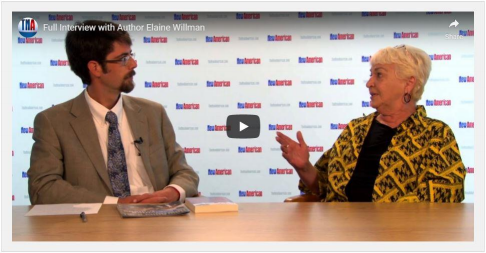 Having lived by choice for thirty years on three different Indian reservations (Yakima in Washington, Oneida in Wisconsin, and Flathead in Montana), I feel compelled to write my first letter to an American President who listens to its citizens and loves this country as much as you.

I am of strong Cherokee ancestry, my spouse is a descendant of Sacajawea’s adopted son, Basil, and we very much respect our family ancestries, American Indian history and culture. Naturally, many of my closest friends over the years are enrolled tribal members. That said, I make a clear distinction between respect for culture – all cultures – and government decision making.

I have been researching federal Indian policy (Congressional statues, administrative regulations, judicial rulings) for over 25 years, and have published two books on the subject. In 2004, I made a journey across 17 Indian reservations from Washington State to New York, capturing the reality of life on these reservations from the voices of tribal members, farmers, teachers, sheriffs, etc. Mainstream media rarely conveys the dire living conditions of families on Indian reservations, so my first book, Going to Pieces…the dismantling of the United States of America (2005) captures this reality from the citizens that endure life under direct and indirect federal/tribal government conditions. By 2016, conditions had worsened so significantly that I published a second book, Slumbering Thunder…a primer for confronting the spread of federal Indian policy and tribalism overwhelming America.

Recent rhetoric of most Democrat candidates for President are pandering for forced slavery “reparations,” so it seems timely for me to assert that the current tax burden upon American citizens annually funding all basic needs of 573 Indian tribes would now require those same taxpayers to shoulder yesterday’s alleged burden of slavery reparations. Add to this the potential of taxpayers funding medical and other services for illegal aliens, resulting in the American taxpayer being utterly indentured in perpetuity to three ethnicities…and financially crushed.

I have a master’s in Public Administration from California State University (1990), and 96 credits toward a doctoral in public policy (Walden University). In addition, there are numerous online YouTube videos of talks and workshops that I have presented over the years and numerous written articles posted online and in national publications.