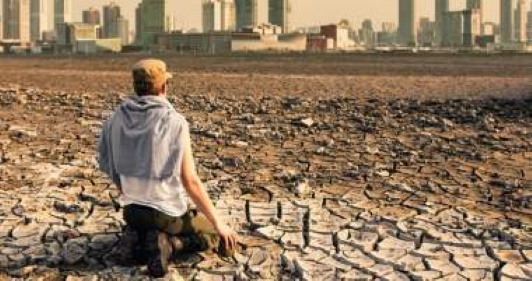 When the American Institute of Biological Sciences (AISB) released its warning of a “climate emergency” last week, the mainstream media reported it without checking its veracity. After all, the AISB is a prestigious non-profit with goals that sound honorable. Headquartered in McLean, Virginia, it publishes a journal called BioScience which it claims contains nothing but peer-reviewed articles. It seeks “to advance public policy, education, and the public understanding of science,” according to Wikipedia, and “promote an increased understanding of all life,” according to its own website. It claims that “AIBS’s ability, resilience and integrity are the keys to our success.”

Each of those keys is being sorely tested now that it was learned that many of the 11,000 “scientists” who approved of and supported the climate warning weren’t scientists after all. The signers included an “animal behavior” teacher in Valencia, a “scientist emeritus” in Canada, a “researcher” in the Czech Republic, a “professor” from Argentina, a “student” from a “neotropical biodiversity institute” somewhere, an obstetrician from Brussels, a Spaniard who’s into “biologo,” a Turkish mathematician, and a Finnish engineer.

Also approving the warning were “Mouse, Mickey” from the “Mickey Mouse Institute for the Blind, Nambia”; Albus Dumbledore, headmaster of Hogwarts; and Araminta Aardvark from the University of Neasden.

But none of this deterred august members of the Fourth Estate from reporting favorably on the warning as its recommendations lined up with the standard global-warning demands being pushed by the likes of Alexandria Ocasio-Cortez and others. NBC News called it a “study” that was produced by an international consortium of more than 11,000 scientists.” CNN used a rhetorical approach: “How many scientists does it take to convince the world to take climate change seriously?”

The Washington Post breathlessly headlined: “More than 11,000 scientists from around the world declare a ‘climate emergency’” — and then further tarnished its image by declaring that “the study, called the ‘World scientists’ warning of a climate emergency,’ marks the first time a large group of scientists has formally come out in favor of labeling climate change an ‘emergency’, which the study notes is caused by many human trends that are together increasing greenhouse gas (GHG) emissions.”

On the other hand, Ezra Levant, a Canadian media personality and political activist, called the whole thing a joke: “I’m sorry, but that’s a joke.… I wonder, are there even 11,000 climate scientists in the world?”

Levant went to the trouble to vet many of the signatures and reported on his findings on a video he produced that is now available on YouTube. Visitors won’t need all 23 minutes of his revelations to discover the falseness of the claims by the mainstream media that these are scientists of the first light, to be given honor and praise and obeisance for lighting the way toward a greener, cleaner and safer future.

Both the supposed climate-change problem and its solutions listed by the AIBS are standard boiler plate demands of many in the global-warming/global-cooling/climate-change crowd. The problem, as they see it: “The climate crisis is closely linked to excessive consumption of the wealthy lifestyle.” The solution, as they see it: “We must change how we live.… Economic and population growth are among the most important drivers of increases in CO2 emissions from fossil fuel combustion [and] therefore we need bold and drastic transformations regarding economic and population policies.”

Those policies include replacing all fossil fuels with low-carbon renewables and “leaving the remaining stocks of fossil fuels in the ground.” They also entail giveaways: “Wealthier countries need to support poorer nations in transitioning away from fossil fuels.” Diets must change: “Eating mostly plant-based foods … can … significantly lower GHG emissions”; “Extraction of materials [from the Earth] must be quickly curtailed.… We need a carbon-free economy.” And so forth.

Once the fraud was exposed, the AISB, rather than apologizing for misleading its readers (and the happily gullible mainstream media), declared that instead it was directing its resources to sifting through the 11,000-plus signers to remove the spurious ones. Once that process is completed, the number remaining in support of the laundry list of climate demands will no doubt be a lot smaller.

Scientists: “The World Population Must Be Stabilized” in Order to Combat “Climate Crisis”