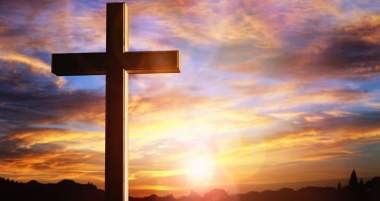 A Christian parent at Mary Hughes School in Piney Flats, Tennessee, is infuriated after learning the elementary school distributed a flyer to children as young as seven that promoted a local clinic by advertising its free access to contraception and pre-pregnancy services.

According to the Daily Wire, the flyer promoted a November event at the Appalachian Fairgrounds hosted by the Remote Area Medical Volunteer Corps (RAM). On one side of the flyer was offerings for free dental, medical, and vision services, while the other side advertised in large font “free birth control and pre-pregnancy services.”

The flyer was distributed to all students in the district, according to the county’s director of schools, including students at the elementary school.

One parent, Richard Penkoski, who runs the online ministry Warriors for Christ, confronted the school board in Sullivan County at its November 7 meeting to address the flyer, the Christian Post reports.

Penkoski told the school board his son brought the flyer home with his homework on November 1. “Why was this given to my seven-year- old?” Penkoski demanded to know at the meeting. “Since when is it the school’s job to give information to my child about birth control? When did the public schools decide they can teach my child issues regarding morality and sex?”

Penkoski claimed the flyer nearly compelled him to prematurely discuss sex with his seven-year-old son. “I know liberals on this council, specifically, will say something like, ‘Well, schools teach reproduction.’ You are right,” Penkoski said. “They do teach biological facts in regard to reproduction. This flyer is not talking about reproduction. It teaches birth control. I also can’t help but notice that abstinence is not on this list.”

Penkoski was angry about what he claimed was an effort to “usurp” his authority as a parent. “This school does not have that right,” he opined.

Sullivan County Director of Schools David Cox told the Kingsport Times-News the flyers promoting birth control were unintentionally provided to the students. Cox explained the flyers promoting the pregnancy services were not meant to be distributed on the back of the flyers that promoted routine health services. “What happened on the back of the information, there was another part that was inadvertently sent and it did say free birth control,” Cox said, according to WBIR.

Cox claims the school district’s intentions were good, as they were attempting to distribute information about free services to parents in the area who may benefit from them. “I wish that this (birth control) part had not been distributed.” Cox said. “The school regrets that the information was shared that was upsetting to some families.”

Penkoski is not so sure the flyer’s content was an oversight, however, observing someone had to have taken two separate flyers and copy them together to make one two-sided flyer. “[The school] received two pages and what the principal did was he took the two pages and put them back-to-back to make one copy,” Penkoski told Christian Post. “Part of it was to save paper but you can’t miss that. It is a whole page and right at the top there are big bold letters that say ‘birth control’ and ‘pre-pregnancy’ and all that stuff.”

Penkoski also notes his nine-year-old daughter did not receive the flyer, though she attends the same school. He believes some teachers used their discretion when it came to distributing the flyer to young students.

Dale Walker, the president of the Tennessee Pastor’s Network, was also in attendance at the school board meeting last week and asked whether the teacher and the principal will be held accountable for the oversight. “Where are the checks and balances? What are your procedures to block inappropriate subject matter to parents?” he asked. “Since when does our education system pick and choose what our students are exposed to without notification to their parents first?”

Both Walker and Penkoski believe the flyer should serve as a “wake-up call” to Christian parents in the community. “At best, we only have a couple of hours a week with children that attend our churches and then they go to secular, godless schools,” Walker told the Christian Post.