Web 2.0 Was Hijacked and Broken by Big Tech. Privacy Pioneers Are Building a Better Web 3.0 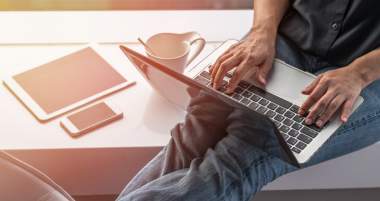 Web 2.0 Was Hijacked and Broken by Big Tech. Privacy Pioneers Are Building a Better Web 3.0

The Web began in freedom — freedom of speech, freedom of intellectual diversity, freedom of information, freedom of expression. In the decades since its creation, the Web has undergone a shift at the hands of Big Tech. The current iteration is increasingly less free. But that may soon be changing.

It is a fact beyond dispute that “Big Tech” is nearly — if not completely — synonymous with “liberal.” The evidence of the past few years has clearly demonstrated that liberals have used Big Tech as a tool to push the world closer and closer to their vision for it — a world where liberalism is the only view, all others having been demolished. Both the Internet and the Web have played pivotal roles in that push.

As the Wall Street Journal recently reported, there is a growing movement to steal the Web back from the tech giants who have hijacked it for their own purposes. To understand this, it is helpful to understand how the Web was hijacked to begin with.

While it is true that no one company or service has control of either the Internet or the Web, it is also true that a handful of Big Tech companies and services maintain a disproportionate control of the way people access them. Far from the origins of the Internet as a place where freedom of speech, freedom of intellectual diversity, freedom of information, and freedom of expression were the norm, the experience of the average user today is one of restriction where those freedoms are concerned. That shift is the result of most Web companies’ move to control the flow of as much data as possible.

That control does not take the form most people probably imagine when they think of control. While some of it — as has been the case with companies such as Facebook, Twitter, and Google — is about blocking access to certain information (or at least making it difficult to find) while promoting other information, the control we are discussing here is one of distilling user data down to its most powerful and then using that data against those users.

That imbalance of power — heavily weighted in favor of a few Big Tech companies at the cost of the privacy and liberty of the vast majority of users — is unacceptable to those who recognize the need of a free and unhindered Web. Perhaps first among those who envision — and are working toward that free and unhindered Web — is the Godfather of the Web, Sir Timothy Berners-Lee, who besides his other many and varied accomplishments, invented the Web 30 years ago.

In fact, Berners-Lee is fighting the battle for online privacy and liberty in at least two important ways. Besides leading the nonprofit World Wide Web Foundation which has launched a “Contract for the Web” initiative to put forth a Bill of Rights for the Web to clearly define users’ rights, he has also privately helped launch a company called Inrupt which is developing a protocol called Solid that would allow users to protect their POD (personal online data) by placing those data in a secure container (a POD) that users can access by verifying their identities.

Users could then share whatever they wanted, but rather than it being stored on the server of the website or platform, such as Facebook, it would display on that site but remain in the POD where the user maintains control of it.

Inrupt is not the only emerging power in the privacy struggle. The Wall Street Journal article quotes David Chaum, a computer scientist who built the first working digital currency in the 1990s and today is building a new internet platform called Elixxir: “You don’t have to control things to exert power in the information space. Just knowing a lot about everybody lets you manipulate the whole situation.”

Since control of users’ data amounts to control of users, Berners-Lee and his Inrupt co-founder, John Bruce, recognize that the solution is to return that control to the users themselves. The homepage of Inrupt states, “It’s time to reset the balance of power on the web and reignite its true potential.” It then explains, “When Sir Tim Berners-Lee invented the web, it was intended for everyone. The excitement and creativity of its early days were driven from the notion that we can all participate — and the impact was world-changing. But the web has shifted from its original promise — and it’s time to make a change. We can still unlock the true promise of the web by decentralizing the power that’s currently centralized in the hands of a few. How? By using the power of Solid. Solid is the technically potent open-source platform built to decentralize the Web. Inrupt is the company that’s helping to fuel Solid’s success.”

Chaum’s Elixxir aims at decentralizing the Web by creating a new model for the Internet — Linking users’ computers together to share data and — in some cases — processing power by allowing them to “work together by a decentralized randomized algorithm” using encrypted connections for “increased privacy and network integrity,” according to the platform’s website.

As the Journal article explains, “Websites and apps might look the same — and still be connected to the internet that we know —but companies wouldn’t be able to amass data, and they might not even need to build massive cloud-server centers just to run their sites.”

Christian Fuchs, a media professor at the University of Westminster in London, minces no words when describing the shift Big Tech has forced upon the Internet. “The internet is a corporate monopoly today,” he said, “and monopolies are always a danger to democracy.” While this writer and many of the readers of The New American may take exception to Fuchs’ usage of the word “democracy,” doing so would miss the more important point: Such monopolies are also always a danger to a republic. The monopoly that Web 2.0 has become is an extreme danger to the survival of privacy and liberty in the digital age.

The revolution to shape Web 3.0 has begun and there appears to be a good chance that while it will be built on newer and better tech than Web 2.0, it may well have the privacy-oriented and freedom-oriented values of Web 1.0 — especially if platforms such as Inrupt’s Solid and Chaum’s Elixxir help shape it.

The real value of Solid and Elixxir cannot be understood without understanding the value of protocols. Protocols are standards that developers use when writing the code for their applications. A good example is the HTTP — the basic protocol for the Web. Because it is a standard to which everyone agrees, developers are able to create web browsers that are able to display web pages. That is why it doesn’t matter whether you use Firefox, Chrome, Safari, Brave, or some other browser. Web pages all display almost exactly the same on all browsers.

As a result of the nature of the Solid protocol, applications written using it would all allow users to maintain control of their data even while posting pictures and other content to social media sites, so long as those sites adhered to the protocol.

But as Todd Weaver of Purism told The New American, that is not the case with many of the services and platforms on the Web — particularly those offered by Big Tech. While there are Open-Source protocols that value freedom and privacy, companies such as Facebook and Google deliberately ignore those protocols and create their own protocols that limit users’ choices, liberty, and privacy.

Weaver explained it by pointing out the fact that a Facebook Messenger user cannot message an Instagram user, even though both are messaging services and Facebook now owns Instagram. That is because — even with Facebook’s business model of buying out the competition — Instagram was originally written to its own proprietary protocol. Ditto Facebook Messenger. Tech companies — especially Big Tech and those seeking to join their ranks — do that to limit interoperability and grow their platforms by force.

Weaver explained that if user A signs up for Facebook Messenger and user B signs up for Instagram, the only way for them to chat with each other is for one of them to convince the other to adopt the other’s platform-of-choice.

“Can you imagine if you bought a phone from Verizon and your friend bought their phone from AT&T and you couldn’t call each other?” Weaver asked. “The reason you can call from one carrier to another is because there is a protocol that handles that.

Weaver’s company, Purism, has been making a name for itself for years now, manufacturing laptops that are built on Open-Source hardware and software. Their laptops are the most secure, privacy-oriented laptops available. Period. Not only is every chip, circuit, and line of code designed for privacy, the laptops have hardware kill switches for the Wi-Fi/Bluetooth and camera/microphone.

Weaver told The New American that the laptops were not his original — or ultimate — goal. He had always intended to build a privacy-friendly phone. The laptop end of Purism was both a “proof-of-concept” and a way to establish both a supply chain and a customer base. That goal now accomplished, Purism has released the early version of the Librem 5, a Linux-powered smartphone that goes even further toward respecting and protecting users’ privacy.

Weaver is understandably proud of his newest offering, but says it is currently for “early adopters” who are willing to deal with functionality that is limited to the basics. “If you want to be able to make a phone call, send texts, check your e-mail, and browse the Web securely and privately, this is for you,” he said. If you want a full-featured phone that is closer to a one to one replacement of your current smartphone with those same privacy protections, Weaver says you’d be better to wait for early 2020, when the Librem 5 will have evolved to that level.

As to his commitment to Open-Source protocols for interoperable, privacy-friendly services, Weaver has put his code where his mouth is. Librem One — a full suite of secure, encrypted services including Librem Mail, Librem Chat, Librem Social, and Librem Tunnel (VPN service) — is now available and can be used on the Librem 5.