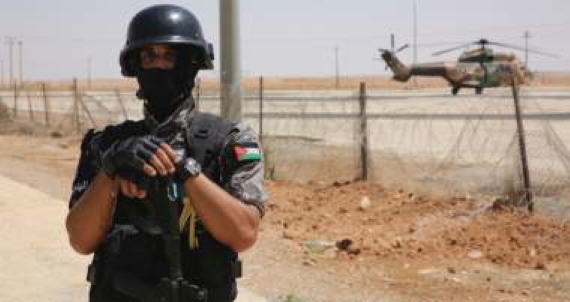 House Democrats apparently have no issue with funding border security so long as it isn’t the American border they’re securing.

H.R. 2740, the massive $984.7 billion spending bill that was passed by the Democrat-controlled House of Representatives in June, goes out of its way to ensure the President Trump does not use any of the funds it appropriates for building his promised border wall between the United States and Mexico.

On page 304, the bill reads “None of the funds appropriated or otherwise made available by this Act or any prior Department of Defense appropriations Acts may be used to construct a wall, fence, border barriers, or border security infrastructure along the southern land border of the United States.”

That bill merged the appropriations bills for the Departments of Defense, State, Energy, Labor, Education, and Health and Human Services.

Just a month later, the House Appropriations Committee sent the full House a bill to fund the Department of Homeland Security.

Although the president requested that the $63.8 billion bill include $5 billion for use in constructing barriers along the border, the legislation instead was imbued with the stipulation that “no funding is provided in the bill for new physical barriers along the southwest border.”

The committee report also said that “the recommendation provides no funding for additional Border Patrol Agents.”

Yet H.R. 2740 does provide for border security, albeit not the border of the United States.

The bill creates a $1.25 billion fund for use by the U.S. secretary of defense for the purpose of protecting Middle Eastern countries from the Islamic State — including by funding “border security”:

For the “Counter-Islamic State of Iraq and Syria Train and Equip Fund”, $1,295,000,000, to remain available until September 30, 2021: Provided, That such funds shall be available to the Secretary of Defense in coordination with the Secretary of State, to provide assistance, including training; equipment; logistics support, supplies, and services; stipends; infrastructure repair and renovation; and sustainment, to foreign security forces, irregular forces, groups, or individuals participating, or preparing to participate in activities to counter the Islamic State of Iraq and Syria, and their affiliated or associated groups. Provided further, That these funds may be used in such amounts as the Secretary of Defense may determine to enhance the border security of nations adjacent to conflict areas including Jordan, Lebanon, Egypt, and Tunisia resulting from actions of the Islamic State of Iraq and Syria.

Meanwhile, the situation on the southern border is becoming bleaker. Just this past week, nine members of a community of American expatriates living near the border in Sonora, Mexico, were shot to death traveling to attend a wedding, an act believed to have been carried out by a Mexican cartel. The victims included three women and six children.

In February, the Trump administration declared that the rampant human trafficking taking place at the U.S.-Mexico border constitutes an “urgent humanitarian issue.”

According to the White House:

H.R. 2740 has yet to make it to the president’s desk, as provisions added by Republicans to the Senate version have elicited opposition from the chamber’s Democrats, causing the bill to stall.

Opponents of President Trump’s wall continue to call a barrier along our border too costly. Yet these same critics take no issue with taxpayers subsidizing the national defense — including the border security — of countless foreign countries.

Is the latest political intrigue in Saudi Arabia or Zimbabwe really more urgent for American national security than what’s happening at our own border?

As The American Spectator’s George Neummayr wrote, “Leave it to Washington to be penny wise and pound foolish.”