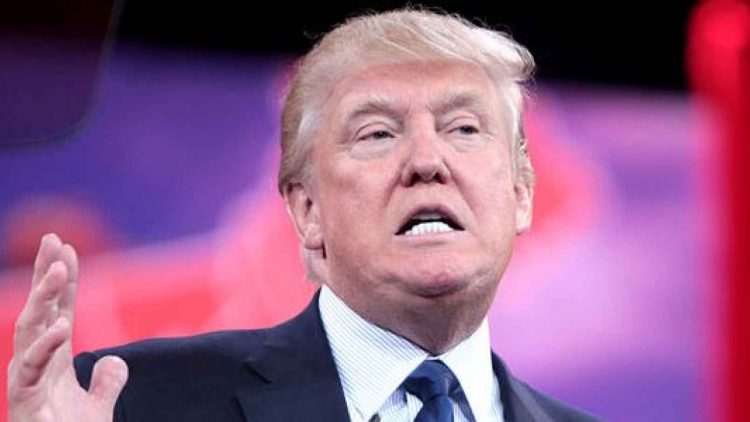 On October 1962, destroyers from the Second Fleet streamed out to intercept Russian vessels suspected of delivering missiles to Cuba. Under the shadow of DEFCON 2, Vice Admiral Alfred Ward, commander of the Second Fleet, watched over a blockade of Cuba. The Navy men putting Russian ships under their guns knew that they were the tip of the spear in what might at any moment become the next world war.

The Russians had ordered their ships to keep going. It was up to the Second Fleet to hold the line.

“Admiral, it looks as though this is up to the Navy,” President Kennedy told Admiral Anderson.

“Mr. President,” the admiral replied, “the Navy will not let you down.”

On September 2011, under the leftist politico whose admirers tried to sell him as another JFK, the flag of the Second Fleet was taken down. The fleet that had taken point against the Russians was no more.

The justification for the disestablishment of the Second Fleet was the diminished threat from Russia. The Navy was being cut to pieces while Obama focused on boondoggles like the “Green Fleet”.

“Our Navy is smaller now than any time since 1917,” Mitt Romney had objected next year during a presidential debate. “We also have fewer horses and bayonets,” Obama sneered, to the cheers of the media. “The question is not a game of Battleship where we’re counting ships.”

When Romney brought up the Russian threat, Obama sneered some more. “The 1980s are now calling to ask for their foreign policy back because, you know, the Cold War’s been over for 20 years.”

These days, Obama’s party is mired in a haze of Russian paranoia. But it was their leader who dismantled our first lines of defense and Trump who is restoring our military deterrence.

Seven years after Obama shuttered the Second Fleet, its flag is flying again. The fleet isn’t green anymore, it is mean. And it will watch over the East Coast and the Atlantic to checkmate Russian subs.

The shutdown of the Second Fleet was part of Obama’s failed pivot to Asia which ended with a humiliating apology to China for flying a plane too close to one of the Communist dictatorship’s fake South China Sea islands. (Trump has since dispatched B-52s, outraging China, with no apology.)

Obama had forced the Navy to grovel to China. Why not Iran?

Instead of taking decisive action against this second Iran hostage crisis, the appeasement administration instead used it to spin the success of the Iran Deal. The humiliation of the Navy was complete.

The restoration of the Second Fleet is an important step in the revival of America’s Navy. But the full scope of the harm Obama inflicted on our readiness will take generations of hard work to repair.

The USS Enterprise, the descendant of a fabled history stretching back to the American Revolution, which took part in the Cuban blockade, was scrapped by Obama. The Enterprise was one of six carriers scrapped by Obama who wasn’t interested in counting ships or horses and bayonets.

Or in fulfilling the congressional mandate to maintain at least eleven aircraft carriers at all times. Scrapping the USS Enterprise took us to ten even though 10 U.S. Code § 5062 specifically states, “The naval combat forces of the Navy shall include not less than 11 operational aircraft carriers.”

Obama broke the law. He undermined our national security. And once again, he got away with it.

The great dismantling of our military fueled Chinese, Russian and Islamic aggressive expansionism. But now the Second Fleet will be headquartered in Norfolk along with NATO’s Joint Force Command for the Atlantic. While media pundits wailed about Trump’s commitment to NATO, Norfolk sends a clear and direct message to the Russians and to NATO about American capabilities and determination.

Under Obama, Russian attack subs and spy ships showed up on our coastlines, approaching naval bases, coming close to our waters, occasionally passing undetected, testing our capabilities and our nerve. While Obama did nothing about the threat to our naval forces, Trump shut down the Russian consulate in Seattle to stop its spying on Naval Base Kitsap, one of the homes of our underwater nuclear arsenal.

Our capabilities have room to regrow, but no matter how much the media lies, our nerve is not lacking.

President Trump nominated Vice Admiral Andrew “Woody” Lewis, a former fighter pilot, who had served on the Enterprise, the Truman, and the Roosevelt, to head the Second Fleet.  The Lewis pick demonstrates the administration’s commitment to projecting naval and air power in the Atlantic.

There are no horses and bayonets here. Just Trump’s vision for restoring carrier power. While Obama scrapped carriers in his own game of Battleship, Trump wants 12 supercarriers and a fleet of 350 ships.

“American ships will sail the seas, American planes will soar the skies, American workers will build our fleets,” President Trump had declared at the dedication of the USS Gerald R. Ford.

Ford brings the Navy up to 11 carriers. Obama took the Navy below its mandated minimum strength. Now for the first time since those terrible years of appeasement, American naval power is recovering.

By the time Trump is ready to leave office, the Navy should be back up to twelve carriers again. A few years later, the People’s Republic of China expects to have four carriers. Its advanced new vessels will likely rely on stolen technology ripped off by Chinese hackers in the weak and feckless Obama years.

These include the Littoral Combat Ship and Aegis system designs.

The Democrats and the media howling about the national security threat from Russian hackers remain uninterested in the Chinese hacks that stole some of our most vital and advanced national security secrets. They expect us to believe that hacking John Podesta and Debbie Wasserman Schultz’s emails, and posting spam on Facebook, was a bigger threat than China making off with the F-35 plans.

China’s ambitious new supercarrier designs take advantage of our failures during the Obama era. These carriers show that the People’s Republic is thinking of projecting force beyond its territories and islands.

And China has worked closely together with Russia. Its first carrier is an unfinished Russian model. Russian and Chinese vessels are also participating in joint naval maneuvers because they know that sea power hasn’t, despite Obama’s assertions, gone the way of the era of horses and bayonets.

Not a day goes by without Democrat politicians and media ranting that President Trump is failing to protect us from Russian attacks. The return of the Second Fleet is an example of how Trump is doing just that. It doesn’t take the military to protect Democrat email accounts from hackers. The DNC could have spent 20 bucks on physical security keys for its people, instead of on lavish dresses for Debbie.

A single one of Debbie Wasserman Schultz’s dresses would have paid for 200 security keys.

Or the Democrats could have spent the money to maintain the military and deter foreign enemies instead of believing that empty speechifying and diplomacy could take the place of aircraft carriers.

While Obama cut the US Navy, the Russians added warships with cruise missiles. They’re adding an amphibious assault ship capable of carrying 13 tanks. Their missile patrol boats are being hailed for their innovative designs. Putin has announced 26 new ships will be added to the Russian Navy this year.

Where are all the Democrats who shout about how we need to challenge Russia? Nowhere.

In 2016, a Russian warship made it to within 300 yards of the USS Gravely. The Gravely was protecting the USS Harry S. Truman. The warship pointed at the Truman. As usual, Obama did nothing.

These days, the Harry S. Truman Carrier Group is already sending a message to Russian subs in the Atlantic. If the Democrats want to see Trump standing up to Russia, they can look to the waves.

Before long, they will see the flag of the Second Fleet flying once more over the Atlantic Ocean.