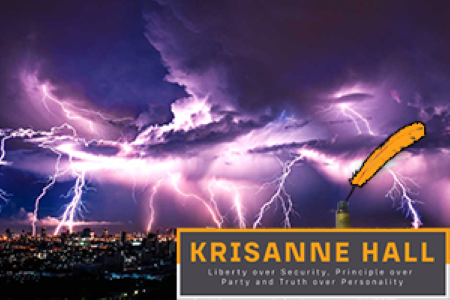 Note from KrisAnne:  This is an entry under our guest author series by Victor Sperondeo.  Mr. Sperandeo was a 2008 inductee into the Trader Hall of Fame by Trader Magazine and has been included on Ziad Adelnour’s list of top 100 Wall Streeters.  Mr. Sperandeo was featured in the best-selling, The New Market Wizards: Conversations with America’s Top Traders, by Jack D. Schwager and Super Traders: Secrets and Successes of Wall Street’s Best and Brightest, by Alan Rubenfeld, has been profiled twice in Barron’s, The Wall Street Journal and Stocks & Commodities, and has appeared on CNBC, CNN, Fox and other networks.  I hope you enjoy this thesis as much as I do! ~ KrisAnne 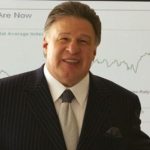 The outcry that takes place whenever a “Mass Shooting” occurs, especially in a “school”, is certainly deserved. However, politicians thinking that “laws” will curb these events is mindless and statistically impossible. Certainly, lessening these occurrences in schools is possible, and should be done. Visit any government building for effective tactics to accomplish this, as they have virtually zero incidence of shootings.

Moreover, some historical facts should be considered. The largest number of deaths both at a school and away from a school, were from a bomb, not a semi-automatic gun. Most of us remember Timothy McVeigh killing 168 (wounding 680) people in Oklahoma in 1995, but almost no one remembers the “Bath Michigan School” bombing of 1927. It killed 44 (38 elementary school children) and injured 58 other people. This was the largest mass murder of school children in US history! The bomber, Andrew Kehoe, did this because he was fired, lost an election, and had his taxes raised. He also killed himself, and his wife. Most (72%) of these mass killings end in suicides. Wouldn’t we all classify him as “crazy”?

The “free press” doesn’t use statistics to tell a historical story, but to promote an agenda such as gun confiscation. Using statistics in a misleading manner is pure propaganda. Manipulating statistics to seize free people’s guns has NOTHING to do with stopping gun violence. See the article by the Daily Caller as an example “EXPOSED: Obama Advisors’ Emails In Immediate Sandy Hook Aftermath Reveal Anti-Gun Agenda: ‘Tap Peoples Emotions’ – “Go for a vote this week asap before it fades. Tap peoples [sic] emotion. Make it simple – assault weapons.”

Furthermore, CNN published a story by Saeed Ahmed and Christina Walker on 5/18/18 called “There has been on average one school shooting every week this year.” To fabricate these “school SHOOTINGS” statistics, the writers counted a BB gun shooting, and an accidental discharge of a gun during a safety class. These incidents and other far-reaching examples attempt to mislead the reader to think it’s a “mass shooting.”

Let’s review the real stats on “Mass Shootings” over a long period. Mother Jones has an excellent data base of mass shootings from 1982 to date: “US Mass Shootings, from 1982/August- 2019/August: Data from Mother Jones Investigation.” A “mass shooting” is an incident in which a random shooter targets people in general and where three or more people die by firearm related violence. According to this progressive left-wing organization, from August 1982 to, August 2019 (or 38 years), the total of such incidences is 114. This comes to 3 mass shootings per year on average.

With this understanding, what are the odds of this event? Today’s population (according to the US Census Bureau) is reported to be 328,036,963 as of 1/17/19 .Let’s adjust this number for people between ages 15-64, who are most likely to be involved in a mass shooting, or 207 million people. The conservative “average population” that might commit a mass shooting from 1982-2019 an estimated (conservative)160 million per year in age group 15-64. The occurrences number a mass shooting at 0.00000002 or two one-millions of one-percent, (114 divided by 38 (years) or 3 incidences divided by 160 million). The only conclusion is that these 114 people can be deemed as having suffered from a psychosis manifested in a wild or aggressive way. Synonyms for psychosis are: mad, insane, out of one’s mind, deranged, demented, not in one’s right mind, crazed, lunatic, non- compos mentis, unhinged, i.e. crazy. Indeed, it is reported 72% of them committed or wanted/tried to commit suicide. In a population of people this large, certainly some very small fraction of people, suffer from psychosis, or crazy, while some are altruistic geniuses.

This statistic shows that the number is so small, you can’t legislate against it to eliminate crazy people. When you have a large population, the very few who want to do harm, “gun control laws” are impossible, as these people will always find a way to accomplish what is driving them, whether it is with guns, knives, trucks, bombs, etc.

It would be more effective to create a law against lightning deaths, as the odds of getting struck by and dying from lightning are much higher! So, in this case (20 years) 1,020 deaths divided by an average of 250,000,000 people is only 0.0000002 or two one hundred thousands of one percent. In the last 20 years, the average deaths annually from lightning numbers 51 average per year according to * The National Oceanic and Atmospheric Administration (NOAA). More people of all ages (thereby the 250,000,000) can go outside, and can be stuck by lightning, than are likely to be a mass shooter.

Therefore, if those in government made a law that no one can be outside while it was raining, punishable by a fine or jail, far more people would be happy to comply, and the number of lightning deaths would decline. But not for mass shootings. Fines or jail don’t bother people who generally intend to commit murder, and who then are highly likely to kill themselves or die in jail.

With a population of 328+million people, no law can stop 3-11 crazy people from doing evil each year. Also note, as the population grows, mass shootings will slightly increase. This point is known by the Statists, who desire to rule over other people. Historically, as one can see, this is the true point of gun control; to rule by force without the people’s ability to fight back, and ultimately not preventing what is impossible to prevent.

If one wishes to see the proof, read Mao’s, and other dictators’ views on gun confiscation: “Every Communist must grasp the truth – Political power grows out of the barrel of a gun” (Mao). This is a slogan popular among Marxist-Leninist-Maoists.

Adolf Hitler: “The most foolish mistake we could possibly make would be to allow the subjugated races to possess arms.”

Joseph Stalin: “Ideas are more powerful than guns. We would not let our enemies have guns, why should we let them have ideas.”

Benito Mussolini: “First of all, the elimination of the so-called subversive elements. They were elements of disorder and subversion. On the morrow of each conflict I gave the categorical order to confiscate the largest possible number of weapons of every sort and kind.”

Vladimir Lenin: “One man with a gun can control 100 without one.”

Fidel Castro: moved against private gun ownership the second day he was in power. He sent his thugs throughout the island using the gun registry lists – compiled by the preceding Batista regime – to confiscate the people’s firearms. Different tactics, same objective. A defenseless people don’t give the all-wise leader any lip.

Hugo Chavez’ government says the ultimate aim is to disarm all civilians. Venezuela has brought a new gun law into effect which bans the commercial sale of firearms and ammunition. 6/1/12

However, in contrast, George Washington believed: “A free people ought to be armed.” Indeed, the words in the 2nd Amendment: A well-regulated “militia”, (which means ALL THE PEOPLE, as permanent standing armies were not allowed See Article1, Section 8, Subclause 12 – 16: To provide for the calling forth the MILITIA to execute the laws of the union, suppress insurrections and repel invasions) being necessary to the security of a FREE STATE, the RIGHT (NOT PRIVILEGE) of the people to keep and bear arms, SHALL NOT BE INFRINGED. (Emphasis added).

With the fact that 3 people (or perhaps as a high 11) in a year, who would be certainly deemed crazy, out of 250,000 million adults today, does it seem reasonable to effectively attempt to overturn the Constitutional 2nd Amendment, or a Natural, (most would say God-given) Right? These are events that are unpredictable, but statistically inevitable. As for laws against “crazy” i.e. a psychopath – see the quote of Adolf Eichmann and see if a law would have changed his mind: “I will leap into my grave laughing because the feeling that I have five million human beings on my conscience is for me a source of extraordinary satisfaction.” This is the mindset the Government is using to take a Free People’s guns to stop a mass murderer!