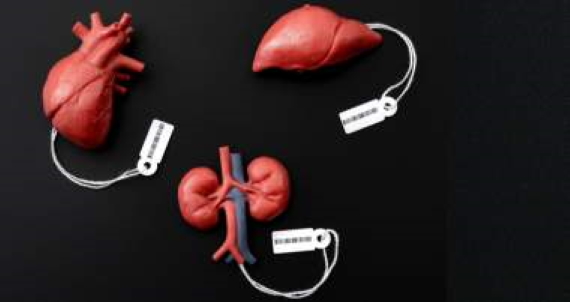 Mere months after Beijing resident Han Junqing was arrested for practicing Falun Gong, his family was told he’d died. They weren’t allowed to see his body until four weeks after his passing, and then only briefly, but what they saw was truly shocking.

“‘There were stitches at the throat area, using very thick black threads. The incision extended down until covered by the clothes,’ said his daughter, Han Yu, at a United Nations event on forced organ harvesting on Wednesday [9/26],” reports Quartz.

“Her uncle and other relatives managed to unbutton her father’s clothes,” the site continues. “‘They found that the incision was all the way from throat to the abdomen,’ said Han. When they pressed the abdomen, they found that his abdomen was stuffed with hard ice. Her father’s organs, she said, had been harvested.”

This isn’t unusual, either. Forced organ harvesting is happening in China on an “industrial scale,” reported the human-rights group China Organ Harvest Research Center (COHRC) in July. Often targeted are members of the Buddhism-centric religious minority Falun Gong, with 65,000 of them having been murdered for their organs since 2001, human rights lawyers estimate. Moreover, “members of other religious and ethnic minorities, including Uyghurs, Tibetans, and some Christian sects, have suffered the same fate,” Quartz also informs.

They’re all the victims of a lucrative organ transplant market worth more than $1 billion yearly. Specifically, “Data from 2007 shows [sic] that hospitals charged more than $65,000 for a kidney transplant, $130,000 for liver, and more than $150,000 for lung or heart,” reports Fox News. “Desperate patients might make a high-price ‘donation’ for a new organ at top-speed.” So as Charles Barkley might say, and did say when defending the NBA’s recent kowtowing to China, “It’s a business decision” (video on the subject below). 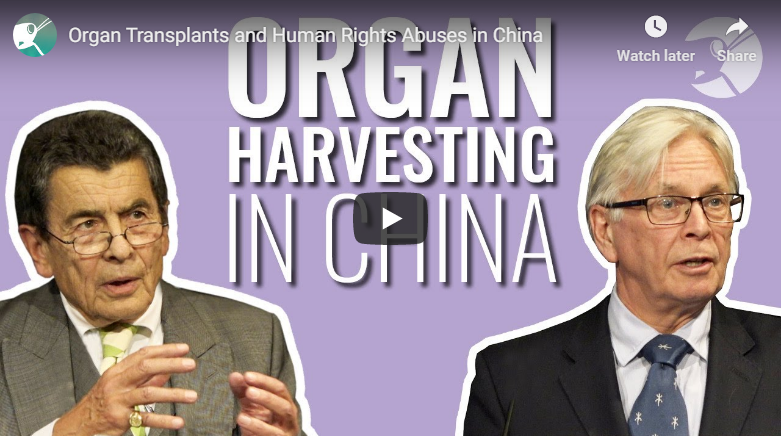 Consequently, China is now a place where getting sick can be good for your health. Just consider Jennifer Zeng, a Falun Gong practitioner arrested in 2000 and put in a labor camp in China’s Da Xing County. After her blood was drawn and while being interrogated about her medical history, Zeng told officials she had Hepatitis C.

“‘Twelve days later, my (cellmate) died as a result of forced feeding,’” Fox News relates Zeng as saying. “‘Having hepatitis C might have unqualified me as an organ donor.’”

This is the norm, too. In fact, survivors “routinely point to the frequent physical screenings, ultrasounds, and X-rays as further corroboration that victims are being monitored to determine whose organs are healthy enough for transplantation purposes, as most are pushed to the brink in allegedly tortuous interrogation sessions,” Fox also reports.

More frighteningly still, in June, “the China Tribunal, an independent organization created to investigate the alleged crimes, found that some prisoners have their organs forcefully harvested … while they’re still alive,” Quartz chillingly informs.

As to this, consider the testimonial of Jiang Li. On January 27, 2009, she and three family members go to visit her father, Jiang Xiqing, a Falun Gong practitioner who’d been arrested and put in a forced labor camp not a year earlier. Despite his having been mentally and physically healthy at the time of the visit, the very next day her brother gets a startling phone call.

Her father has died, the voice informs — and then immediately hangs up.

Yet the truth is even worse.

When Li and her family arrive at the mortuary, officials read them the regulations: They may view only her father’s head, not the body, and cameras and communication devices are forbidden. What happened next, though, was terrifyingly unforgettable.

When they entered the freezer room and Li’s older sister touched their father’s face, “she screamed that his philtrum was still warm, and his upper teeth were biting his lower lip,” writes Fox News. “He was alive.”

But this meant nothing to Chinese officials. “‘We pulled out my father’s body halfway. We touched his chest, and it was warm. He was wearing a down jacket. My older sister prepared to perform CPR,’” Fox quotes Li as saying. “‘But [we] were each forcibly dragged out of the freezer by four people. Uniformed and plainclothes officers pushed my father’s body into the freezer. They demanded that we quickly sign for cremation and pay the fees.’”

Then there’s Yu Ming’s story. A Falun Gong member newly arrived in the United States, the 47-year-old “claimed that he was ‘kidnapped’ multiple times by law enforcement, the most recent time in August 2013, and locked up in the Shenyang Detention Center where he was allegedly beaten into oblivion,” Fox also writes.

“As time when on, his friends disappeared. The family of one Falun Gong companion, Gao Yixi, recalled seeing ‘his eyes opened wide, his stomach deflated and no organs inside.’”

So that’s what is happening. The question is whether Westerners have the guts and character inside to turn their backs on the brutal Beijing regime.

My belief has long been that we should have withered China on the vine instead of “opening” her up. But now the horrors visited upon labor-camp “organ donors” have, in a way, become a dark metaphor for what Beijing does to us.

China has opened us up, wide, stealing our technology; putting propaganda in our schools; and censoring our academicians, movies, businessmen, and politicians via an economic cudgel, as she gets rich and builds a war machine on our trade. Western utopians believed that the civilizational interchange would cause China to become more like us. But we’ve become more like China, as its money hungry cultural supremacists meet our money hungry cultural relativists.

In reality, though, we’ve become more like Beijing largely without its help. We even have our own human harvesters, in the form of Planned Parenthood killing babies and selling their body parts. For that’s what happens when a civilization descends into godlessness and moral nihilism and, more and more, everything becomes “a business decision.”