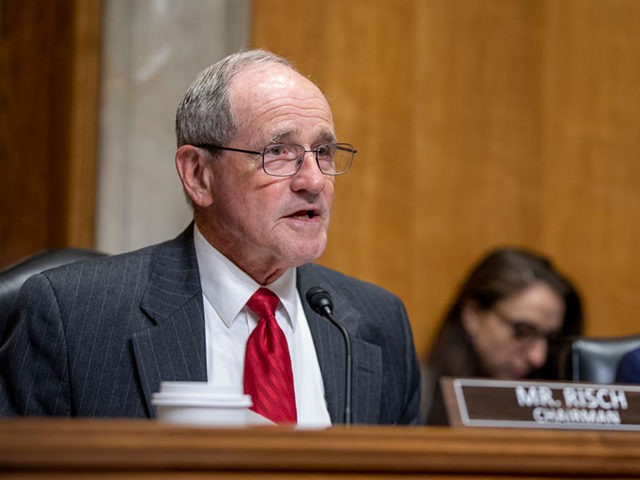 Sen. Jim Risch (R-ID) is pushing a new bill that would transport many Muslims from chaotic Syria and Kurdistan into America’s schools and workplaces.

The bill creates a refugee program for Syrians and Kurds who claim to have helped U.S.-funded armed groups, such as the Syrian Democratic Forces (SDF). Risch is the chairman of the Foreign Relations Committee, so his legislation may pass as soon as this week

But his bill would provide a “carve-out” in refugee law for Middle Eastern fighters, said a source. Also, the uncapped refugee inflow would include many unvetted and unidentified people because U.S. officials cannot prevent or even detect fraud in the war-torn areas occupied by hostile or corrupt warlords, said the source.

Once people are admitted as refugees, they are put on a fast-track to citizenship.

The program would import Syria’s chaotically diverse cultures and conflicts back into the United States, the official said, adding, “It is the ‘Invade the World/Invite the World’ attitude.”

The legislation reflects the politicians’ starry-eyed support for foreign groups, regardless of the cost inflicted on Americans, the official said. “They care more about Syrians than they care about Americans,” the source said.

Refugee programs are backed by business groups — including donors in the state’s dairy industry — because the refugees provide businesses with extra workers, consumers, and renters. However, nearly all refugees vote for Democrats who offer to support them with welfare and also to raise their social status by promoting diversity. 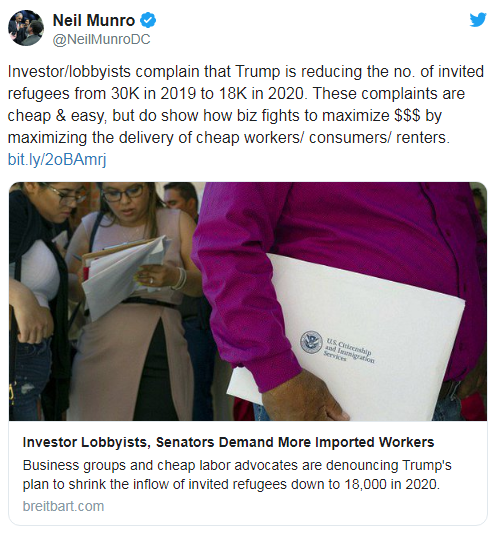 Investor/lobbyists complain that Trump is reducing the no. of invited refugees from 30K in 2019 to 18K in 2020. These complaints are cheap & easy, but do show how biz fights to maximize $$$ by maximizing the delivery of cheap workers/ consumers/ renters. http://bit.ly/2oBAmrj

Risch’s bill is titled S.2641 and is named “Promoting American National Security and Preventing the Resurgence of ISIS Act of 2019.” It was introduced October 17.

The bill cuts a hole through current refugee law to allow many Kurds and Syrians to be flown out of the war zone into the United States, providing they claim a connection to groups who were supported or funded by the U.S. government during the last few years:

Aliens granted status under this section as Priority 2 refugees of special humanitarian concern under the refugee resettlement priority system shall be deemed to satisfy the requirements under section 207 of the Immigration and Nationality Act (8 U.S.C. 1157) for admission to the United States.

The legislation says the refugee inflow would be exempt from the president’s decision to cap the 2020 inflow of invited refugees at 18,000.

The legislation says SDF members cannot be excluded from the fly-to-America program: “An applicant for admission to the United States may not be deemed inadmissible based on membership in, or support provided to, the Syrian Democratic Forces.”

The SDF helped U.S. forces to defeat the Islamic State army in Raqqa. They are comprised of Muslim Kurds but also some Assyrian Christians and Muslim Turkmen.

Across the Middle East we have seen anguish on a colossal scale. We have spent eight trillion dollars on wars in the Middle East, never really wanting to win those wars. But after all that money was spent and all those lives lost, the young men and women gravely wounded, so many, the Middle East is less safe, less stable, and less secure than before these conflicts began.

The same people pushing for these wars are often the ones demanding America open its doors to unlimited migration from war torn regions, importing the terrorism and the threat of terrorism right to our own shores, but not anymore.

My administration understands that immigration security is national security. As a candidate for president, I made clear that we needed a new approach to American foreign policy, one guided not by ideology but by experience, history and a realistic understanding of the world.

The U.S. government-funded Voice of America posted a video of the SDF: 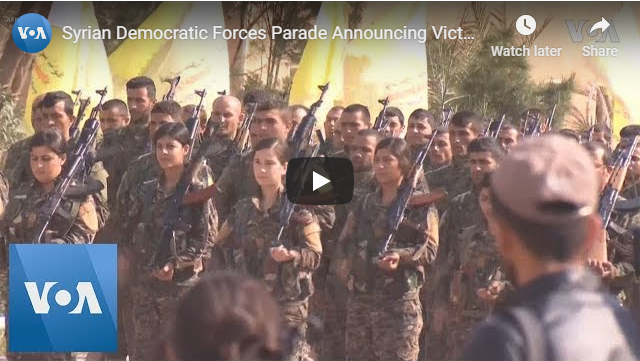 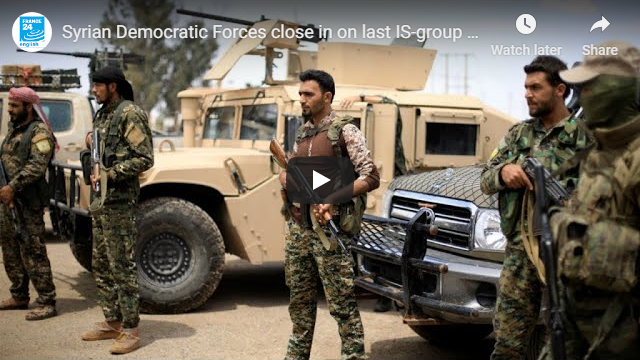 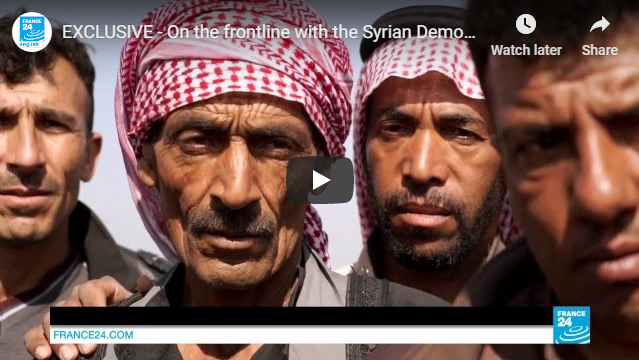 Risch is a former governor of the state, where Trump’s “Hire American” tight labor market is forcing employers and farmers to offer higher wages for American voters.

“Workers in Idaho are leading the nation in earnings growth, thanks in part to a buoyant job market and pockets of labor shortages that are putting upward pressure on wages,” said a 2018 report in the Wall Street Journal. “In 2017, Idaho workers boasted a 5.3% increase in earnings—mostly comprised of annual wages and salaries.”

The labor shortage is a boost for people in Idaho, said a September 2019 report in MagicValley.com:

Joselynn Ward said she finds the hands-on nature of the course engaging. The opportunity to get ahead is encouraging her to consider a career in construction, she said.

“It’s a lot more fun than just sitting at a desk and doing paperwork,” Ward said. “Although we do take notes, we are still very hands-on.”

But more refugees will flood the labor market, slow wage raises, and boost housing prices, even as Idahoans must dig deeper for the new home they need to create and nurture families.

“The Treasure Valley is one of the hottest housing markets in the nation … For locals who want to buy their first home, that makes the hunt feel like a race against the clock — or a race whose finish line seems infinitely distant,” said a May 2019 report in the Idaho Statesman.

Rising housing costs are a big problem for the state’s poorest-paid Americans. “While housing and rental costs continue to climb around Idaho and the Treasure Valley, one recently-released report says renters’ wages are lagging behind in 80% of Idaho’s counties and seven out of eight metro areas,” said a June 2019 report by KVTB. 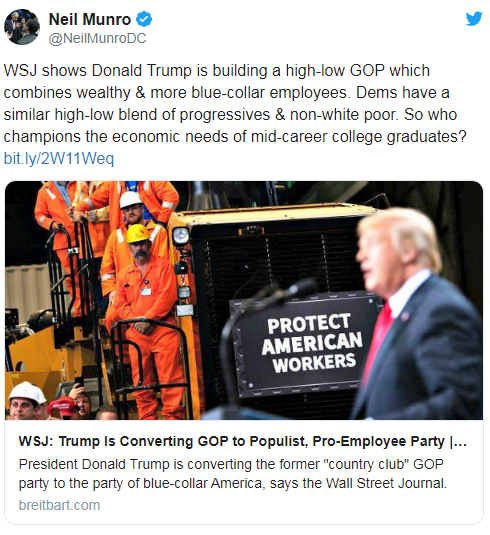