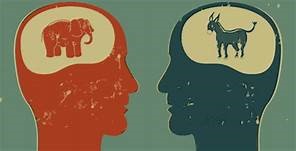 Conservatives are usually busy and tend to wait until the last minute to vote, so if you are a City of Spokane Valley voter, and you haven’t voted, here are my choices from one conservative to another:

Even if you aren’t a conservative, but just want good government, then please take my advice.

The City of Spokane attempted to take over the Spokane Valley a couple of decades ago and the residents reluctantly formed a city to prevent that conquest. That still didn’t stop the Leftist mindset from growing in the Valley as tares among wheat. There have been many new people moving to Spokane from the Left Coast, but mainly it has been our fault for losing ground in that many of us have been simply ignorant of the true nature of our elected.

Politically, the City of Spokane is like a pond of blue in a sea of Red, and that is just how things are for now. Once in a while a conservative will squeak through in Spokane, like Mike Fagan, but he will be dealt with by and by, as happened in the Primary. The trend in recent years has been as Thomas Jefferson warned us,”The natural progress of things is for the government to gain ground and for liberty to yield.”  The Valley is no exception. Although the Spokane Valley is still conservative, the City Council races are non-partisan, and leftist politicians will portray themselves as they feel they need to in order to win. On the outside these actors appear as one thing, but how they truly think is another.

Last election the Leftists, led by Spokane Valley Indivisibles, and the moderate Republicans of Spokane County, defeated three conservatives and nearly a fourth to swing the political pendulum on the City Council decidedly to the Left. If their favorites; Brandi Peetz, Tim Hattenburg, and Lance Gurel are elected we may as well merge with the City of Spokane.