Have the Rich and Powerful Taken Over our Idaho? 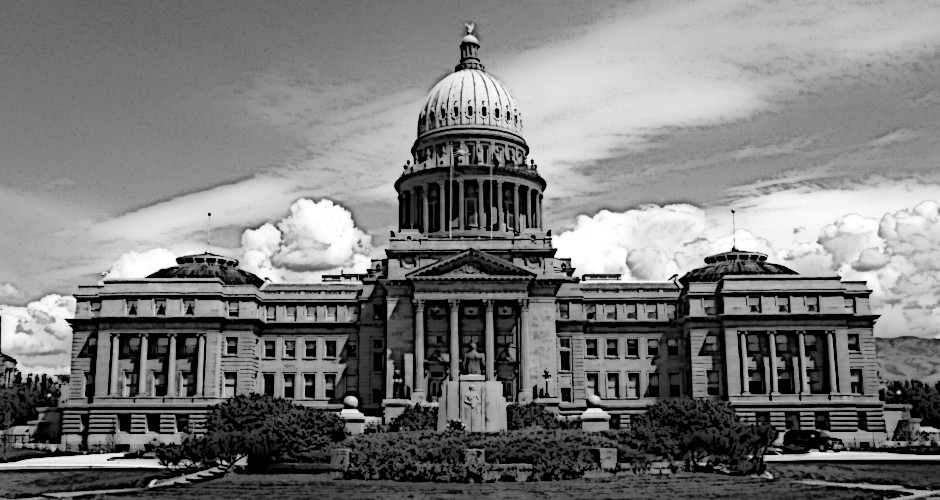 Have the Rich and Powerful Taken Over our Idaho?

The Gem State Patriot has been talking for years about the political corruption in Idaho and the powerful people behind the scenes pulling the strings of our elected officials. This Cabal of elite wealthy businessmen and women along with our taxpayer-supported colleges have been at the center of everything that is going wrong with our state and it is all about money and power.

We have seen how these people deal with their enemies with the current accusations made against former gubernatorial candidate Steven Pankey who is being investigated for a crime from 35 years ago which allegedly took place in Greeley, Colorado. Why is the establishment currently looking to destroy the reputation of someone like Mr. Pankey? We believe it is retribution for entering the gubernatorial primary race on the Republican ticket. In the last primary, Mr. Pankey, a serious candidate, took 1.4% of the vote which may not seem like much on the surface but it could be very meaningful in future elections. The voting margin for Republican establishment candidates in the gubernatorial primaries has shrunk to such a narrow percentage, they are scared to death that they will lose the next race.

We saw this in the last three-way primary when Lt. Governor Little was only able to muster 37.3% of the vote, a margin of just 4.7% higher than former congressman Raul Labrador. Mr. Pankey took 1.4% of the vote in that race and had Brad Little not attacked Labrador so viciously during the last two weeks of the election, the margin he took could have meant a loss for Little. In the 2014 primary, when Congressman Russ Fulcher challenged two-term incumbent Governor Butch Otter in the primary, the margin was much less when you take into account the 5.05% garnered by candidates Harley Brown and Walt Bayes. These two candidates brought the margin for Otter’s win to just 2.7% of the vote, a very scary number for the crony establishment to deal with. The power brokers of Idaho fear these margins will continue to erode as more candidates from outside of the crony establishment enter these important races to challenge these power brokers. They need to nip this proliferation of oddball candidates entering primaries in the bud or acquiesce to the fact that they could very well lose the next gubernatorial election and along with it their seat of power.

This investigation of Pankey is a shot across the bow and a warning to anyone who wants to run for office without the blessing of the Idaho Cabal of big money. They are telling future candidates if you step up and challenge us, we will take off the gloves and dig up every piece of dirt, real or made up, that we can use against you. As Idaho becomes more liberal and we continue to have an influx of new people settling here from other states, it has become increasingly obvious that Idaho’s political preference to be conservative will continue to be challenged and eroded. It is not only the leftists eroding and diluting the conservative vote but also the crony republican establishment who are at best, moderates, and at worst, crooks looking to squander our tax dollars. Since my days as a director of the Boise Tea Party, I have been a close follower of the political scene in Idaho and have observed how it has morphed from a state of pure conservative Republicans to a state where the rich and powerful have taken over our political system. Their influence is the reason that every year, the liberals gain a percent or two more votes at the polls. They have been at the forefront of helping change this great state from a conservative fortress to a state riddled with corruption and political favors at the highest levels of government.

Steve Pankey was on Kevin Miller’s Show 580KIDO and talked about this investigation, but he also talked about how he was optimistic about the future of Idaho. While the verdict is still out, we should all hope he is right but our fear is that the jury deciding the fate of our state is peppered with the very villains who have taken it over. We have a Governor who ran as a conservative but vetoed the repeal of the grocery tax, the most regressive tax on the books in Idaho affecting low-income taxpayers. He has admitted he believes in “Climate Change” and just recently stood with our liberal looney Mayor Bieter in declaring “Columbus Day” to be “Indigenous Peoples’ Day.” He helped organize the group of legislators responsible for giving Idaho Obamacare with the implementation of the State Health Insurance Exchange and allowed Medicaid Expansion into our state which will cost us hundreds of millions in future taxes. What this Governor will lead a crony-run legislature to do in the next legislative session one can only have nightmares about because we have already seen a preview of what he is capable of in his first year in office. We can only guess which way he will lean on the important issues in this next session but our bet is it will not be good for taxpayers.

While we believe Mr. Pankey is right in some ways about Idaho still being a great conservative state, we think it is more like a car trying to get traction on an icy road with bald tires. The staunch conservative bastions of this state are still in the rural areas where the good-paying jobs are few and far between. In towns where the internet is so slow, it is faster to communicate with people by going down to the local post office. This is where many families are forced to go on the government dole because it is the only way they can get by. These towns are dealing with a decaying population base and have become a place where many have lost hope for their future and the future of their children.

I tell you this because I live in one of those communities that has been forgotten by the bureaucrats of Boise. These towns have been left to fend for themselves as they continue to see the forests they live in burdened with hundreds of new regulations each year while being continually ravaged by huge fires. They have their grazing lands being taken away by conservationists, while their natural resource wealth in minerals is locked up in the ground by onerous federal environmental regulations. If Idaho is to rise up and correct itself it will have to happen in these rural communities as they are the ones who originally made this state the conservative bastion it once was. Unfortunately with no one trying to help them reclaim the 62% of Idaho’s land controlled by federal government we fear these rural communities will continue to see decreasing populations year after year.

My last comment is to tell you that as the publisher of this newsletter I refuse to give up and allow the money mongers of this state to take it over. I only hope and pray that there are still enough patriots left in our state who care enough to take the bull by the horns and toss these crony politicians out on their ears and regain control of our state. It is time we got rid of this corrupt political system that has been in control of Idaho for way too long.