What is Climate Change Costing You? Ask Idaho Power 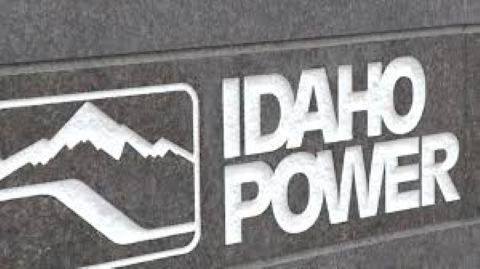 What is Climate Change Costing You? Ask Idaho Power

Idaho Power is spending millions to implement their green energy program in response to climate change. This is being done to reduce carbon dioxide. Idaho’s largest solar farm project to produce 120 megawatts of power near Rogerson (Southwest of Twin Falls) will start soon.

The cost is $300 million for 300,000 solar panels (likely made in China) on 1000 acres of land. Idaho Power plans to eliminate coal power production which supplies about 50% of Idaho’s electricity needs. The cost of conversion of Ft. Bridger coal power plant which produces 1000 megawatts of power to natural gas will cost millions. Ft. Bridger produces power 24/7 whereas solar only produces power when the sun is shining. In the wintertime the sun shines only 9 hours. A backup power source must be ready 24/7 when sun not shining and wind not blowing. This requires the use of more energy.

I am a plant scientist with extensive research in meteorology and climatology. Man-caused global warming due to Carbon Dioxide is a world-wide gigantic United Nations Agenda 21 hoax. CO2 is not a pollutant, but is necessary for life on the planet because it is used in photosynthesis by green plants to produce the oxygen we breathe and the food we eat. Over 31,000 US scientists including over 9,000 Ph.D.’s are against man-caused global warming. Only 77 are on record in favor of man-caused global warming. Climate change goes on all the time. Historically, we have had warm and cold periods throughout the history of the earth. The earth has been much warmer than it is now without a detrimental effect on mankind.

To show how ridiculous it is that carbon dioxide is destroying the planet, I use this illustration. Visualize that the earth’s atmosphere is a 100,000 seat football stadium. How many seats of the 100,000 seat stadium would Carbon Dioxide at 410 parts per million occupy? CO2 would only take 41 seats! To think that this small amount is killing the planet is beyond belief. Yet, Idaho Power has fallen for this hoax to waste millions of dollars of rate payer’s money which will NOT have any effect on the health of planet earth.

The bottom line is that carbon dioxide is not a pollutant killing the planet. Spending even one dollar in reducing it from coal power generation is a waste of money. Inexpensive energy has driven the Idaho and US economy. We must expose this climate change/global warming fraud. Please contact Mr. Darrel Anderson, CEO of Idaho Power and President of Ida Corp, His address is Corporate Headquarters, 1221 W. Idaho Street, Boise, Idaho 73702. Also, contact the Public Utilities Commission to stop approval of these needless, costly green energy project. Get informed and take a stand against this unscientific green energy movement!