Warning to Republicans: Obey the Constitution! 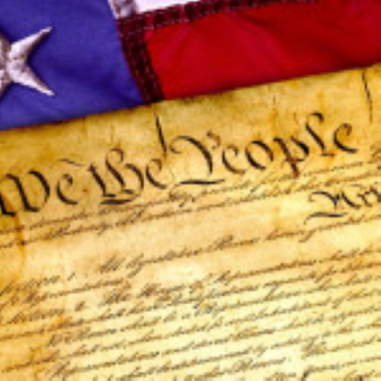 Warning to Republicans: Obey the Constitution!

Notwithstanding Ronald Reagan’s economic accomplishments, his successor, George H.W. Bush, immediately started blathering about a “kinder, gentler nation.”  When I say immediately, I’m talking about Bush’s inaugural address.  To those who were half asleep, it sounded like a harmless bit of gibberish.

Those who were awake, however, surely realized that a nation can be neither kind nor gentle.  Technically speaking, a nation is just a geographical area with (hopefully) well-defined borders.  Only human beings can be kind and gentle.  Fortunately, people of goodwill are kind and gentle without having to think about it, so they don’t need self-righteous, capricious politicians to urge them to improve in either of these areas.

Nevertheless, words have consequences, and when President Bush made his infamous, innocuous statement, lying in wait for any signs of weakness were the fascist progressives who, for centuries, had aspired to dictatorial rule and the power to remake society in their own image.  Of course, they never came right out and stated that that was their goal.  Instead, they used words like “liberalism” and “progressivism,” because they realized that the only way they could attain and hold power was to camouflage their true objective.

That, however, changed in 2009 when they gained full control of the presidency and both houses of Congress.  Not only did they begin to talk openly about their collectivist goals, they boldly began using the dreaded “S” word.  Even though Barack Obama was an inept and lazy simpleton, he did succeed in bringing talk about socialism into the open.  It was the very foundation of his goal to fundamentally transform the United States of America into a Marxist country.

Of course, to this day leftists still try to downplay the harsh realities of socialism by dressing it up with euphemistic names like “democratic socialism.”  No question about it, it sounds warm and fuzzy, but history teaches us that once you open the door to iniquity — even a crack — evildoers will try to push it all the way open.

Clearly, the long-term goal of America’s Radical Left is not socialism any more than it was for the Russian Bolsheviks in the early part of the 20th century.  As Vladimir Lenin put it during the Russian Revolution, “The goal of socialism is communism.”  Give the man credit for one thing, he was straightforward.

So how is it that a system that has failed everywhere it has been tried is now viewed favorably by so many Americans?  One answer is because far too many Republicans are afflicted with a paralyzing condition known as cowardice and, as a result, do not have the courage to stand up to the Radical Left.  Notwithstanding mountains of evidence to the contrary, they believe that the only way to get elected and reelected is to fall all over themselves trying to prove they are just as compassionate as the Dirty Dems.

In other words, their greatest fear is that if Republicans try to please their core constituents — namely, the very voters who gave them the presidency, the House, and the Senate in 2016 — they will end up losing everything this time around.  A rational person has difficulty understanding why they would believe that the only way to attain and maintain power is to do the exact opposite of what worked for them in 2016.

The reason the United States is now $22 trillion in debt is because Republicans still believe that the path to power is to convince voters that, if elected, they will throw them more bones than the Democrats.  Make no mistake about it, bone-throwing is a great vote getter.  The problem, however, is that every bone that is thrown only succeeds in bringing cries for still more bones, until, as Margaret Thatcher warned us, there are no more bones to throw.

It’s important to remember that the far left never retreats.  It is patient.  It has been trudging forward in America for more than a hundred years, at least since the heyday of anarchist lovers Emma Goldman and Alexander Berkman, which was followed by the founding of the Progressive Party by Theodore Roosevelt in 1912.

By contrast, too many professed conservatives retreat at the drop of a moral accusation.  For some strange reason, being accused of callousness by the enemies of liberty is more than they can bear.  As a result, radical Democrats become more emboldened every day and talk openly about such atrocities as infanticide, sanctuary cities, and reparations, all while accusing those who disagree with their agenda of racism, misogyny, xenophobia, and worse.

The harsh reality is that if Republicans continue to distance themselves from conservative principles while doing back flips to assure their “colleagues on the other side of the aisle” that they would like to work together on projects that take evermore freedom and money away from citizens, they run the risk of losing everything in 2020.  All the Donald Trumps in the world cannot save America if the enemies from within — for simplicity, call it “the Romney crowd” — are not kept in check.

Fortunately, mainstream Americans are still mad as hell — more so than in 2010 and 2016 — but there’s nothing they can do about it if Republicans are not willing to step up to the plate and help Donald Trump fundamentally transform America back into the country it was when Radical Leftists did not dare talk openly about their Marxist vision.

Voters don’t need another Democratic Party.  The one they have has nearly bankrupted America, not just financially but morally.  Millions of voters want Republicans to stand up for life and liberty and push back against depraved Democrats.  Better yet, as Steve Hilton said on “The Next Revolution” last Sunday, Democrats need to pay for their dirty deeds.  Punishment is in order.

Most important of all, Republicans need to start openly preaching Barry Goldwater’s unequivocal message that the federal government’s number-one job is to obey the Constitution.  Nothing would do more to make America great again than adhering to his courageous words.