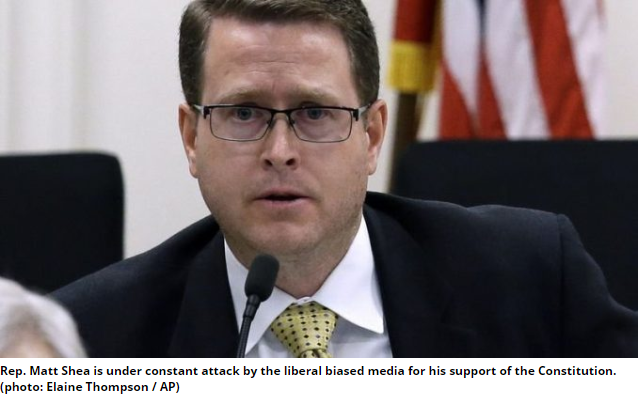 THERE IS A GOOD ARGUMENT THAT THIS ENTIRE ATTACK WAS ORCHESTRATED WITH A SPECIFIC GOAL IN MIND.

The tyranny-loving leftists keep losing their cookies over God-fearing, Constitutional Patriots all over the nation. From Washington DC to Washington State, the “Trump Derangement Syndrome” has hit it’s peak since the Mueller report went public. It has taken hold of all things constitutional, and has spread to more than just our President.

While radicals in DC grasp at straws looking for a reason – any reason – to remove President Trump from office, left-wing extremists all over the country are targeting conservatives with misleading rhetoric and distortions to the point of making themselves look foolish.

Too many of the false allegations are strictly designed to force the resignations of conservative lawmakers so the blue-pilled wingnuts can control the agenda and the narrative. But, we all know that when someone gets the flak then they must be over the target.

And so it goes – again – for Rep. Matt Shea of Washington.

Yes, yet another tiresome hit piece was aimed at Rep. Shea this week, this time from the CTR shills at a propaganda rag from across the pond. Worthy of a lead on the Onion or the Babylon Bee, this “scoop” shows a twisted sense of what is true and what is spin.

While it is true that a small group of three friends were having a private discussion through the APP called “Signal”, so what? People are allowed to have conversations with friends. It is not illegal. It is not regulated. The thought police are not here … yet.

Signal is a private messenger app that is encrypted and secure for it’s users. Anyone can have a private conversation, and can add as many people as they like to these groups. As more people are added to a conversation, they cannot see what transpired previously in that thread.

This app hit headlines a few years ago when it was reported that Federal employees were using it to express their dissatisfaction with government in a way that could not be traced.

Back to what can be verified, and what cannot.

These 3 friends had their conversation during the time of heavy unrest by Antifa and the expected national riots that some were calling “Another Day of Rage”.

The marxist propagandists are screaming that this private conversation contained violent rhetoric. Again, even if true, so what? This conversation took place a year and a half ago. Nothing came of it because nothing was supposed to come of it. Selecting bits and pieces of a conversation that does not put the comments into context does not make their point, it just reinforces their partisan agenda.

These are not inherently violent people and they were not “making plans” to do anything. They were discussing the already proven violence of the left. They were reacting, as every human being can relate to. That is no different than the Liberal Left calling all conservatives “Fascists”. 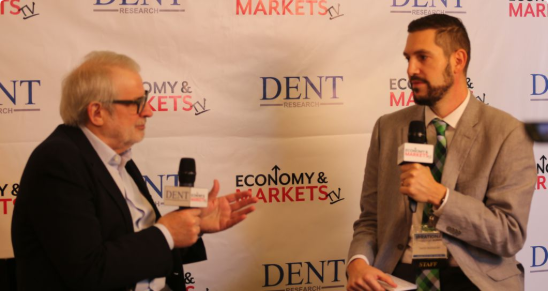 The person that began this group was the same person that provided the content of the conversation to the biased media: Jay Pounder, also known as Fox519. Pounder started the group and led the conversation, then instigated the escalation between the 3 people talking. He brought Rep. Shea into the group without telling him anything that was said previously.

One might think that this was even orchestrated with specific results in mind.

An archive of the entire conversation exists, showing the point that Rep. Shea joined.

Let’s talk surveillance. This is a noun that means close observation and vigilance. Okay, that is what everyone preaches when it comes to your personal safety. That is what neighborhood watches are based upon. This is all that was discussed, “Be aware of who is around you.”

Background checks? We can all do them. It is even recommended that women make it a regular habit of checking out men before spending time with them, as too many women seem to fall victim to less-than-honorable men. Many of these websites pop up on web searches regularly.

Jay Pounder is an ex-Patriot that has no problem putting others in harms way, yet whines when he thinks that someone might get mad at him for it. I wonder if it was planned to wait until after the winter snowfall to release this obsolete and outdated information? Personally, I suggest giving him a coloring book and directing him towards his Safe Space.

For anyone to accuse someone of the very things they are guilty of doing themselves shows that they lack a sense of moral responsibility and social conscience, and are dishonorable not just to their comrades, but to themselves.

Pounder and his cohort have no problem doxxing these people and causing them to receive death and violent threats against themselves and their families. What does this say about the “tolerant” Left?

The drama-writer did not do Pounder any favors. As is typical of the Radical Left, he used that man just to get a headline. The media knows that, even after being wrongly accused, these men have a belief in Christian ethics that will protect even a Judas. But, they got their headline, so they are not really concerned.

These Social Justice Warriors have proven themselves to be no better than any stereotypical thug or vigilante. And they are far worse than what they are trying to portray in these men.

Let’s hope we won’t have to waste any more time, money or energy on these tedious accusations from the left. It is very disturbing to watch them humiliate themselves in print.

This is my personal response and my personal statements and I speak for myself and myself alone.

First let me give some background as to the time of this conversation:

This conversation took place during the time that the Radical-Left Communists, Socialists and Antifa were in the streets attacking American citizens. They were beating them with bicycle locks and skateboards, mobbing and viciously attacking these fellow Americans, simply because they chose to support their duly elected President. They were burning American cities and streets.

That being said, the participants in the cited conversation are combat veterans. Many years ago we swore an oath to defend this country from enemies foreign and domestic. Communism has always been the enemy of our great Constitutional Republic. Now the Communists have brought terror to our streets.

We, and many other combat veterans that have talked to me about it, were absolutely pissed that these Communists, lowlife Antifa were allowed to terrorize our country and the citizens we swore an oath to protect.

When I see communist terrorists attacking my country and my fellow Americans, yes, I want to smash their heads in. I have no regrets in feeling that way or saying it.

Now, let’s move on to the traitorous Benedict bastard that set this all up.

What the UK Guardian is withholding is the informant that turned over this conversation to them.

Let me make a side note to the guardian: Yes, we Americans even bashed in the heads of British Tory and tyrants.

The way the Signal app works is that a person added late in a conversation cannot see any of the previous comments.

It would appear that Jay Pounder did this deliberately to implicate Representative Shea. In fact, I have a complete original copy of this conversation where Jay Pounder asked me and John Jacob what our opinions were on what to do about these Communist punks. Where he talks about cutting brake lines and where he continually attempts to escalate the conversation into violence. Between this conversation and later conversations that I had with Jay Pounder, it is obvious where he grew unstable and outright mad. He wanted conservatives to commit acts of violence on the streets, like Antifa. I personally have statements where Jay Pounder questioned Matt Shea’s strength as a leader because Matt would not support violence.

I have messages from Jay Pounder where he admits that he (Jay) was growing increasingly mentally unstable and unable to handle the anger caused by this. He was instructed and counseled to channel his anger towards something productive.

Because of this display of mental instability, we slowly started distancing ourselves from Jay Pounder. We grew continually concerned about his wanting to escalate violence.

And I offer to you that this could be the reason for the sudden targeting of Representative Matt Shea by Jay Pounder.

I know most, if not all, true American Patriots can stand with me on this. We are duty-bound to stand and protect Our Nation, Our Constitutional Republic from the tyrants and the terrorists regardless if they’re overseas or homegrown.

And now I’ll leave you with this:

Now is the time for American veterans and Patriots to stand up and defend those that are fighting for our rights.

Even if that’s just defending those that are fighting for us.

And may the Lord bless and keep us, and may He watch over and protect my friend and representative, Matthew Shea.