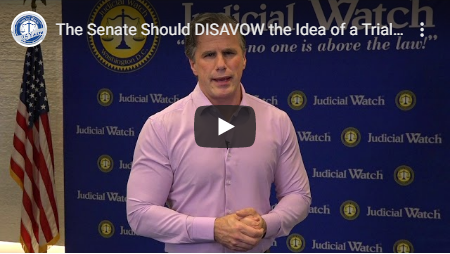 Today’s vote endorses an abusive process that rolls over the rights of President Trump and undermines the rule of law. This was no impeachment resolution – it was a coup resolution. This coup attack was corruptly formed and corruptly pursued. The U.S. Senate should rule out a trial on any so-called impeachment arising from the Pelosi-Schiff abuse of the U.S. Constitution.

In the meantime, Judicial Watch will continue its dozens of FOIA lawsuits that have already uncovered so much about the related abuse of President Trump – Spygate, which is the worst public corruption scandal in American history.