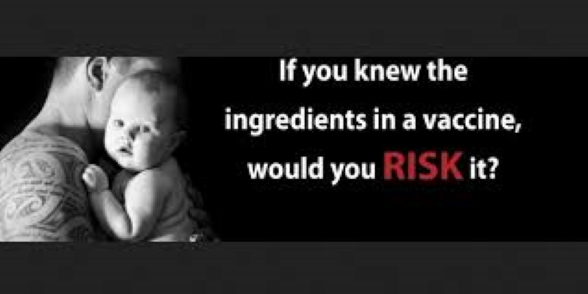 In its never ending United Nations (UN) quest to have control over healthcare in the world, the United Nations Children’s Fund (UNICEF) has now embarked on a new agenda to address “vaccine hesitancy”, their new term for those who are anti-vaccination.  They are targeting parents whom they think fail to properly vaccinate their children.

Before going further on this subject, it is not the intent of this article to dissuade, or encourage, anyone from making a decision on whether to or not to vaccinate their children, or themselves.  It is to encourage thoughtful consideration on being fully informed beyond what information the UN has decided you should know.

UNICEF opinions and strategies were discussed in June of this year at the Vaccine Summit Interviews conference that included several different panelists.  The summit began with a third world child suffering from a case of measles, followed by applauding a young man who defied his mother’s anti-vaccination wishes and chose to get vaccinated, making vaccinations a mission in his short life.

A couple of core themes throughout the summit was the public “disease of ignorancy”, using social media for inaccurate information, and how “collectively” vaccinations were a global issue.  UNICEF sees vaccinations as a step towards a much needed universal health care system and advancing the Sustainable Development Goals (SDG).

The use of celebrities was supported to promote vaccinations.  More appalling was Jason Hirsch, head of Facebook’s health policy team, who disclosed a new Facebook policy implemented in March.  He revealed the policy strategies used to advance vaccinations by reducing information and sharing that is considered anti-vaccine, pulling anti-vaccine pages out of recommended pages, manipulating searches that would demote anti-vaccine information while placing pro vaccination policies at the top of search results, refusing advertising on anti-vaccinations, disabling fund raising tools on anti-vaccination pages that spread “misinformation”, banning or removing pages that contained anti-vaccine information,  and promoting “authoritative” pages on vaccinations to the top of searches, which includes UNICEF and the UN World Health Organization (WHO) as the authority.  All of these strategies are intended to make sure only “accurate information” about vaccines were posted and inaccurate information was less accessible or removed.  What other authoritative propaganda is the UN promoting besides vaccinations?  Seems they have made other health issues their focus for propaganda.

Much emphasis was placed on gaining the “trust” of those who are vaccine hesitant, listening to them, and validating their concerns, all in an effort to properly educate them so they would chose to vaccinate.  After all, the panel believes this affects us collectively.  As a UNICEf partner, the Center for Disease Control (CDC), and its Foundation will also be promoting this vaccine agenda.  Regarding vaccines, there are some truths they suppress.

While these panelists threw the term measles around, noting the recent increase in outbreaks, what they are not telling you is which type of measles.  The MMR vaccine is for Measles/Mumps/Rubella.  Measles and Rubella, known as German measles, are both caused by different viruses but with different symptoms and effects.  Rubella can be especially devastating to a fetus early in a woman’s pregnancy.  It is never clarified which measles these folks talk about, just lumping them both together.  Perhaps they don’t want you to understand the difference.  For those who contract either disease there is a lifelong natural immunity to both.

The Gardisil vaccination is for the Human Papilloma Virus (HPV), given to individuals from age 9-45, for the purposes of preventing certain types of cancer.  In 2011, there were a reported 26 deaths following the HPV4 Gardasil vaccination, in addition to other serious adverse events.  According to the CDC Vaccine Adverse Event Reporting System (VAERS), reported adverse events from the HPV4 vaccination included 152 deaths, 1,071 convulsions, with  6,401 having no adverse events.  HPV9 is the vaccine given now, with only 13 deaths associated with it.  When considering vaccinations, all information should be taken into account in order to make an informed decision, not just because the UN says so.  Other adverse vaccine events can be searched on the site here, just click on the top link.

Moving over to more conspiracy oriented events with vaccines, it was alleged that birth control was included in tetanus vaccinations given to women in Kenya, 2014.  An updated paper on this issue was published in 2017.  While this paper is a long read, it is well worth the time as it provides a history behind WHO and UNICEF family planning antics, and U.S. involvement.  Skipping to the conclusion, “Laboratory testing of the TT vaccine used in the WHO Kenya campaign 2013- 2015 showed that some of the vials contained a TT/βhCG conjugate consistent with the WHO’s goal to develop one or more anti-fertility vaccines to reduce the rate of population growth, especially in targeted LDCs such as Kenya.”  This is one other major factor that makes many “vaccine hesitant”, the question of what other components might be included in vaccinations.

All Americans should put on their critical thinking hats when considering vaccinations.  Yes, statistics show disease reduction with vaccinations, but the statistics also show adverse effects as well.  As individuals, who are not part of a collective, group think, or herd mentality, Americans hold the right to make decisions as to whether or not to vaccinate.  There is no shame in either decision.  It would be appalling to our Founding Fathers to know that the government, with their despot partners, believe they have the authority and right to force every American to turn their child over, or themselves, for injection of a foreign substance into their bodies.  UNICEF and WHO do not want you to know or even think about any potential consequence of vaccinations, and obviously believe they have to right to dish out propaganda about it.

While UNICEF and WHO claim their outreach on vaccines should be “culturally relevant”, if these know it all, pompous elitists want to build trust with anyone, it is making available all information about vaccines, both the positive and negative, not suppressing it, and leaving it up to the individual to make the decision about whether or not they will choose to be vaccinated.  Americans are not much for collectivism, and don’t consider themselves living in a global community, but are rather intelligent individuals who make decisions for their own lives.  With Facebook operating as a censorship and propaganda organization, perhaps everyone should consider MeWe as a social media platform.

Go to this link to watch the full UNICEF video on vaccinations, it is a little over one hour.