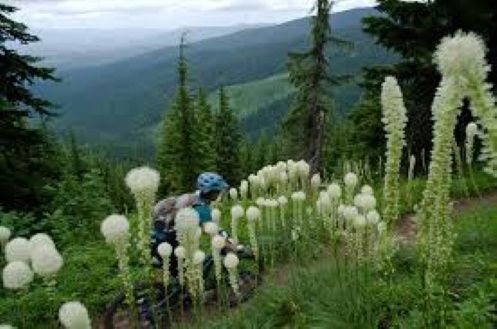 The High Divide Collaborative, (HDC) held a webinar in August, 2019, facilitated by Bray Beltran and Emily Harkness from the Heart of the Rockies Initiative (HOTRI).  The webinar started with the claim that the HDC is a “community based collaborative” that works across jurisdictional boundaries.  There is nothing community based about this group.

A few webinar highlights will be pointed out but the full webinar should be listened to in order to understand this massive, government sanctioned, agenda against Idaho, primarily central Idaho.

The High Divide area only exists “conceptually”, encompassing 25 million acres for connectivity, including private property that depends on grazing allotments, and that land is needed for their connectivity agenda.  This and recreational land is seen as necessary for the ecological and social “integrity” of the area.

Funding for their agenda came from the Land and Water Conservation Fund (LWCF) in the amount of $30 million dollars between 2016-2018 as an “investment” in restoration projects for conservation.  What did they do with part of that money?  Purchased inholdings, more private property under government control.  The question HDC now has is how to “protect” that investment.  It means exactly what it says, “Protect” from disturbance, practices, and use they don’t find acceptable.

“Shared priorities” within the collaborative include linkages with working ranches “nationally”, the importance of recreation land, and “open land in wildland urban interface” among others.  These are not community based priorities, they are shared environmental group and government priorities.  This is validated by the graphic shown in the webinar that is loaded with only federal and state governments, land trusts, Tribes, and non-governmental organizations (NGO), many of which do not even live in the area or Idaho.  That is who comprises the HDC with the government list being quite extensive.

The new ruse is “listening” to landowners, but it is really the “act” of listening, not actually listening, and by doing so “earning” our trust.  They also encourage this facade by asking questions.  Don’t be fooled by any of it.  For some unknown reason they think it is their job to “conserve a safe place for wildlife and families…and the community’, and provide a “safe place” to voice differences.  Listening is a pretense.  HDC and the rest need to be told to stay out of our communities and there will be no participation with them.

With “conflict reduction” comes their answer for how they want us to manage our land.  As they continue to pursue unreasonable high Grizzly populations, we humans must make way to avert conflict with them and plan for conserving their right to passage.  Planning includes removal of dead wildlife in their path, composting sites for those dead animals, human presence on the range watching for problems (like there is the manpower and time to do this by private land owners), and using bear resistant garbage cans.  Telling us how we should manage land is the ultimate goal.

Finally a few questions were answered, one of which was pointing individuals in the HDC hold the same ideology, where is there room for the voices that disagree?  Some fumbling and stumbling for an answer on that one was interesting.  Another question was about land trusts buying land outright in which the moderator disagreed, stating using conservation easements (CE) was for “keeping people on their land”, especially those who were struggling to keep their land and could “take advantage” of CE tax breaks.

It is worth listening to this video, especially for those in central Idaho, but is applicable in all of Idaho.  Collaboratives are nothing more than the federal government executing a conservation agenda via their NGO buddies.  The plan is taking land, then dictating how it should be used.  Never forget our Republic was based on local government, representation closest to the people.  HDC and rest violate this principle, have no respect for our Republic and governing system, and they need reminding that the authority lies at this level.