Public/Private Partnerships, Redistributing Our Wealth by the Millions and Billions 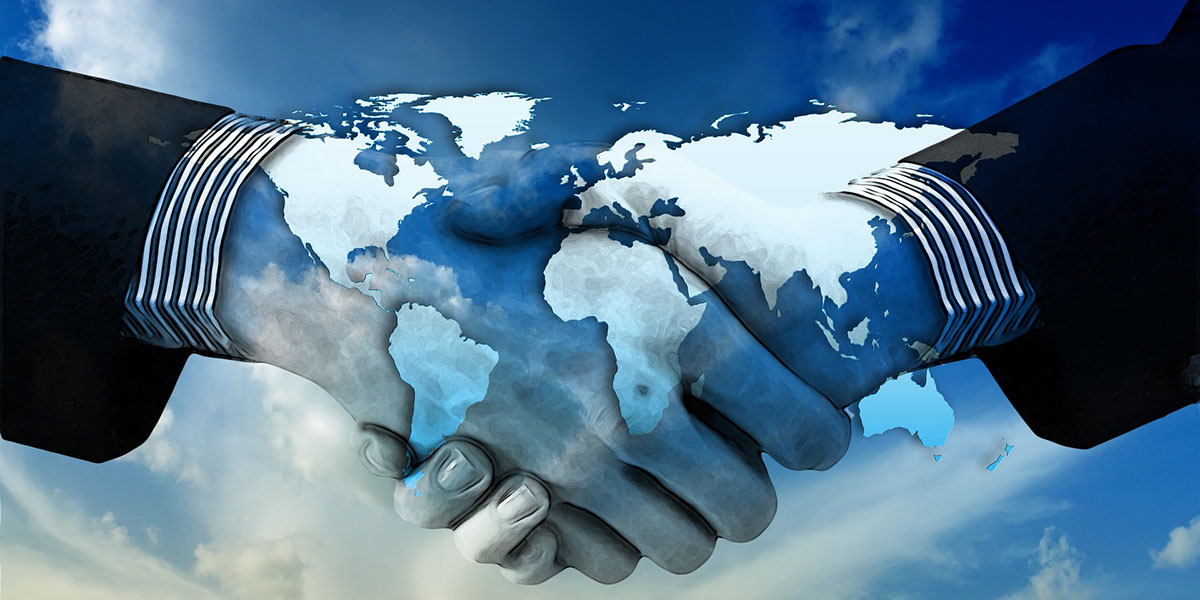 Public/Private Partnerships, Redistributing Our Wealth by the Millions and Billions

We have been railing against Public/Private Partnerships for many years. This is not a new issue. Many times in the past we’ve tried to inform the public of the dangers of PPPs, but they are complicated and most people today don’t want to take the time to delve deeply into anything that isn’t giving them pleasure. But now is the time to become educated on just one of the ways that we are being bled dry, that our money is being sucked off with huge vacuums and given to those conspiring to destroy America and the great American dream. They are winning because we are too busy, too lazy, too involved in other pursuits to stop them.

In a speech at the Freedom 21 National Conference in Dallas in 2007, Tom DeWeese, president of American Policy Center, noted:

During the first years of the Clinton Administration in the early 1990s, there was much fanfare about a new policy to “reinvent government.” It was sold as a way to make government more efficient and less costly. It would, said its proponents, “bring business technologies to public service.”

Pro-business, anti-big-government conservatives and libertarians were intrigued. The backbone of the plan was a call for “public/private partnerships.” Now that sounded like their kind of program.

Government, they said, would finally tap the tremendous power of the entrepreneurial process and the force of the free market into making government more effective and efficient. It sounded so revolutionary and so American.

Being open-minded and wanting to help us get back to what the framers of the Constitution had built for us, we wanted this to be true. But as Tom pointed out:

Yet, incredibly, much of the Sustainable policy has been embraced by the “free-trade” movement, which advocates open borders, free trade zones, and one-size fits all regulations, currencies, and the use of public/private partnerships. And many of the biggest proponents of the policy are conservative and libertarian think tanks.

It is little understood by the general public how public/private partnerships can be used, not as a way to diminish the size of government, but in fact, to increase government’s power.

That’s because no one ever comes forward and tells the general public the entire plan for something as vast as the Security and Prosperity Partnership. No one ever calls for a debate or a vote to implement the plan with public approval.

Instead, it’s done incrementally, a piece at a time, in an easy to disguise program here – a suggestion there. There are few debates or discussions. Even elected officials rarely know the true agenda they are helping to put in place.

Slowly, the whole comes together. By the time people realize the truth, it’s already in place. Policy is set.(Note Randy Salzman’s article below.)

And Public/Private Partnerships are becoming the fastest growing process to impose such policy. State legislatures across the nation are passing legislation, which calls for the implementation of PPPs.

At the same time, the private corporations use their wealth and extensive advertising budgets to entrench the policy into our national conscience. Cute little jingles or emotional commercials can be very useful tools to sell a government program.

It is one thing to spell this out. At least it gives you a foundation for what Public/Private Partnerships are. But until you are exposed to an actual project (or rather the ‘conceived’ project), you cannot fathom the intricacies of deceit, collusion, and theft of taxpayer money with which these entities are swindling us, the people.

In a must-read article from Thinking Highways, Randy Salzman’s “A ‘Model’ Scheme? is enlightening and frightening. As the lead-in says, “Salzman’s work is most comprehensive look at the dangers of P3s to date. It’s a must read for citizens and policymakers alike.” Please take the time to read it. I offer some key points from his article:

In wanting to institute an “Infrastructure Bank” to address America’s “crumbling highway infrastructure,” even President Obama, using New York’s Tappan Zee Bridge as a backdrop, recently encouraged P3 construction with a US$302 billion plan. The president had apparently not read Congressional Budget Office research into P3s, nor heard the Tappan Zee contractor speak at a congressional hearing.

In March, Fluor’s senior vice president Richard Fierce bragged that his company was saving taxpayers US$1.7 billion on the new bridge across the Hudson until one congressman offhandedly remarked that he’d heard the Tappan Zee project would cost US$5 billion, not US$3.1 billion as the contractor had claimed.

Salzman points out that the ‘private’ entities “put up tiny bits of equity, though they imply more because they borrow dollars from Uncle Sam that they likely will not repay”; that the state and federal taxpayers are ponying up the 95+% of the bill, and we are also stuck with the cost of the bonds when “the P3 goes bankrupt – as they almost inevitably do – about 15 years down the road.”

Media coverage of P3s over the past decade, furthermore, has been overwhelmingly positive, consistently following the contractor line that private innovation is offsetting significant amounts of expense, improving projects and freeing public dollars for other activities. However, the Congressional Budget Office indicates P3s provide little, if any, financial benefit to taxpayers.

“The cost of financing a highway project privately is roughly equal to the cost of financing it publicly after factoring in the costs associated with the risk of losses from the project, which taxpayers ultimately bear, and the financial transfers made by the federal government to states and localities,” the CBO’s Microeconomic Studies director told congress in March. “Any remaining difference between the costs of public versus private financing for a project will stem from the effects of incentives and conditions established in the contracts that govern public-private partnerships.”

In that congressional hearing, Boston’s Michael Capuano reminded congressmen that “people stole money” in prior equivalents of design-build P3s, and that’s why the highway construction paradigm became “inefficiency intended to avoid malfeasance.”

Read the article – it is eye-opening even for those who understand the concept of PPPs. We the taxpayers are having our wealth redistributed in so many ways, but this is one of the most egregious.

Back to Tom’s speech on Public/Private Partnerships and our Republic:

Further, participating corporations can control the types of products offered on the market. Witness the drive for solar and wind power, even though the technology doesn’t exist for these alternative energies to actually make a difference.

Yet, the corporations, in partnership with government to impose these polices, have convinced the American public that this is the future of energy. Rest assured that if any one of these companies had to sell such products on the free market controlled by consumers, there would be very little talk about them.

But, today, an unworkable idea is making big bucks, not on the open market, but in a controlled economy for a select few like British Petroleum because of their partnerships with government.

Public/private partnerships can be used by international corporations to get a leg up on their competition by entering into contracts with government to obtain favors such as tax breaks and store locations not available to their competition, thereby creating an elite class of “connected” businesses.

A private developer, which has entered into a Public/Private Partnership with local government, for example, can now obtain the power of eminent domain to build on land not open to its competitors.

The fact is, current use of eminent domain by local communities in partnership with private developers simply considers all property to be the common domain of the State, to be used as it sees fit for some undefined common good.

Using PPPs, power companies can obtain rights of way over private land, as is currently happening in Virginia where Dominion Power plans massive power towers over private property – against the strong objections of the property owners.

Private companies are now systematically buying up water treatment plants in communities across the nation, in effect, gaining control of the water supply. And they are buying control of the nation’s highway systems through PPPs with state departments of transportation.

Because of a public/private partnership, one million Texans are about to lose their land for the Trans Texas Corridor, a highway that couldn’t be built without the power of eminent domain.

Of course, it’s not just American companies entering into PPPs with our government. Foreign companies are being met with open arms by local, state and federal officials who see a way to use private corporations and their massive bank accounts to fund projects.

As the Associated Press reported July 15, 2006, “On a single day in June (2006) an Australian-Spanish partnership paid $3.6 billion to lease the Indiana Toll Road. An Australian company bought a 99 year lease on Virginia’s Pocahontas Parkway, and Texas officials decided to let a Spanish-American partnership build and run a toll road for 50 years.”

In fact, that Spanish-American partnership in Texas and its lease with the Texas Department of Transportation to build and run the Trans Texas Corridor contains a “no-compete” clause which prohibits anyone, including the Texas government from building new highways or expanding existing ones which might run in competition with the TCC. (Note: the TCC is dead, but just recently I’ve heard it is going to be put forward again.)

So why do so many libertarians and conservatives support the concept of Public/Private Partnerships? By their words they profess to uphold the principles of freedom, limited government, individualism, private property and free enterprise. Yet they embrace a policy that eliminates competition, increases the size and power of government and stamps out the individual in the process.

A recent conference held in Virginia, just outside D.C. by such libertarians was titled “Restoring the Republic.” Yet, they called for open borders and “free trade.”

My question is this: What is the Republic? Is it just a notion floating on air? Something we can’t actually hold in our hand. Is the Republic just an idea? Or is it a thing? A place?

Only one nation was created by the Declaration of Independence and the Constitution: the United States. We were created as that Republic.” The Constitution defines a government that is supposed to have one purpose, the protection of rights we were born with.

It is true that every person on earth was born with those rights based on the principles of freedom. But only one nation was specifically designed to recognize and protect them: the United States.

Our Constitution directs how we create laws by which we live, right down to the local level. It protects our ability to create a way of life we desire. Our resources, our economy, our wealth is all determined by the way of life we have chosen. And it’s all protected by the borders which define the nation – the Republic. And you can’t “harmonize” that with nations that reject those concepts! Canada is a commonwealth tied to the British Crown; Mexico is socialist.

So again, I ask, if you eliminate all of that by opening the borders and inviting nothing short of anarchy – then how do you preserve the Republic?