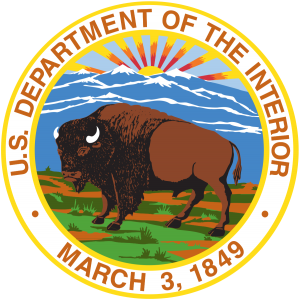 By Staff of Western Wire

A new report released by the Department of Interior shows that commercial and recreational activity on public lands continues to play a huge role in supporting economic growth and job creation in the United States, especially in Western states.

The department said that areas including energy production, recreation, and conservation contributed to $315 billion in economic output and supported 1.8 million jobs in fiscal year 2018.

“As the stewards of our public lands and waters, we are committed to being a good neighbor and serving alongside local communities,” Bernhardt said. “The Department of the Interior is entrusted with managing a wide variety of activities on public lands that support nearly two million jobs and generate $315 billion in economic impact, benefitting local and state economies. Today’s report highlights the significant contribution our public lands make in our economy, which continues to grow under President Trump’s leadership,” he continued.

The positive data also continues an upward trend from fiscal year 2016 when there was $254 billion in economic output and 1.6 million jobs.

The oil and gas industry plays a massive role in the economic expansion, especially in Western states. The sector produced 923 million barrels of crude oil and 4.6 trillion cubic feet of natural gas on lands managed by the department and generated $151 and more than 600,000 jobs.

Colorado, New Mexico, and Wyoming combined for $54 billion in economic output and 228,000 jobs.

The Interior Department touted the regulatory reforms enacted under the Trump Administration as a key driver of this economic growth and energy development and has highlighted the importance of energy to state economies.

The report also hailed increasing revenue from the popularity of National Parks, Wildlife Refugees, and monuments. It estimated there were 486 recreational visits in fiscal year 2018 that contributed $58 billion in economic output.

To meet that growing demand and address the maintenance backlog weighing on national parks, the Restore Our Parks Act continues to advance through Congress with the leadership of western members including Colorado Sens. Cory Gardner and Michael Bennet and Montana Sen. Steve Daines and with overwhelming bipartisan support in the U.S. House.

Western Wire has previously reported on the $40 billion in economic gateway communities – cities and towns within 60 miles of a national park.