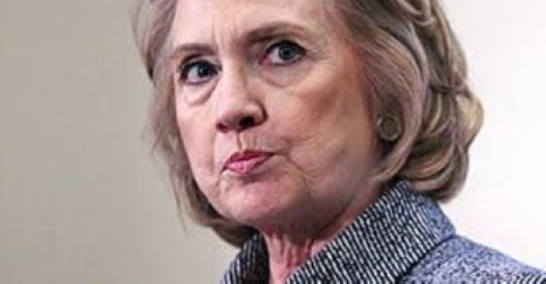 Writer’s note: I wrote the following article last year, but it now appears that Hillary’s mental condition and pathological desperation have devolved. Just this week, she accused the leftist presidential candidate Rep. Tulsi Gabbard (D-HI) – a combat veteran and major in the Hawaii Army National Guard – of being a “Russian asset” groomed to ensure President Trump’s reelection.

Rep. Gabbard – also, according to Christopher W. Holton, a “dangerous shill for the Ayatollahs – fired back with a scathing tweet: “Great! Thank you @HillaryClinton. You, the queen of warmongers, embodiment of corruption, and personification of the rot that has sickened the Democratic Party for so long, have finally come out from behind the curtain.”

Indeed, the twice-failed presidential candidate is the woman who as Secretary of State received $150 million from Russia after giving Putin 20 percent of U.S. uranium – a key material of nuclear bombs. And let’s not forget that Bubba got $500,000 dollars for a 30-minute speech in Moscow amid the Uranium One deal and the Clinton Foundation got $145 million!

All of which dovetails beautifully into my thesis that Hillary is putty in the hands of powerful men who have used her for decades to enhance their own power, essentially spitting in her face when they’re through with her “services.”

In Hillary’s cringe-producing appearances over the past year and a half – since she lost the U.S. presidency in 2016 to Donald J. Trump – she has offered upward of 38 excuses to rationalize her loss, which Amanda Prestigiacomo has documented here exquisitely.

Among those excuses were sexism, the mainstream media, the electoral system, the Democratic National Committee, the Democrat Party, suburban women, stupid Americans, technology, deplorables, and, laughably, the claim that she was “too honest.” 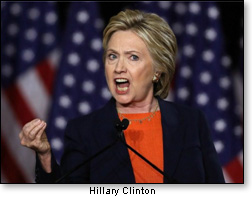 You get the picture – a classic, clinical case of paranoia and delusional thinking.

Oops…did I say 38 excuses? Make that 39! At a Shared Value Leadership Summit in New York City this past April, Hillary told the audience that she lost because she was a capitalist!

You get the picture – a classic case of Hillary’s pathological inability to look in the mirror!

Actually, the genuinely pitiful and self-deluding Hillary is so blind to her own behavior, and so clueless about even the concept of accountability, that she has spent her entire adult life not seeing what is obvious to literally everyone in the world!

Specifically, people don’t like it when someone speaks one way and acts another. It is all well and good for this or that self-described feminist to talk about equality in the workplace, shared responsibility for raising children, and “woman power.” But everyone knows the following:

Excuse No. 57 seems be that she was bullied in school…at least that’s the tale of woe she chose to tell a class of eighth graders when she gave the commencement speech at a tony San Francisco private school just a week ago.

Can excuse No. 58 be that Eleanor Roosevelt told her during one of Hillary’s famous séances that the election was rigged? 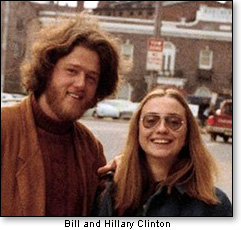 During those years, Bill had a 12-year affair with singer and model Gennifer Flowers. Every day and every night of that affair, Bill was spitting in the face of his wife Hillary, the “human spittoon.”

A spittoon, by the way, is a receptacle for spit, largely obsolete today, except for the human variety, such as Hillary – the arch poster girl for literally more than four decades of non-stop abuse.

This is not an article about Bill Clinton’s testosterone levels or irresistible compulsion to seduce women other than his wife, but rather about why any woman – particularly his wife – would withstand almost half a century of wiping saliva off her face and pretending that it’s raindrops.

My personal observation is that Hillary somehow realized – probably as a young girl – that there was something about her, both her personality and her character that was strangely unlikeable, even repellent and alienating. And that realization led her to conclude – accurately – that she could never actualize her far-left goals on her own without significant help from powerful men.

In 1973, fresh out of law school, she depended on a powerful man, Jerome Zeifman, a lifelong Democrat, to appoint her to the prestigious position of investigator on the Watergate Committee to impeach or fire President Richard Nixon.

According to Zeifman, however, he had to fire Hillary for lack of ethics! “She was a liar, she was an unethical, dishonest lawyer [and] she conspired to violate the Constitution, the rules of the House, the rules of the committee and the rules of confidentiality.”

As a result, Zeifman spat in Hillary’s face…big time! But the very next year, she married Bill, ushering in a virtual lifetime of saliva!

Whatever Hillary claimed she was doing in Arkansas for women and children, it pales in comparison to the uncountable affairs her husband was having in plain sight, and the buckets of saliva she was wiping off her face every day and every night!

CNN, of all the leftist and Clinton-supporting TV outlets, catalogued these “alleged” affairs and “non-consensual encounters” in elaborate detail. The very short list of those affairs, both in the “Natural State” of Arkansas and in Washington, D.C., were: 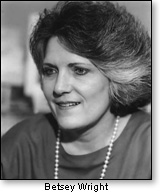 In each and every instance of these extramarital encounters – which occupied many, many hours of his days and nights – Bill Clinton was hawking large globs of saliva into Hillary’s face. As if that were not enough humiliation, a 1995 biography “contained irrefutable evidence from one of their most trusted friends, Betsey Wright, who had been his chief of staff for seven years when he was the governor of Arkansas,” that Arkansas state troopers helped to solicit women for Bill. Of course, the White House put pressure on Wright to deny her account and she issued a statement saying she had been “misinterpreted.” But the author of the book insisted that he had cleared all the quotes with her in advance.

More telling is that in every single instance of Bill’s purported affairs, what did Hillary do? She sided with her abuser and against his victims!

Was this dumb of Hillary? Pathetic? Cravenly political? Or, perversely, were Bill’s infidelities a turn-on for Hillary?

Indeed, one can speculate about motives, but some motives are crystal clear, as Kathy Shelton can tell you. In 1975, when she was 12 years old, according to journalist Bre Payton, Kathy was brutally raped by 41-year-old Thomas Alfred Taylor. Unfortunately for Kathy, Hillary represented Taylor and told the jury that young Kathy essentially asked to be raped.

According to reporter Alana Goodman, Hillary knew – and laughed about the fact – that Taylor was guilty at the time, but “used a legal technicality to plead her client, who faced 30 years to life in prison, down to a lesser charge.” She also laughed at the crime lab’s accidental destruction of DNA evidence that tied Taylor to the crime.

Some advocate for women and children! Even before Bill’s serial pattern of spitting in Hillary’s face, she herself was spitting in the face of a preteen rape victim!

NEW NAME FOR AN OLD PATHOLOGY

Women who spend their lives taking abuse from men – like Hillary has – are not a new phenomenon. All over the world, there are women in relationships with or married to men who spank them, beat them up, chain them, walk them around like dogs on leashes, and yes, spit on them.

The new category might be called HSTD – Hillary’s Spit-Tolerating Disorder.

Then again, the DSM already includes Sexual Masochism Disorder, which is a condition in which women actually get aroused “in response to enduring moderate or extreme pain, suffering, or humiliation.”

I could rest my case right here, but there might be another reason Hillary has long put up with an abusive husband. 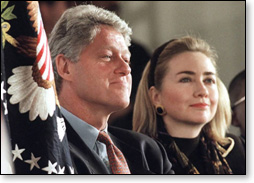 Some women melt at the sight of an athlete. Others swoon at a guy who has M.D. or C.E.O. after his name. Yet others get stars in their eyes when they see a guy toting a big wad of cash.

But for other women, the biggest aphrodisiac of all is a guy they perceive as having power. Power in business, on Wall St., in philanthropy, in politics, in the mob. Guys who call the shots, who others genuflect before, who know what power is and how to use it.

I suspect that Hillary has always been a power junkie, and that she hoped her proximity to power would rub off on her.

What Hillary never “got” is that power is not heritable, not transferable, not something you get by osmosis just because it happens to be your particular fetish. 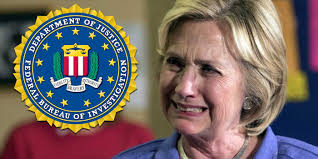 Perhaps the most pitiable thing about Hillary – other than the criminal indictment that is likely down the road – is her almost childlike belief that if she weathered all the saliva that her husband and other powerful men spat in her face, she would somehow inherit their power.

Can you imagine the massive vats of saliva Hillary would be receiving from dictators like Vladimir Putin (Russia) and Kim Jong-un (North Korea) and Recep Tayyip Erdogan (Turkey) and Bashar al-Assad (Syria) and Nicolás Madura (Venezuela) and Mahmoud Abbas (the PLO) if she were the leader of the free world?

This is a woman who will go down in history as the very embodiment of a spit receptacle – a veritable human spittoon. This is the woman who God, in his infinite wisdom and mercy, spared us from having as our president!