A Biblical Basis for War – Old and New Testaments 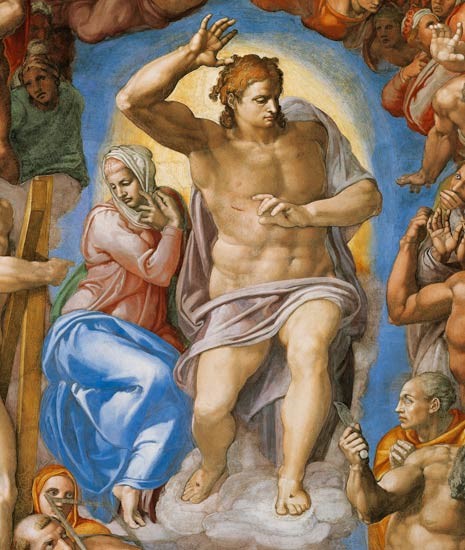 A Biblical Basis for War – Old and New Testaments

Growing up Catholic I was familiar with Michelangelo’s painting of the Last Judgement in the Sistine Chapel. Christ looked really ticked, and I was afraid of him. I had trouble reconciling that portrait of Jesus with others, like a kindly Jesus blessing the little children. It was a dilemma for me. That dilemma I had as a boy reminds me of another more recent one. 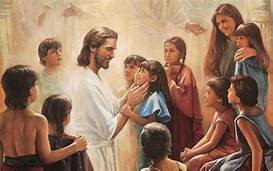 There was much ado about nothing regarding the “Shea Manifesto,” Biblical Basis for War, which was a name created by an imaginative reporter. The “Manifesto” was hardly what I would call a manifesto. That appellation was applied to a 4 page bullet-pointed outline titled a “Biblical Basis for War.” This document was simply an outline for a Bible Study that was in no way out of the ordinary. What ensued in the discussion at the study, if there even was one, is anybody’s guess who didn’t attend.

Christians hold Bible Studies to study questions, search for answers, and become edified as they discover the consistency of the Bible, and appreciate what a miraculous document the Bible is. The amazing thing is how 66 books, written by 40 authors, over a 2,000 year period is consistent. Only Christians, guided by the Holy Spirit, are qualified to discover the consistencies over different dispensations that seem to say different things. An agnostic journalist can’t, and would probably refuse to see such consistencies. If the Bible is inspired by God, and God’s nature embodies truth, shouldn’t it be consistent, since truth is the same yesterday, today, and forever?

I used to read the Bible when I was younger but I had problems with accepting its Divine Authorship. I read the Bible as I read the ancients like the Greek Herodotus, and the Roman Tacitus. I looked at the Bible as a quasi-historical document, and I always was a history buff. I thought it was fascinating that people who lived thousands of years ago were having such profound thoughts. I enjoyed especially, Proverbs, the Gospels, and Acts of the Apostles. I even went to Israel when I was a young man on a sort of search for God. That was the most exciting trip I ever took, but I still didn’t find the answers I was looking for.

I was a believer until about 3rd Grade when I started comparing the Bible Story to Darwinism, and the modern day priest/scientists in their white frocks who were telling us what was true and what was not. They treated the Bible as fiction. I couldn’t reconcile Adam and Eve with Cavemen and Dinosaurs. By then I had figured out adults had lied about Santa Clause, and thus the Christmas Story must be suspect too. However, at 36 I suddenly became a born again Christian and absolutely devoured the Bible. Instead of just another historical document, it caught fire as I realized God was actually talking to me. I would draw a hot bath, line up cold beers, and I would read and read. I still had no answers about Evolution, but I knew the Bible was God speaking to me, and it was true in a way that I didn’t understand. I found out later that Darwin’s Theory is full of holes.

There are two types of Bible readers; believers and non-believers. Believers will not have a problem with consistency because they understand the expectations of differing Dispensations. “What is Truth?” asked Pilate. Truth was standing right in front of him. Truth is whatever the God of the Bible says it is, and God does not change – Old Testament or New. Non-believers will never know until they surrender their lives back to their Creator and ask for the Holy Spirit to guide them all into truth. He will if you ask seriously. To be a Christian means holding on to the same conceptions of God and Christ that the Apostles had.

Every nation has conducted warfare at one time or another. A reason could always if found if justification was found wanting. The American Indians were more upfront about it. The stronger tribes simply drove the weaker tribes off the best hunting grounds. Of course the Hebrews probably had the best reason to justify warfare as anyone ever had. God commanded it.

One explanation for the seeming inconsistency between Old and New Testaments’ ways of war waging, that has reporters who lean on their own understanding confused, is in the Gospel of Luke.

“So He came to Nazareth, where He had been brought up. And as His custom was, He went into the synagogue on the Sabbath day, and stood up to read.

“And He was handed the book of the prophet Isaiah. And when He had opened the book, He found the place where it was written:

‘The Spirit of the LORD is upon Me,

Because He has anointed Me

To preach the gospel to the poor;

He has sent Me to heal the brokenhearted,

To proclaim liberty to the captives

And recovery of sight to the blind,

To set at liberty those who are oppressed;

To proclaim the acceptable year of the LORD’

Then He closed the book, and gave it back to the attendant and sat down. And the eyes of all who were in the synagogue were fixed on Him.

And He began to say to them, “Today this Scripture is fulfilled in your hearing.”

However, if you go back to Isaiah 61:1-2, which is the Scripture Jesus quoted, He would have continued reading:

To proclaim the acceptable year of the LORD,

And the day of vengeance of our God;

In other words, the first coming of Christ in around 29 AD harkens to the Age of Grace, but the Second Coming is the Day of Vengeance. (see Michelangelo painting of last Judgement above). Jesus closed the book because that Day of Wrath is still in the future. The Bible is not written in a linear manner. It jumps around a lot as one might expect with 40 authors, but it can be reconciled. The Bible gives enough information to save your soul if you wish, but it isn’t exhaustive. It only takes faith to ask for Salvation which is the important thing.

Shea’s document contained a few New Testament Scriptures, and I understand the idea was to compare Old Testament warfare with New Testament warfare per the Just War Theory of Saint Augustine, and Saint Aquinas, and other respected Christian Theologians. When Christianity became the State Religion of Rome under Theodosius I, Rome still had many enemies to contend with. How to reconcile the teachings of Jesus on loving our enemy, and still protect the Empire, had to be addressed. Over the Centuries the rues for conducting a Just War took shape.

Principles of the Just War

This sounds like a good plan to fight a Just War, but who decides what is just? All of these points were discussed in Washington D.C. before the orders were given to invade Afghanistan and Iraq. So how did we end up killing over a million non-combatants who never did us any harm? It was supposedly 13 Saudis who flew planes into buildings killing 3,000 of us. There were no Afghans or Iraqis on those planes. What was presented as just became unjust.

Gresham Machen, who fought against the growing liberalism in the Presbyterian Church after World War 1 said; “As great as the modern challenges of science and philosophy, in the end they are not as profound as the peril of a religion that is tailoring its faith and practice to fit the prevailing temper of the age.”

The prevailing temper of this Age would have Christians be apologetic and submissive to the World as it has become faithless. The notes in the Shea Document allude to fighting a defensive war if things were ever to get out of hand in this Country. Why would anyone think that would ever happen? If anyone is paying attention the entire World Economy is hanging by a thread. We still have more Atom bombs aimed at each other than are needed to destroy the Earth. Besides our own government a lot of other Nations have it out for America.

Authors from Elie Weisel to Alexander Solzenyisten have regretted that Citizens ever let themselves get into those dire starts by being naive and trusting of their governments. This Country was founded because normal, ordinary men took up arms against tyranny. The Founders intended a self-governing Republic where the people would rule themselves. Sheriff Knezovich said it best when asked by a reporter after his anti- Shea in the Spokane Valley last month. “What crime did Matt Shea commit?”, asked the reporter. The Sheriff responded “That didn’t come up.” Of course it didn’t. There was no crime except to be un-politically correct. We still have freedom of speech don’t we? Can’t we still love or hate as long as sticks and stones don’t break bones. According to our Sheriff we don’t. We are supposedly a threat.

We have been lied to over and over again by our Government for decades. In fact, it isn’t even our Government anymore. It is the Deep State that was founded on November 22, 1963 that runs the show with a cowardly Press in cahoots. We may be ridiculed as Bible based Christians by Shawn Vestal and Chad Sokol of the Spokesman Review, but we are not naive. Their ignorance is obvious.

Unlike Islam, there is no command in the Bible to set up a Theocratic State. Jesus said His Kingdom is not of this World. His Kingdom will be in a New Heaven and New Earth after we have destroyed this one. 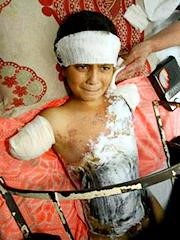