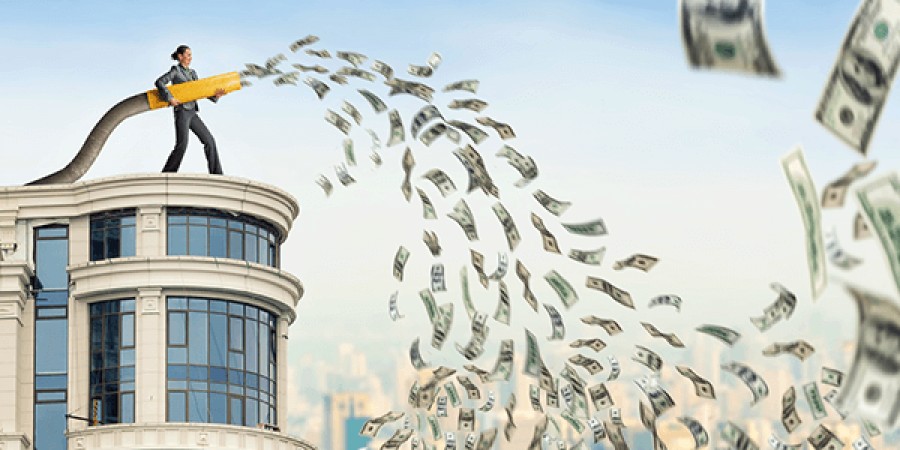 Idaho Power is spending millions to implement their green energy program in response to climate change. This is being done to reduce carbon dioxide. Idaho’s largest solar farm project to produce 120 megawatts of power near Rogerson (Southwest of Twin Falls) will start soon. The cost is $300 million for 300,000 solar panels (likely made in China) on 1000 acres of land. Idaho Power plans to eliminate coal power production which supplies about 50% of Idaho’s electricity needs. The cost of conversion of Ft. Bridger coal power plant which produces 1000 megawatts of power to natural gas will cost millions. Ft. Bridger produces power 24/7 whereas solar only produces power when the sun is shining. In the winter time the sun shines only 9 hours. A backup power source must be ready 24/7 when sun is not shining and wind is not blowing. This requires the use of more energy.

I am a plant scientist with extensive research in meteorology and climatology. Man-caused global warming due to Carbon Dioxide is a world-wide gigantic United Nations Agenda 21 hoax. CO2 is not a pollutant, but is necessary for life on the planet because it is used in photosynthesis by green plants to produce the oxygen we breathe and the food we eat. Over 31,000 US scientists including over 9,000 Ph.D.’s are against man-caused global warming. Only 77 are on record in favor of man-caused global warming. Climate change goes on all the time. Historically, we have had warm and cold periods throughout the history of the earth. The earth has been much warmer than it is now without a detrimental effect on mankind.

To show how ridiculous it is that carbon dioxide is destroying the planet, I use this illustration. Visualize that the earth’s atmosphere is a 100,000 seat football stadium. How many seats of the 100,000 seat stadium would Carbon Dioxide at 410 parts per million occupy? CO2 would only take 41 seats! To think that this small amount is killing the planet is beyond belief. Yet, Idaho Power has fallen for this hoax to waste millions of dollars of rate payers’ money which will NOT have any effect on the health of planet earth.

The bottom line is that carbon dioxide is not a pollutant killing the planet. Spending even one dollar in reducing it from coal power generation is a waste of money. Inexpensive energy has driven the Idaho and US economy. We must expose this climate change/global warming fraud. Please contact Mr. Darrel Anderson, CEO of Idaho Power and President of Ida Corp, His address is Corporate Headquarters, 1221 W. Idaho Street, Boise, Idaho 73702. Also, contact the Public Utilities Commission to stop approval of these needless, costly green energy projects. Get informed and take a stand against this unscientific green energy movement!  A concerned citizen, Adrian Arp, Ph.D.

Man-caused Global Warming/Climate Change being caused by excess Carbon Dioxide in the atmosphere is a world-wide HOAX! Global warming is a major part of the United Nation’s Agenda 21(Sustainable Development) program and a plan to REDISTRIBUTE OUR WEALTH AND CONTROL ALL HUMAN ACTIVITY ON THE PLANET! $360 Billion is being spent each year to fraudulently promote global warming.

Carbon Dioxide is not a pollutant, but is necessary for life on the planet. Carbon Dioxide (CO2) plus water (H2O) during the process of photosynthesis in plants produces the oxygen we breathe and the food we eat.

Temperature controls the CO2 in the atmosphere. CO2 does not control temperature. The atmosphere-to-ocean equilibrium CO2 ratio is a temperature dependent thermodynamic constant of nature. The half-time equilibration is about seven years. This ratio alone proves the global warming hoax!

In 1966, the Hudson Institute released a study called The Report from Iron Mountain which revealed that global elitists planned to use perpetual war and environmental concerns to control the people on the planet. The EPA was created in 1970 to implement environmental controls.

In 1992, the United Nation’s Earth Summit resulted in Agenda 21.

The 1,100 page Agenda 21 (Sustainable Development) document was summarized and published under the title, “Agenda 21: The Earth Summit Strategy to Save Our Planet” (Earth Press, 1993).

In 1995, the US Senate voted 95-0 against the Kyoto Climate Treaty because it would destroy the US economy.

All 73 of The United Nation’s Intergovernmental Panel on Climate Change (IPCC) have been proven wrong.

CLIMATE CYCLES: The earth has been going through periods of warming and cooling for millions of years. In 1996, researchers discovered the Pacific Decadal Oscillation Cycle which may explain why we had global warming from 1916 to 1940 and then a cooling period ending in 1976.

It is a lie that 97% of scientists favor anthropogenic global warming (AGW). This is based on only 77 scientists. The real percentage is less than 5%.

Over 31,000 US scientists including over 9,000 Ph.D.’s are on record against man-caused global warming. See www.petitionproject.org.

Every year we hear that it was the hottest year on record. This is a lie! Surface readings are greatly influenced by the location of the recording devices.

Satellite measurements are much more accurate and for the past 18 years there has been slight cooling.

Volcanoes are a very important source of greenhouse gases and pollutants. One major volcanic eruption puts out more pollutants into the atmosphere than all man’s activities for an entire year.

BOTTOM LINE: Mankind is responsible for only about 1% of the greenhouse effect and contributes nothing to warming!

Patrick Moore, co-founder of Green Peace, revealed that saving the environment was only a cover for the real goal of UN Agenda 21. The real goal is power and control by elitist totalitarians who run the United Nations.

Sustainable development is not sustainable!

ETHANOL – It takes more energy to produce ethanol that the energy derived. The inputs of seed, fertilizer, water, planting, equipment, harvesting and producing the ethanol requires huge amounts of energy.

WIND & SOLAR – Without taxpayer subsidies neither is sustainable! They will never contribute more than 15% of our electrical power needs. Both require a 24/7 backup.

So what is the real goal of global warming alarmists?

United Nations co-chairman, Ottmar Edenhofer, of the IPCC working group on Mitigation of Climate Change from 2008-2015 said, “We redistribute the world’s wealth by climate policy.”

SUMMARY: Carbon Dioxide is not causing global warming. Temperature causes CO2 to rise. CO2 does not cause temperature to rise. All 73 IPCC climate models have been proven wrong. UN’s Agenda 21 Sustainable Development is a plan to redistribute our wealth to third world countries and by controlling every human activity on the planet. World government is the goal!

SOLUTIONS: Expose the global warming hoax! Stop funding the EPA. Get out of the United Nations by passing H.R. 204.