The Political Necessity of Lying 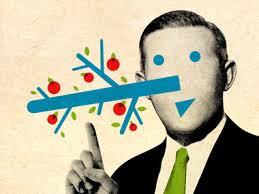 The Political Necessity of Lying

As the crazed Democratic presidential candidates continue to ramp up their frantic efforts to outbid one another in the hopes of buying primary votes, I am reminded of an article in The New York Times titled “Who will tell the people?” written by Thomas Friedman, one of those rare liberals who occasionally displays a modicum of common sense.

In the article, Friedman shared his concerns about the field of candidates in the 2008 presidential election when he wrote, “We don’t need a president who is tough enough to withstand the lies of his opponents.  We need a president who is tough enough to tell the truth to the American people.  Any one of the candidates can answer the Red Phone at 3 a.m. in the White House bedroom.  I’m voting for the one who can talk straight to the American people on national TV — at 8 p.m. — from the White House East Room.”

As I said at the time, “Lots of luck in finding someone.”

It’s not exactly a news flash to tell you that none of the psychopaths in the Democratic field of presidential candidates are tough enough — and certainly not honest enough — to tell the American people the truth.  I don’t think anyone — either Republican or Democrat — believes that any of these sorry pretenders has a desire to “talk straight” to voters.  As a group, they not only are the most mentally unstable slate of primary candidates ever to appear on a stage together, they are also the most corrupt and dishonest.

Friedman went on to say, “We are not who we think we are.  We are living on borrowed time and borrowed dimes.  We still have all the potential for greatness, but only if we get back to work on our country.”  All of which sounds great, except for the fact that “work on our country” is a subjective phrase that means different things to different people.

All candidates like to talk about measures they believe will “work,” because it allows them to avoid being specific.  Everything works, because all actions, whether good or bad, have consequences.  But that doesn’t mean everyone likes or benefits from those consequences.  Thus, the question is not whether something works, but whether we like the way it works.

Communism works, if your purpose is to enslave people.  Stealing works (at least some of the time), if all you care about is money.  Lying works, if you don’t care about your personal integrity.  Literally anything, no matter how monstrously immoral, will work, depending on the outcome you’re after and how you define the term work.

For example, Ivanka Trump’s “paid family leave” works for people on the receiving end, but not so much for a childless couple who is forced to help foot the bill.  Ditto with “free” college tuition, “forgiveness” of student debt, and healthcare for illegals.  All of these Democratic proposals would work extremely well for those who receive the largesse, but not for those who pay for it and receive nothing in return.

In other words, they rely on the ignorant and childish belief that the size of the world’s wealth pie is fixed, which is absolutely, positively untrue.  The amount of wealth on our planet is limitless, because it’s directly tied to the ingenuity, resourcefulness, and hard work of individuals.

But the Dirty Dem presidential candidates will have none of this.  In the name of “fairness,” they are promising to take a lot more of your “pie” and give it to those whom they believe are more worthy of it than you.  In politically incorrect circles, this procedure is known as Marxism — and, as I said, it only works if the objective is to enslave people.

Which brings us back to Thomas Friedman’s question:  Who will tell the people the truth?  Answer:  No one, because politicians, especially Democrat politicians, realize that you can’t get elected by being truthful.  Candidates on both sides of the aisle are well aware that there is no constituency for cutting entitlements, but a very large constituency for increasing entitlements.

Result:  Politicians dare not tell their constituents that entitlements are guaranteed to bankrupt the nation and, in the end, leave everyone worse off.  And, to their shame, low-information constituents eagerly vote for the highest bidder, because they desperately want to believe that wealth without work is endlessly possible.

In a free country, of course, people have a right to go on believing whatever they want to believe, but the harsh reality is that Nature does not accept ignorance as an excuse for harboring false beliefs.  It metes out negative consequences just as harshly to a person who is well-meaning but uninformed as to one who is well informed but malevolent.

Thus, no matter how much voters want to believe the something-for-nothing fairytale and no matter how good their intentions may be, violating the laws of Nature always ends badly.  But don’t tell that to the Radical Left cheerleaders in the audience next Tuesday when the Dirty Dem clowndidates once again try to outbid each other in promising free everything in exchange for votes.

H.L. Mencken summed it up perfectly when he said, “An election is an advance auction of stolen goods.”  I’ll end on that note, since there’s no way I can say it any better.

Published with Permission of RobertRinger.com