Religious Liberty in Jeopardy by Mandates 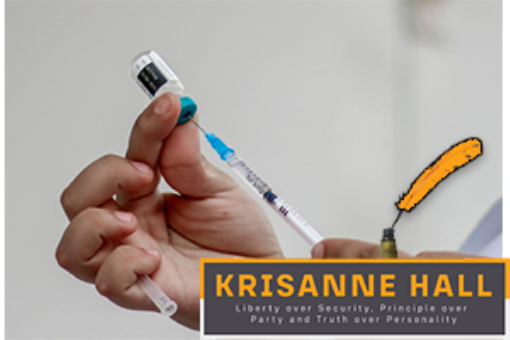 Religious Liberty in Jeopardy by Mandates

Re: Florida SB 64- An Act Relating to Exemptions from School-Entry Health Requirements

Florida has long been a State that shows great respect for religious liberty. That is about to change with the passage of SB 64.  This bill would remove the right of free exercise of religion for Floridians all across the State by mandating them to engage in behavior contrary to their religious beliefs.  Floridians must prevent this unreasonable intrusion.

SB 64 threatens religious freedom by imposing mandatory vaccinations upon individuals contrary to their religious belief by removing the right to object to those vaccinations based upon religious grounds (Florida Statute 1003.22(1)).  Vaccinations have been available to Americans since the early 1800s.  Once governments began attempting to mandate vaccinations upon citizens, many people began to object.  Why would someone object if we are simply talking about eradicating disease?

Many religious faiths hold murder to be a violation of their beliefs and hold abortion to fall into the category of murder.  Shockingly, the list of mandatory vaccinations for children include vaccinations that are derived from aborted fetal tissue.  Vaccinations for Chicken Pox, Hepatitis-A, and Rubella, are produced from aborted fetal tissue and at this time, pharmaceutical companies offer no alternatives. According to a report issued by Liberty Counsel, most physicians who oppose abortion do not realize these vaccines are produced from aborted fetal tissue.  The Rubella vaccination know as RA/27/3,  developed during the Rubella epidemic of 1964, is so named based on the fact that it is derived from aborted fetal tissue: R stands for Rubella, A stands for Abortus, 27 stands for the 27th fetus tested, and 3 stands for the 3rd tissue explant.  In layman’s terms, there were 26 abortions prior to identifying the right formula for the vaccination.  Aborted babies were sent to two scientists at the Wistar Institute by the names of Plotkin and Hayflick.  By dissecting the kidneys and lungs of these aborted babies Plotkin and Hayflick developed the  virus strain identified as WI-38 (Wistar Institute 38).  Further development of this vaccination was created in the 1970’s from a male baby at 14 weeks gestation. (HistoryOfVaccinies.org – Human Cell Strains in Vaccine Development)  The cells from these aborted babies have also been used to create many other commonly used vaccinations, two of which are the Hepatitis-A and Chicken Pox vaccinations.  With these facts we can discern that even vaccinations that may not actually contain aborted fetal tissue, were actually developed initially using the cells of aborted babies. (see Liberty Counsel report)

Not only does the Chicken Pox vaccination contain strains derived from aborted babies, it also contains monosodium glutamate (MSG), a chemical compound the FDA has identified as dangerous to infants, children, pregnant women or women of child bearing age, and people with mental or emotional disorders.  According to the Liberty Counsel report, Dr. Arthur Lavin of the Department of Pediatrics at St. Luke’s Medical Center in Cleveland, Ohio, strongly opposes the chicken pox vaccine.  Some experts believe the Chicken Pox vaccination can actually signal a more serious underlying chronic condition called “Atypical Measles.” (see Liberty Counsel report)  Although the FDA claims less than a 10% chance that serious illness and death caused by vaccinations, the National Vaccine Injury Compensation Program (a federal government program) pays nearly $100 million per year to victims and families for vaccine related disabilities and deaths.

In addition to the dangers and use of aborted babies to create vaccines, many people simply hold sincerely religious beliefs against vaccinations in general.  One religious objection is the firmly held belief that God created the human body as a temple and that the body should not be destroyed by injecting a virus into it.  Although a few of the vaccinations containing aborted babies have alternatives that do not contain aborted baby tissue, those alternatives do contain animal bi-products.  There are many people in Florida that have firmly held convictions against ingesting any animal products into their bodies.  Mandatory vaccinations that are designed to prevent sexually transmitted diseases also create problems for those with particular religious convictions.  These parents believe sexually transmitted diseases ought to be prevented through abstinence and not injections into the body that condone sexual activity contrary to their religious beliefs.

There are less intrusive ways to deal with these issues and the courts are not inconsiderate of the rights of those with deeply held religious beliefs.  For example, Liberty Counsel won two cases in New York City where the school system attempted to mandate the Hepatitis-B vaccination on the children of two families.  These families expressed their sincerely held religious beliefs against vaccinations and the schools expelled the children of both families.  Liberty Counsel filed a federal law suit on behalf of both families and the federal court held that the children had to be readmitted to school and the school could not force the parents to vaccinate their children.

In another case, Liberty Counsel filed a lawsuit against Arkansas’s law mandating vaccinations and denying religious exceptions.  Because of Liberty Counsel’s law suit, the Arkansas legislature promptly passed new legislations providing for exemptions for philosophical and religious objectors, as well as objectors who claim medical necessity.

We cannot allow our State level representatives to simply disregard the Religious Liberty of the people.  America’s founders fought desperately to establish a place where all could be equally free to live true to their religious beliefs without government intrusion.  The very principle of separation of church and state requires government to not infringe upon the religious beliefs of the people.

John Witherspoon founder of America and former president of Princeton University said, “There is not a single instance in history in which civil liberty was lost, and religious liberty preserved entire.”  Senate Bill 64 is a deliberate expression of State mandates contrary to Religious Liberty through the removal the religious exemptions intentionally put in place to protect those essential rights.

For the preservation of civil and religious liberty for all, Floridians must say NO to SB64.

Please feel free to contact the attorneys at Liberty Counsel for specific guidance, in whatever State you might live in.  https://www.lc.org/