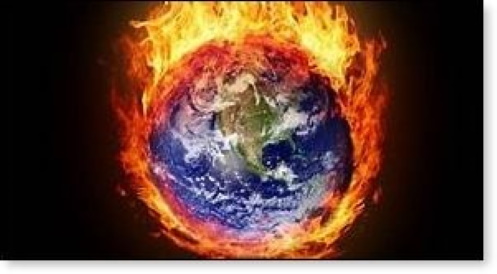 Al Gore wanted us all to believe that the universe was heating up due to climate change, blaming it on our use of fossil fuels, and in general, polluting the air. He was paid handsomely to front this scam. The hoped for result was to scare people into believing the earth would increase in heat until it literally exploded in fire that would burn alive all inhabitants of this planet. And why the sudden panic of this planetary emergency? This would pave the way for a world tax to be implemented, making Gore, The United Nations, and a gaggle of politicians, unspeakably wealthy. Indeed one would not be able to even count the money it would be so great.

Consider the money involved in a world tax, meaning that every living being on the earth would pay a tax to, they tell us, enable the world to find ways to de-heat the earth so we will not all suddenly burn alive. That startling proclamation would motivate practically all living souls to agree to pay a world tax as the United Nations, Democrats and others who simply do not think, will cheer loudly.

Even a few or couple of pennies by each person in the world would add up to an unbelievable amount. This is what this entire “science” is all about. It has nothing to do with protecting anyone but certainly has everything to do with all crooked politicians and The United Nations to live in luxury for their entire lives, and the entire lives of their heirs.

Who can forget the much publicized event a few years ago when Al Gore was to front a meeting at the White House with world dignitaries regarding the horrible threat caused by the earth heating up. That meeting had to be cancelled since the greatest cold snap and blizzard of all time locked all of D.C. in place and nobody could go anywhere since they were all snowed in. This was classic.

What was amazing to this writer was how otherwise distinguished and learned scientists jumped on the scorching earth disaster-to-come, for their own gain. In fact, when I’ve written on this subject before, these talented scientists sent me horrible emails, some with implied threats.

The greatest disaster is how many formerly honest people are no more. I don’t think it was due to an unscheduled rapture. I began to think of my philosophy studies about Demosthenes, the wise man in ancient times who carried a lantern with him all his life, trying to find an honest man. He never found one either.

This climate change disaster fundraising yarn is only one of many that have been birthed over the years. Ted Baehr who heads Movie guide, a newsletter and organization that promotes more wholesome movies, had this in his current newsletter:

“For example, in 1970, right about the time of the first “Earth Day, Stanford Professor Dr, Paul Ehrlich falsely predicted that 100-200 million people per year would be starving to death in the next 10 years. At the same time, demographers also predicted that, by 2000, the entire world will be having a famine. In 1970, scientists consulted by Life magazine claimed that, in 10 years, city dwellers would have to wear gas masks to survive air pollution. On Earth Day in 1970, many ecologists warned that the world would run out of oil by 2000. In 1975, Newsweek proclaimed we were in the midst of an ice age. In 1989, however, the United Nations predicted that, because of global WARMING, whole nations would be under water by 2000. In 2005, the U.N. falsely predicted that, by 2010, there would be about 50 million “climate refugees” in areas like China, the Bahamas and low-lying islands in the Pacific. Finally, Al Gore predicted in 2006 that the Arctic ice could be gone in seven years, but scientists found in 2013 and 2015 that the Arctic ice was actually growing. Gore also predicted an increase in tornadoes and increases in temperatures, but the number of tornadoes actually declined and temperatures have remained relatively stable for the last 18 years or so.”

Al Gore (who as you know, invented the internet and was the inspiration for the movie Love Story) was given a million dollars to front this hot air campaign. He was promised a billion dollars if he succeeded in getting a world tax generated. He produced a documentary titled, “Inconvenient Truth,” about ‘global warming.’

What is interesting, this writer was the first to use the term, INCONVENIENT to make a point in a major story. Mine was about “Inconvenient Babies Murdered by Abortion.” His documentary was entered into the Academy Awards and WON the statue. His documentary about global warming was so-so OK but it did not meet industry standards to receive the highest award for a film documentary. Some actors who belong to SAG (Screen Actors Guild) made a petition to have that prize taken from him for that very reason. Not only did the film win an award, but the music accompanying the documentary ALSO received an Academy Award. WHAT?

This writer loves music. But the music written for that film can only be described by a Biblical opinion: “It stinketh.” Gore bought his way into receiving those unearned awards. This cheapens the entire Academy goal. They should all be ashamed of themselves.

The Global Warming scam is the greatest hoax on the world since Obama was shoehorned into the Oval Office. And take a look at some actually news descriptions regarding “climate change.” Wow, talk about contradictions: Here they are:

1989: “Global Warming And Rising Sea Levels Will Wipe Entire Nations Off the Map by 2000!”

1999: “The Himalayan Glaciers Will Be Gone in Ten Years!”

2007: “Global Warming Will Cause Fewer Hurricanes!”

2012: “Global Warming Will Cause More Hurricanes!”

Our Sincere thanks to Lawrence Craig, a contributor to this column, who furnished the stats above.