Why the Government Can’t Measure Income, Happiness, or Well-Being 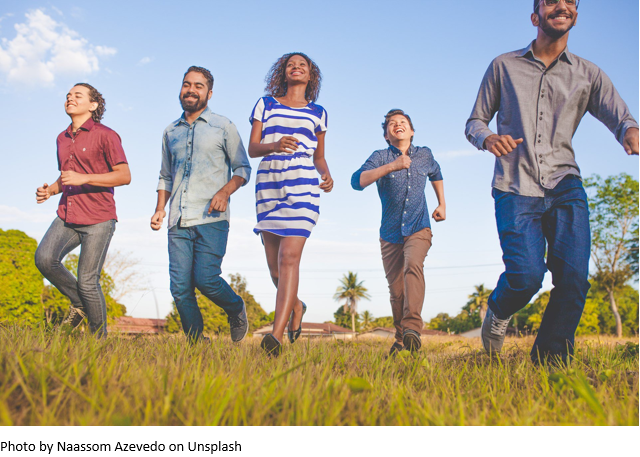 Why the Government Can’t Measure Income, Happiness, or Well-Being

If we believe that policy “works” when measured money incomes go up, we’re measuring success based on a flawed and partial measure.

One of the central problems of aggregate measures of national income and well-being is the fact so much of it relies on incomes, wealth, production, and consumption measured in terms of dollars.

The Traceable and Untraceable Things in Life

This means only activities that can be tracked, counted, and ranked based on dollar values and production totals will be among those activities reported as having value. These activities include the payment and receipt of wages and the purchasing of consumer goods and services with money. But people also choose many activities that advance their happiness without showing up in any government statistics.

But what about those things that can’t be measured?

For the purposes of economic statistics, of course, many things most people consider to be good things do show up in the statistics. We can measure how many people have jobs, what wages are being paid, and how much those workers are producing. We can measure how many houses are purchased, how much people are paying in rent, and how many cars are sold. Most of this is measured in unit totals and dollar amounts.

But what about those things that can’t be measured?

For example, if a parent leaves his or her wage work to stay home and educate a child, that will be measured as a drop in total employment and total wages earned in the economy. Meanwhile, the statistics tell us nothing about how much benefit—i.e., psychic income—the parent gained by spending time with the child, or engaging in other activities we call “parenting.”

Moreover, a parent who stays home may also impact the economy by reducing dollars spent in the marketplace on childcare, meal preparation, and education services. Instead of buying meals at restaurants and professionally-provided childcare services, this parent instead provides those services at home, without any money changing hands. Thus, the benefits remain “off the books” and uncounted in terms of national statistics.

What the statisticians will see is a drop in revenues for restaurants and childcare services. And we may be told that’s a bad thing.

Even worse—from the statistician’s point of view—the parent may elect to homeschool the child, which means a significant portion of the cost of education will remain unrecorded in the marketplace, and government schools will have less enrollment to report, justifying education spending.

If we believe that policy “works” when measured money incomes go up, we’re measuring success based on a flawed and partial measure.

If this were to a happen enough, it is entirely possible that we would hear about a “crisis” in household income as households in the child-raising age range were seeing a decline in incomes and spending. We might even start hearing from “experts” who go on television talk shows to tell us that public policies must be devised to encourage parents to pursue more wage work and purchase more goods and services.

We may encounter similar problems when it comes to workers making the decision to retire.

After all, when a worker retires—or cuts back his or her hours—wage income naturally goes down. Given uncertainty about the future, the retiree may then also elect to spend less on goods and services such as cars, vacations, and housing.

In measures of wages and spending these activities will show up as a drop in income and in household spending.

But what the decision to retire really shows is that some people preferred leisure time more than earning wages in the marketplace. The benefit of retirement varies depending on whether it is voluntary or due to disability.

The picture is even more complicated than this, however. Not everyone retires voluntarily.  Some people retire because they “have to.” That is, in some cases, workers become disabled due to old age or illness, and either cannot physically work, or cannot find an employer willing to hire them. Those people drop out of the workforce although they might have preferred to keep earning wages.

At the same time, some people keep working in the marketplace because they did not save enough in the past to allow for retirement at the present time.

And then, of course, there are people who have a sufficient amount of savings to maintain their current standard of living even without their current wages—but nonetheless, remain at their jobs because they prefer it to leisure.

The benefit of retirement varies depending on whether it is voluntary or due to disability. How shall we measure this? Government data-collection methods offer little in terms of a solution. Certainly, survey data might tell us a little about how many retirees do so voluntarily, but even then, we can’t measure the benefit of retirement in comparison to the foregone wages.

Moving for a Higher Wage

Sometimes, workers choose to remain in the workforce—but forego higher wages in order to gain other non-monetary benefits.

For example, some workers prefer jobs that allow for greater flexibility in working hours and more time off. These jobs, however, often pay lower wages. The benefit comes in the form of more leisure and greater control over one’s schedule.

Non-monetary benefits can also be gained from refusing to re-locate to a new location to pursue a higher paying job. This translates into lower mobility for workers. According to the LA Times, when this happens, “economists worry” that with declining job movement may come slower gains in overall employment, wages, productivity and, ultimately, economic growth.

It may also be the case that many of these less-mobile workers are trading wage gains for gains in terms of family stability and community life that come from staying put. As an April 2019 study from the Federal Reserve concluded: individuals face substantial non-pecuniary costs to moving … and that they also place high value on proximity to family … and on agreeableness of local social and cultural norms.

In other words, workers gain substantial benefit from not moving, even though moving to a “better” job would bring higher wages as measured in dollars.

Thus, we find, yet again, statistical measures of “well-being”—if measured only in terms of wages and spending—tell us very little about how people truly become better off or at least avoid becoming worse off.

As a final illustration of the problem with conventional measures of well-being, we can look to the case of slavery.

One of the justifications given for slavery by pro-slavery activists was that slave labor was supposedly more productive than wage labor. According to Jeffrey Rogers Hummel, some slavery defenders saw the intense workloads and long hours endured by slaves as evidence of the system’s superiority. As recounted by one Edmund Ruffin: “Free laborers, if to be hired for the like duties, would require at least double the amount of wages to perform one-third more labor in each day.”1

The slaves, however, were not convinced of the system’s benefits. Hummel notes how, after emancipation, “Women and children abandoned the fields, and even black males cut back,” leaving most of the field labor to adult men. Moreover, “The total labor supplied by former slaves fell by approximately one-third.”2

Were we to use modern government accounting methods to measure the contribution of slaves to the economy before and after emancipation, we would likely find emancipation produced a sizable decline to productivity, arguably making the nation worse off.

In reality, this isn’t what happened at all, as Hummel concludes:

Here we encounter a dramatic demonstration of the limitations of economic aggregates for measuring well-being. Income per capita went down because people were better off. They were working less or producing household amenities, both of which represented improvements in the quality of life.”3

The aggregate data doesn’t tell us anything about the benefits and psychic incomes earned from not working the fields for fourteen hours per day. Measuring only worker output, the data would suggest declining productivity and impoverishment. In reality, the opposite was true as more workers’ demonstrated preference was to work fewer hours. Thus, by working fewer hours they were doing what they believed improved their well-being in real terms.

How Well-Being Should be Measured

Unfortunately, economics as a discipline has suffered from the fact so many of its practitioners have become preoccupied with those things that can be measured—such as jobs and wages—while neglecting the more hidden benefits gained from activities like parenting or choosing to not earn a wage.

But when you’re a hammer, all the world looks like a nail—and this means economists have turned to spinning theories about maximizing wages and spending when it is likely—especially in an advanced economy—many people gain greater benefit from doing something else.

Competent economists, of course, have not lost sight of this fact. As Murray Rothbard noted in his essay “Toward a Reconstruction of Utility and Welfare Economics,” economics does not deal with things or material objects. Economics analyzes the logical attributes and consequences of the existence of individual valuations. “Things” enter into the picture, of course, since there can be no valuation without things to be valued. But the essence and the driving force of human action, and therefore of the human market economy, are the valuations of individuals.

Unfortunately for the government number crunchers, many people choose to value things or activities that aren’t being added up on spreadsheets. And even if they were, we still wouldn’t know how much people value reading a story to a child, or living close to family and friends.

Moreover, the fact we can know so little about how, why, or when people make certain economic decisions belies the idea that we can formulate economic policy in a way that makes everyone better off. If we believe that policy “works” when measured money incomes go up, we’re measuring success based on a flawed and partial measure. It’s time to stop pretending otherwise.

Ryan McMaken is the editor of Mises Wire and The Austrian. Ryan has degrees in economics and political science from the University of Colorado and was the economist for the Colorado Division of Housing from 2009 to 2014. He is the author of Commie Cowboys: The Bourgeoisie and the Nation-State in the Western Genre.

This article is republished from the Mises Institute.