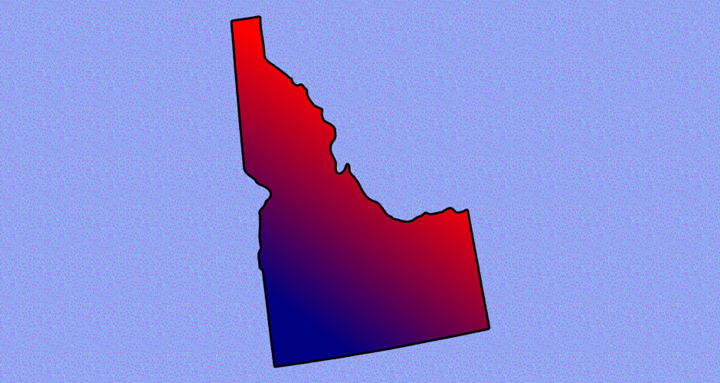 This morning, we talked about how Idaho is changing, little by little, each election cycle with the crony politicians continuing to dominate our legislature. Much of this is because of the ambivalence and inability of Idaho’s voters, who live in the urbanized areas, to elect true conservatives.

If you have kept an eye on the voting of these two legislative chambers, you will find that the House is more conservative and usually votes that way while the Senate is more moderate to liberal and has been the problem with our legislative process. While many of these legislators have become too moderate and, in some cases, liberal in their thinking, it is amazing that they are elected back into office every two years.

If we continue to have an electorate who don’t pay attention to how their legislators vote on important issues, these legislators will change our state to Purple and eventually Blue over the next 10-15 years.

We have a governor who won the republican primary with just 38% of the primary vote, which tells me that even with the huge political machine he had behind him, there was not the public support for this man to be our next Governor. What we got was a bad choice because of not only dirty tricks but also huge backing from the big Idaho lobbyists like IACI and the medical industry.

When you look at the voting on a county level, Brad Little lost to Paulette Jordon in Ada, Latah, Blaine, and Teton counties with Valley County now at the tipping point. Little carried 59.8% of the voters compared to Jordan’s 38.2%. The margins of victory are getting slimmer with the Democrats gaining a little more each election cycle and much of this comes down to the fact that while more registered voters are going to the polls, many of those voters are liberal thinkers voting for Democratic candidates.

In this last gubernatorial election, we had 846,000 registered voters of which 604,000 voted. That’s 71%, which is the highest level we have had since 1994 when 67% of our registered voters went to the polls. While the Democrats are only polling at slightly below the 40% level, we expect that to continue to increase as we see the urbanization of Idaho. Ten percent is not a huge number to guarantee that our state will remain Red for any long period of time as we have seen the rapid change that has taken place over the past 10 years.

We have been sounding the warning for the past 3 years now but no one has been paying attention. If you want to keep our state firmly Red, we need to make the changes necessary to stop the colleges that get state support from being the force behind the implementation of more liberal ideas and changes in our state. We have seen significant sums of NGO money spent from outside liberal sources to fund the initiative process in Idaho. This has proven an effective way for the left to take over our state with more social programs like Medicaid expansion, all with little or no resistance from our legislators.

It is time for the people of Idaho to wake up and rid themselves of the cronies who have been running our state for far too long and filling their pockets, and those of their supporters, with our tax dollars. If we don’t stop them in the next election, we will soon see even more liberal changes taking place in our state—and we will be the ones paying for them!

Remember, “We Get the Government We Deserve!”