Beware of the “Never Trumpers”! 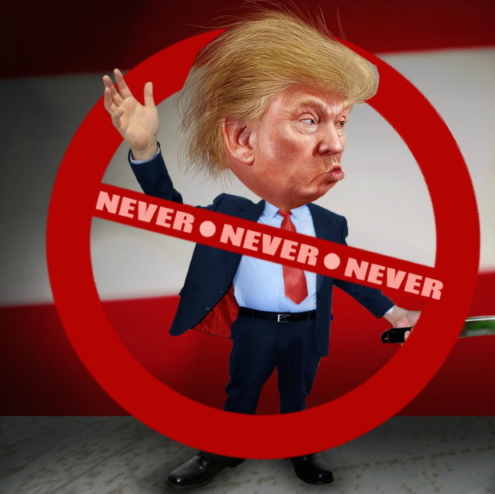 Beware of the “Never Trumpers”!

In the months leading up to the 2016 presidential elections, some self-proclaimed conservatives took to the airwaves bashing then presidential candidate Donald J. Trump. Many of them had believed at the time that The Donald was a converted liberal Democrat and certainly not a conservative. As a result they gravitated to alternative candidate Senator Ted Cruz. Among these “Never Trumpers” at the time were Glenn Beck, Ben Shapiro, Bill Kristol, Matt Schlapp, and even Mark Levin, who truly is a conservative. While Sean Hannity was not vehemently anti-Trump, he too was at the time a supporter of Ted Cruz, preferring him over The Donald. And, in the case of Schlapp, Trump was shunned from the 2016 CPAC convention and Cruz showcased. But when Trump won, out of necessity to maintain their conservative base, the Never Trumpers then experienced a miraculous conversion. Indeed, we should be thankful that they did.

With the onset of impeachment proceedings – amounting to yet another witch hunt by the rabid Trump hating Democrats as a sequel to their failed Russian collusion disaster – if things go south some of these Never Trumpers may become opportunistically emboldened to try to push the president out the White House door. Several of them regrettably have already started to take vicious swipes at The Donald, as the rats seek to flee what they wrongly think is a sinking ship of state.

Notwithstanding the leftist daytime hosts on Fox News, and this week even Rush Limbaugh suggested that the network be renamed to the “Fox Never Trumper Network,” here are the most prominent Never Trumpers to watch as the impeachment saga unfolds. To counter them, as strong supporters of the president we must put up a unified and strong defense. By calling for the Ukraine and now China to investigate former Vice President Joe Biden and his halfwit son for bribery and corruption, Trump did no wrong. Indeed, what is a guy to do when he sits over a U.S. Department of Justice so compromised that it cannot even decide whether to indict former Deputy FBI Director Andrew McCabe and twice in the last few weeks passed – that is took a dive – on prosecuting the former FBI Director himself James Comey – despite two strong referrals to do so by the department’s inspector general?

In this context, here is my list of the top Never Trumpers who must be peacefully and legally be neutered before they wound the president further.

George Conway – The nominal husband of White House Counselor Kellyanne Conway has viciously, on a daily basis, defamed our great president. He latest salvo – notwithstanding his daily unhinged pathological tweets – is a long piece, just published in the leftist Atlantic magazine, where he pretends to be a psychiatrist and diagnoses the president as suffering from mental illness. While Conway has no expertise to make this assessment, his maliciousness knows no bounds. And, it is hard to imagine that poor Kellyanne, who this overstuffed blowhard seeks to humiliate each and every day, is living with him at this point. Indeed, let us hope she has exited stage right, as having Conway in Kellyanne’s house would present a serious national security risk. Not coincidentally, the rotund Conway became a Never Trumper when The Donald balked at appointing him solicitor general of the DOJ. Thank God!

Andrew Napolitano – Interestingly, this rabid Conway-like hater, also was stung when the president refused to nominate him for the Supreme Court. Why Andy would ever think that he merited such an appointment, given his limited legal acumen and credentials as a backwater New Jersey state judge, borders on the delusional. However, out of spite if not revenge, ever since he was rejected, Napolitano has been on a daily jihad against Trump, the latest being that he now supports impeachment and conviction, claiming that the president has clearly committed crimes with regard to the Bidens. Unfortunately for the so-called judge, he cannot cite any criminal laws that Trump allegedly violated.

Ann Coulter and Matt Drudge – It is so sad that these two friends of mine – who I like – have morphed into Never Trumpers, having both thrown temper tantrums over The Donald not forcing Mexico to pay for a border wall and their view that he did not move quickly enough to build one. For me, this is sad as I respect both of them, but they seem to have acquired a false sense of importance. In the case of Coulter, she acts like a spoiled child from time to time and apart from her compelling books, other than being a poignant comedic author, I cannot cite much of anything else that she has ever done. As for Matt Drudge, he is a great republisher of articles that others have written and I commend him for his informative website, but apart from exposing the Lewinsky scandal, what too has he actually done? Let’s hope that these newly minted Never Trumpers take some smelling salts and return to a constructive approach.

Matt Schlapp – Given his past “two-faced” anti-Trump conduct as head of the American Conservative Union and its CPAC convention, he is not to be trusted. If Trump seems to be on the ropes, I can imagine him throwing the president overboard.

Chris Wallace – Apart from Napolitano, he is the most hateful anti-Trump hack on Fox News, and it takes a lot to surpass Neil Cavuto, Shepard Smith, Arthel Neville and Juan Williams in this regard. This second rate clown, who has always been a conveniently repackaged liberal in the vein of his late father Mike Wallace of 60 Minutes infamy, should be shown the door by the Murdoch sons. But this is not likely to happen since Lachlan, who now runs the network, is of the same leftist persuasion as this slippery swamp creature.

The purpose of this column is not to take shots at these Never Trumpers, but to simply send a clarion call that We the People must now urgently come to the defense of The Donald. In so doing, we should, with our actions and positive rhetoric, drown out their destructive noise. For if our nation is to avoid the terminal onslaught of the radical left, the president must be successfully defended.

If President Trump is removed from office – and the RINO Republicans in the Senate cannot be trusted to hold firm – the socialist prophesy of Ayn Rand in Atlas Shrugged will finally come to pass.

Join our Justice League at www.freedomwatchusa.org