‘The Man’ – Making a Case for Better Police Pay 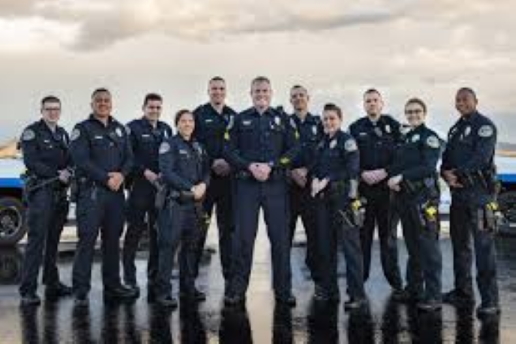 ‘The Man’ – Making a Case for Better Police Pay

Most people take police for granted and give little thought to the fantastic ‘value’ they are for our taxpayer dollars. Because, inside that symbolic uniform is a multi-talented individual that must ‘perform’ daily to impeccable standards and unfortunately for a pittance compared to his worth.

Incidentally, let me digress a moment. If a female officer of the law should appear at my door with questions or whatever, in my eyes she is ‘The Man.’ I’m as tired as most people of all this PC speak and sensitivities about gender. It does get ridiculous to be all inclusive all the time when the obvious is apparent. When I say policemen, I’m sure that most people acknowledge the existence and inclusion of policewomen. With deference to the ladies, since this column is titled ‘The Man’ and it is my column, I will be the lazy, old fashioned, creature of habit that I basically am, and do it my way. But wouldn’t it be something if God really is a she.

Now, back to police work. Policemen must naturally know law, (federal, state, county and city); keep abreast of applications and changes; collect evidence, operate various equipment including computers and firearms; undergo physical training; keep up with constant paperwork; work irregular hours; be on call 24/7; live with stress; be prepared to risk their lives; be expected to accurately testify in court maybe months after an event; are constantly vulnerable to lawsuits and be effectively assertive as well as making judgement calls about applying phycology when necessary.

No matter what they are paid for all this to be done well, in most cases, I believe most of them are grossly underpaid. If we were paying more closely to their worth we would attract what we should want in these positions and that would be the very best we can find.

Preliminary statistics released by the FBI last May show that 55 law enforcement officers were feloniously killed in the line of duty in 2017.

Compensation, work load, lack of incentive, stress, danger, attitudes of the public they work so hard to protect and serve, obviously all contribute to recruitment and turn over problems in police departments.

Sure we would like to pay them more, but there is a thing called budgets. OK, but what are we getting for our money in those budgets? There is always waste and misdirection of funds to be dealt with, but I think all lives would be better and safer if we were able to attract the cream of the crop in police work. The prioritizing of deserved pay for these fine patriots is necessary and long overdue. Out with the chaff and in with the cream of the crop. Not in the budget? Find a way. It should be a priority. You win in the long run by stopping turnover and expensive re-training and costs of errors and incompetence.

They are called by many different nicknames: Bears, Smokies, Boys in blue, COPS (Constables on Patrol), Coppers, County Mounties, Flatfoots, Fuzz, Gumshoes, and who knows why, Pigs, which should be a crime. But always respectfully, my favorite nickname will always be ‘The Man.’