NPR Shops at Walmart to Learn Cost of Trump’s Tariffs, Gets Big Surprise 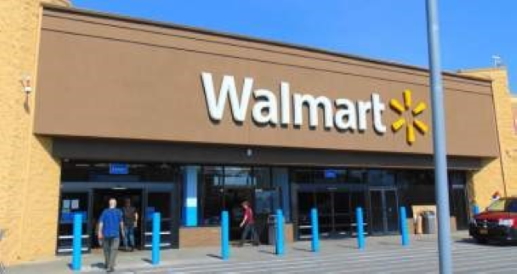 NPR Shops at Walmart to Learn Cost of Trump’s Tariffs, Gets Big Surprise

Staffers from NPR (National Public Radio) went shopping at Walmart to confirm that Trump’s tariffs are already costing American consumers a lot of money. They couldn’t hide the results: The impact is hardly noticeable.

In announcing the results of a year-long study of prices at a local Walmart, NPR boldly announced: “Shoppers beware: the tariffs will bite.” The bite turned out to be a nibble.

In August 2018, NPR staffers began tracking the prices on some 70 items at a Walmart store in Liberty County, Georgia, ranging from toilet paper and black beans to lightbulbs and TVs. They learned that of those 70 common everyday items, only 24 of them saw increased prices, while 12 of them saw decreased prices, and the remaining 34 had no price changes.

The staffers had to backtrack on their preconceived notions: “Many makers and sellers have so far chosen to absorb most of the tariffs, spread them across dozens of [other] items, or pressure suppliers to bear more of the burden.” They added, “Some prices actually declined. The two most expensive Chinese-made items in NPR’s basket got cheaper: a TV by 12% and a microwave by 17%.” And price hikes on some items “had more to do with bad weather and low catch rates [for cod, which jumped 66%] than the trade war.”

NPR certainly expected different results. In May it had already made up its collective mind with its headline “New Round of Tariffs Takes a Bigger Bite of Consumers’ Budget,” expecting “the prices of things we buy, from floor lamps to canoes and bicycles … to go up literally overnight.”

That echoed expectations from Katheryn Russ, an economics professor at the University of California at Davis, who predicted that tariffs would cost consumers $500 a year. JPMorgan researchers calculated that the cost to consumers would be much higher: between $1,000 and $1,500 a year.

In the real world where real business owners have to make decisions based on all available information, many are making adjustments. Jim Kittle, the owner of Kittle’s Furniture in Indianapolis, managed the initial round of tariffs last fall by pressuring his Chinese suppliers to absorb most of their impact. The cost to his customers amounted to three percent.

This reveals just how prices are set in a free market: not by suppliers or sellers but by consumers. Keynesian statist economic theory still teaches at nearly every college in the land that prices are set by costs of production and consumers are left either to pay them, or not. But of course consumers have many options: to purchase or not to purchase, to make a counter offer, to wait for sales that offer discounts, to shop elsewhere, or put off making the purchase until later. As Austrian economist Murray Rothbard put it, “prices are determined by ultimate [consumer] demand … and not in any sense by the “cost of production.”

NPR, without explaining how, concluded that the overall costs of those 70 items tracked since last August have increased by three percent. Whether they used “weighted” averages, or just ran a simple addition-subtraction-division calculus, doesn’t really matter. In that same period of time, the favorite measure of price increases used by the Federal Reserve — the Personal Consumption Expenditures Price Index, or PCE — shows price increases across the board and across the land at between 1.3 and 1.4 percent on an annual basis. If that is so, where is the impact of Trump’s tariffs? Shouldn’t PCE be higher? According to the U.S. Labor Department current inflation (read: price increases) rates have been steadily dropping. Its latest read is that price increases have slowed by one full percentage point since last August, when NPR began its Walmart shopping.

So, who’s eating the tariffs, if not the U.S. consumer? Part of the answer lies in the present state of increasing deregulation, allowing firms to operate more efficiently under less government interference. Part of the answer is competition: Entrepreneurs continue to come up with ways to make things more efficiently. Part of the answer is China’s manipulation of its currency, reducing its value so the impact on U.S. importers is lessened. But that means that the Chinese consumer, using the cheaper currency, can buy less with that money. Translation: The Chinese consumer is bearing much of Trump’s burden, not the U.S. consumer.

The best news of all is this: Trump’s tariffs aren’t designed to bring American jobs back home. Only business owners can make that decision, and many of them are moving jobs out of China to places such as Vietnam, not Detroit, Toledo, or Pittsburgh. What those tariffs are designed to do is bring the reluctant but self-aware Chinese communists to the negotiating table before their economy craters completely. Following an enforceable agreement, tariffs are likely to be greatly reduced, with tariffs on many goods dropping to zero.

Competition will then be allowed to continue to drive costs of production ever lower, allowing sellers to offer ever-lower prices to consumers. When this task is accomplished, tariffs will be a footnote in history, putting silly studies such as this one from NPR in the rearview mirror.