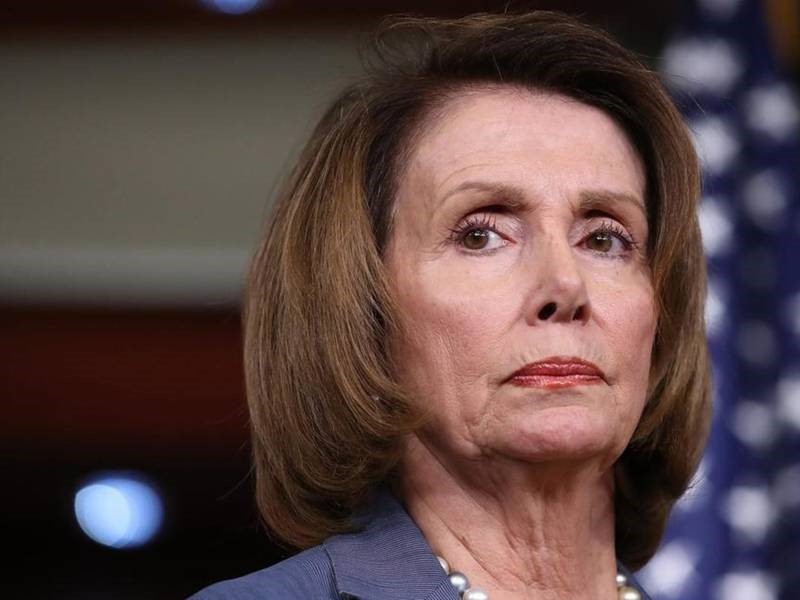 Nancy Pelosi just couldn’t resist the fringe lunatics any longer. Earlier today, she caved to the madness of the Democrat crowds and agreed to pursue an attempted impeachment of President Trump over yet another fabricated, media-hyped hoax.

The “Russia collusion” hoax just won’t die, it seems, as long as the New York Times or Washington Post still has yet more fake “anonymous sources” to dream up. And while the fake news media is fabricating fake treason accusations against Trump, the lunatic fringe of the Democrat party will keep ratcheting up its demands for Trump’s head on a platter. Sadly, Pelosi has just decided to feed the piranha… while she’s wading waist-deep in treacherous swamp waters.

In doing so, Nancy Pelosi just made a huge tactical error… one that will cost her the Speakership in the House as well as the 2020 presidential election. By caving to the impeachment lunatics, Nancy Pelosi just sealed her own fate and all but guaranteed an Electoral College landslide for President Trump, even if Dems manage to nominate a presidential candidate who isn’t suffering from late-stage dementia.

Based on current events, I’d say there’s a 70% chance that Trump will be impeached in the House. But it will go no further, and it will only strengthen Trump’s base.

The bigger risk is that even after impeachment is dead, the delusional Democrats will take to the streets and try to force a political coup through domestic terrorism and left-wing violence. This could set off a large-scale backlash as well-armed patriots decide to defend America against the treasonous, lawless lunatics who now define the Democrat party. Civil war is a very real possibility here if the Democrats continue to push America over the edge. (It’s also now apparent to everyone that Democrats are utterly lawless and unethical, and that their twisted demeanor is flat-out incompatible with civil society. So there’s really no point in trying to coexist with Democrats at all. They will never abide by the rules of a peaceful society.)

If such a scenario is sparked, watch for the possibility of regional patriot groups removing treasonous state-level legislators, governors and sanctuary city mayors who have almost universally carried out organized crimes against this nation. If the Left initiates a kinetic civil war, in other words, they may very well set into a motion a kind of “all bets are off” scenario in which a variety of forces across America are likely to see a rare window of opportunity to remove the anti-American traitors operating domestically. This is part of the reason, I believe, why California is so desperate to outlaw firearms and ammunition as quickly as possible… because they know a citizens’ revolt is rapidly escalating there, and the treasonous actors currently running the state will likely not survive a kinetic free-for-all with their power (or their necks) intact. For this reason, they should be careful what they initiate when it comes to stirring up anti-Trump hatred, violence and hysteria among their lunatic base.

Naturally, we hope for peace and civility, since we don’t want to see any violence in the streets. At the same time, it’s not a horrible idea to acquire some 80% lowers, a Ghost Gunner and some off-the-shelf rifle parts that might one day help save your life and your country.

I’ve even posted a video on Brighteon.com that shows you how to prepare an anodized 80% lower receiver for milling in the Ghost Gunner. As always, I encourage you to follow local laws and keep it legal. Ghost Gunners are currently illegal in New Jersey and possibly elsewhere. If they’re not yet illegal in California, they will be soon. Under federal law, it is perfectly legal to manufacture your own firearm for personal use. Unless, of course, you’re a felon… in which case Nancy Pelosi wants to give you voting rights.