A MUST READ!!! USA – Springboard to Global Governance (Part 4 of 4) 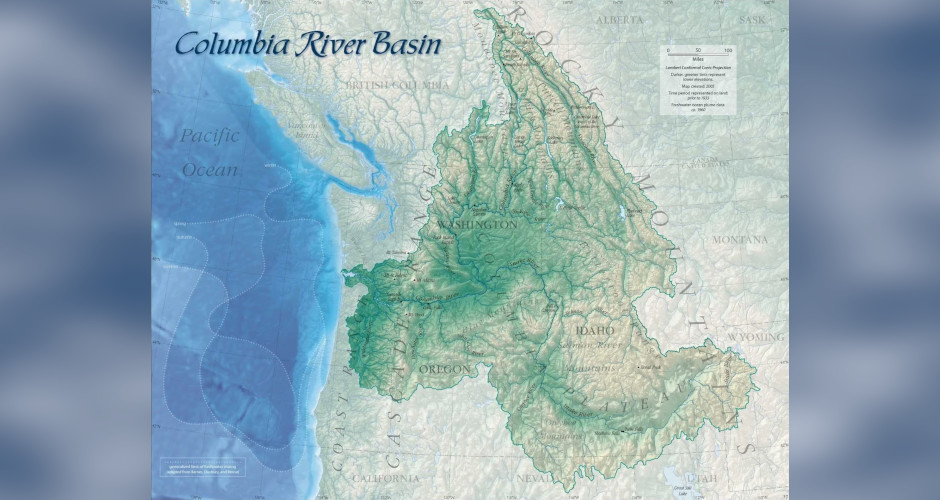 This is the last part of a four-part series. In Part One, we examined the UN’s ideology and goals as they relate to its quest for global governance. In Part Two, we looked at the DOI’s new land management strategy of landscape-scale mitigation and how remarkably well it interfaces with the UN’s 2030 Agenda for Sustainable Development. In Part Three, we examined the subtle methods used to convert legitimate uses of landscape-scale ecosystem management and mitigation into tools for political agendas.

In Part Four we will look at how treaties can become powerful and dangerous instruments of socio-economic change in the US.

The Columbia River Treaty 2020 is potentially being structured as a model that will set the precedence for the creation of future transboundary landscape-scale ecosystems in the US as the means of achieving the UN agenda. Although treaties will NOT override the constitution as seems widely believed, the Columbia River Treaty 2020, like all treaties, will not only become a Federal statute when ratified, but will supersede any existing Federal statutes that conflict with it. This makes any provisions for landscape-scale ecosystem management and mitigation incorporated into the treaty critically important to be understood. Any new policies, definitions, guidelines, or regulations will become the new law of the land.

As was demonstrated by the Wilderness.org blog statements, broad private land use policies can be contained in landscape-scale strategies without this fact being explicitly stated. This makes the Columbia River Treaty 2020 a potentially powerful and dangerous instrument of change for those that want to see the hidden goals of the UN’s 2030 Agenda for Sustainable Development implemented in the US. By converting an international treaty that originally only achieved narrowly defined goals related to hydropower into a treaty that manages all aspects of the ecology and economy of a basin that spans multiple States and two countries, the purpose of the treaty is converted from one of utility to one of socio-economic change.

With Idaho being virtually 100% within the Columbia River Basin, it would be the first state to be dominated by this UN strategy. But we are unlikely to know about it for some time. The success of the injection of the UN agenda into the Columbia River Treaty would likely lie in its ability to exist as a Trojan Horse, lying in wait until other pieces of the overall strategy are realized. We must ask, what changes to US statutes, what court decisions, what regulations and policies are being implemented across the country that, as a whole, will allow the orchestration of sweeping economic and social changes? Great storms are born of the coming together of numerous seemingly innocuous contributors.

Treaties should be restricted to narrow, explicitly defined purposes such as river flow rates, flood control, hydro generation, etc. When treaties contain broad, generalized statements they are effectively writing new policy statements that will supersede existing policy – which is not a proper role of a treaty. In other words, treaties should be the implementation of policy, not the source of policy: a country’s internal statutes (legislation) should determine policy, while its external statutes (treaties) should be limited to the implementation of those internal policies in coordination with other countries to achieve narrowly defined purposes. If a treaty should require a change of policy, that change should first be implemented separately in legislation.

In order to exert the power of government, there needs to be mechanisms in place that allow control of the land and its resources, and through them, control of the people. The UN recognizes that the legitimate methodologies of landscape-scale management and mitigation banking can be infiltrated and leveraged for political ends. There are many who believe that the Columbia River Treaty 2020 has been targeted as an important means of accomplishing this.

British Columbia, in its decision to proceed with renegotiating the Columbia River Treaty, made the following statements:

“…7. Ecosystem values are currently, and will continue to be, an important consideration in the planning and implementation of the Treaty.

8. The Province will explore ecosystem-based improvements recognizing that there are a number of available mechanisms inside and outside the Treaty…

9. Adaptation to climate change should be incorporated in Treaty planning and implementation.”

In the “Columbia River Treaty Review, US Decision” the US Congressional Research Service stated:

“In its Regional Recommendation, the U.S. Entity notes that the Treaty provides benefits to both countries, but recommends that it be modernized so as to [ensure] a more resilient and healthy ecosystem-based function throughout the Columbia River Basin while maintaining an acceptable level of flood risk and preserving reliable and economic hydropower benefits.20 The recommendation included nine “general principles” for future negotiations, as well as several specific recommendations related to alterations of the existing Treaty.21“

These decision statements from the Canadian and US sides, both indicating an interest in including generalized, scope-expanding, “ecosystem-based” language in the treaty, demonstrates the strong potential for this treaty to be hijacked by a politicized agenda. Without a draft version of the “modernized” treaty available, there is no way of knowing what agendas are being pursued behind the scenes.

It should be very clear by now that:

By following a trail from a volunteer opportunity, to transboundary basins such as the Columbia River Basin and the Great Lakes Basin, to the National Wildlife Foundation, and finally to the United Nations, a story has been revealed: the UN, through its members and sympathetic individuals and organizations, is using volunteers to collect data on wildlife and fauna in Boise, ID (and communities across the nation) to formulate baseline land management guidelines as part of its effort to achieve its sustainable development goals. This, in turn, is part of its umbrella effort towards global governance. It would be one thing if the UN and some environmental organizations were pursuing this strategy on their own, but with the US Federal government having accepted the UN’s 2030 Agenda for Sustainable Development and through the DOI actively working towards this goal, it becomes a much more real and eminent threat.

Given the formidable forces at work to inject agendas leading to global governance into otherwise legitimate ecosystem management tools, it is not at all clear that it is even possible for these tools to have legitimate applications. Subtle wording can appear innocent until coupled with future legislation, policy changes, and treaties to become the execution of a cohesive strategy. It should be clear that such long-range planning is well underway. The extreme danger and risk presented to individual rights, liberty, and private property by the strategies of landscape-scale ecosystem management and mitigation may so far outweigh their potential benefits as to preclude their continued use. Close attention must be paid to what develops with the Columbia River Treaty specifically, and with landscape-scale ecosystem management in general.